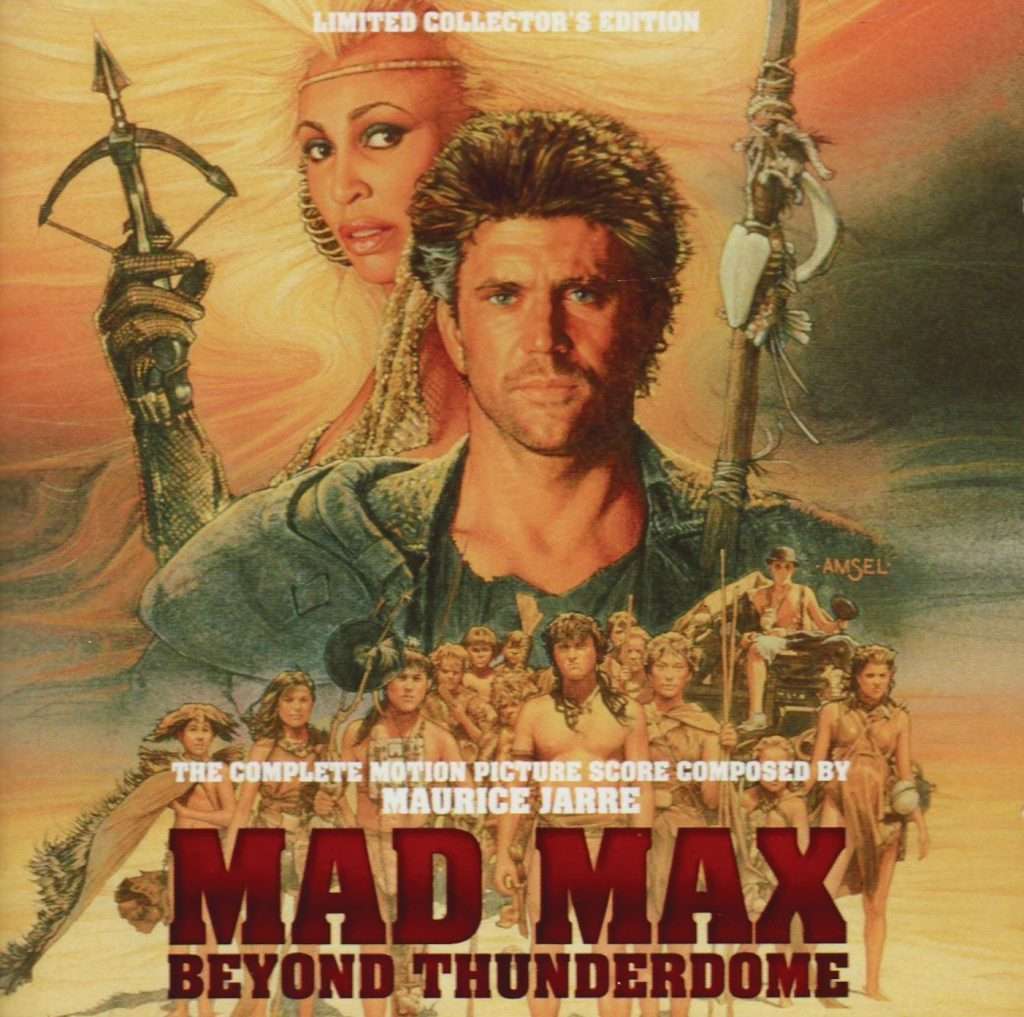 It may seem strange to put it this way, but after throwing shade on The Road Warrior, I really like the way Mad Max: Beyond Thunderdome presents post-apocalyptic civilization.

Bartertown is a functional economy and (just as with Road Warrior) you get the crazy punk-meets-tribal look, only it is now more fully realized.   The use of livestock manure to supply natural gas for power generation is actually “a thing” these days and large scale operations can reach a remarkable degree of self-sufficiency.

We also see the progression from nomadic raiders to a growing settlement and a semblance of civilization, complete with a primitive code of law. 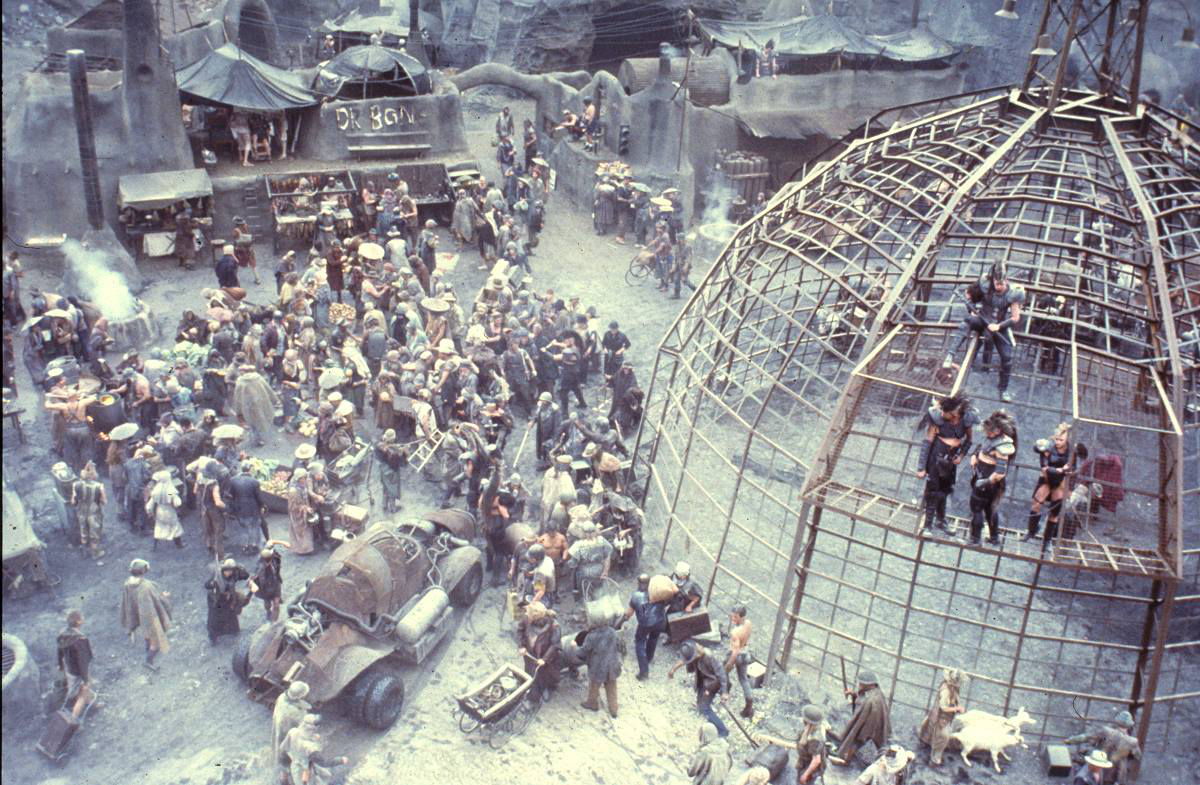 Also: lots of guns.  Their conspicuous near-absence from The Road Warrior may have been a function of budget constraints.  As we’ve seen fiasco, having firearms on set requires elaborate safety protocols, and by minimizing their use, the budget-minded filmmaker can have more money to wreck cars and blow up stuff.

Clearly, that was not an issue with Thunderdome.  Everything is bigger, and Max himself has a small arsenal when he goes to check his weapons at the gate.

About the Strong Woman Thing…

We must make a special call-out to Tina Turner, who is exceptional as Aunty Entity, the matriarch of Bartertown.  I’ve said this many, many times before, but strong women in films is nothing new.  It is as old as film itself.  Her portrayal is marvelous, and her discussion of how she was a “nobody” and is now “somebody” is a wonderful shorthand way to describe her rise to power.

Seriously, does any current female actress have one tenth of this woman’s presence?  Her abode is marvelous – of course desert overlord Tina Turner would have a jazz sax player in her court!  Her looks, style and above all – confidence – she is awesome.  I also like that she isn’t a butt-kicker.  Yes, she’s in good shape, but she appropriately lets her goons do the dirty work.  There’s no need to pretend she’s some sort of unstoppable combat machine.

This makes her character far more relatable – and therefore admirable. 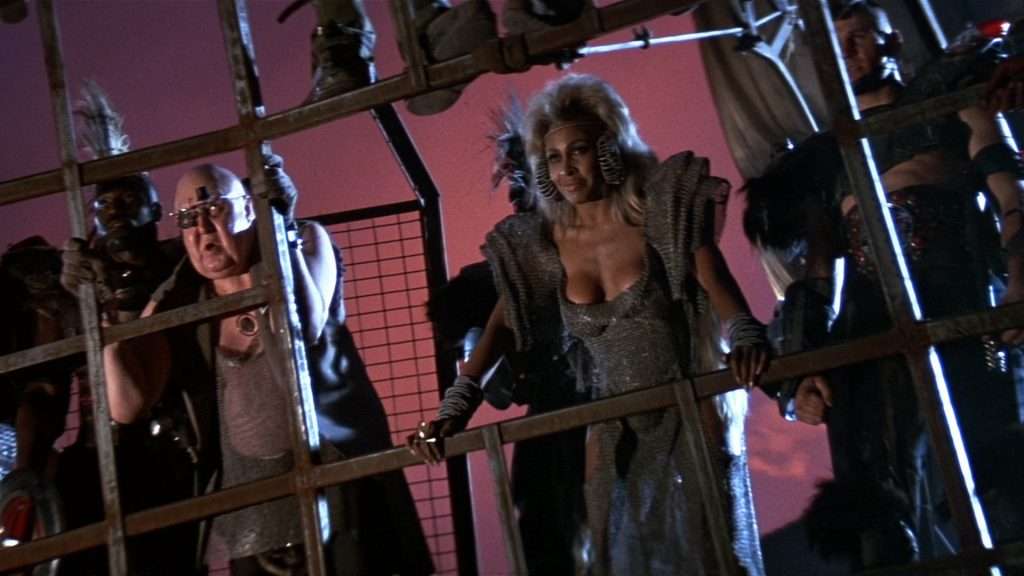 Amidst all the fun and now iconic phrases (“two men enter, one man leaves!”), there is a sour note that I missed when I saw it back in the 80s but now standing out like a flashing light: a complete absence of faith.

The Lost Children have learned their legend, and ascribed semi-divine power to an airline pilot, but what about God?  There’s a reference to the Almighty in the memorial the parents left behind them, but that’s it.

I suppose it is a sad commentary on Australian culture that even in 1985 no one would think that parents would teach children their prayers or a little scripture.  If they were trying to flee the urban nightmare, why not bring along the family bible with your vinyl LP of French lessons?

The clear implication in the film is that religion is just a series of bedtime stories we tell children to make them feel better.  Hollywood’s been hating on faith for while. 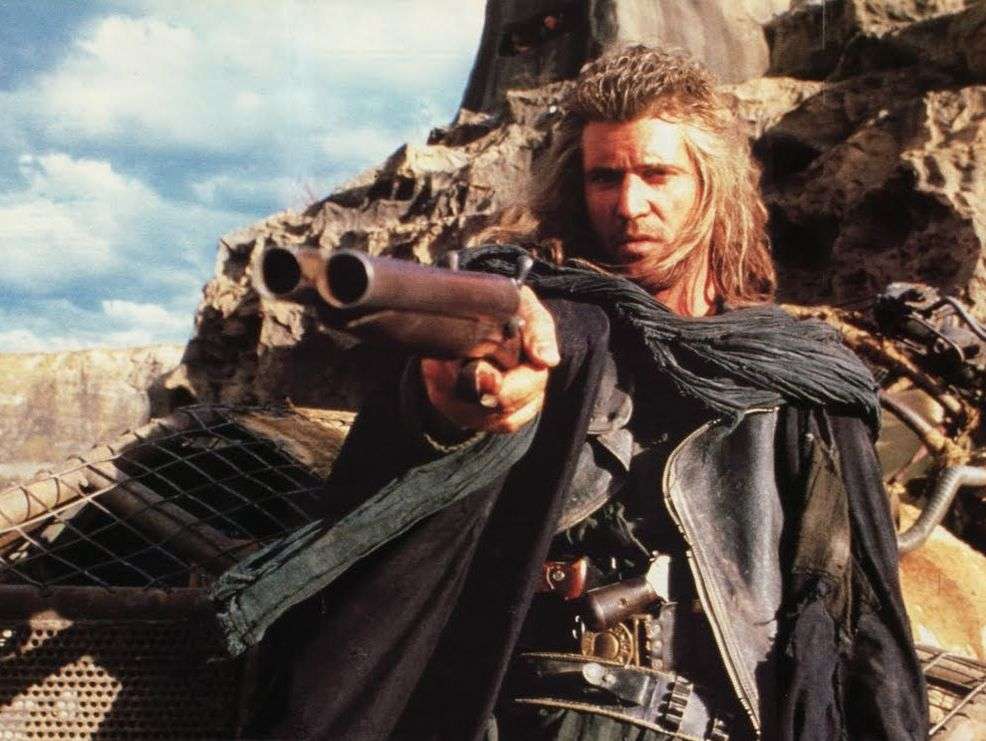 Okay, I had to get another Tina Turner reference in there, and why not?  She’s awesome!  Hey, would-be feminist icons: did your film role include recording a smash hit single?  “We Don’t Need Another Hero” was a global hit, dominating the pop charts.

Once upon a time, Hollywood could produce gripping entertainment and a top-notch soundtrack.  I think the last time I heard music related to a movie was that Lady Gaga vehicle, which was the oh-so-original fourth remake of a film from the 1930s.  And I can’t even remember the tune.

Because I chose to buy physical media in order to watch these classics, I don’t have to worry about streaming services suppressing them.  In fact, the package includes Fury Road, which I had no desire to see, but now since I own it, I’ll have to take a look.   Stay tuned. 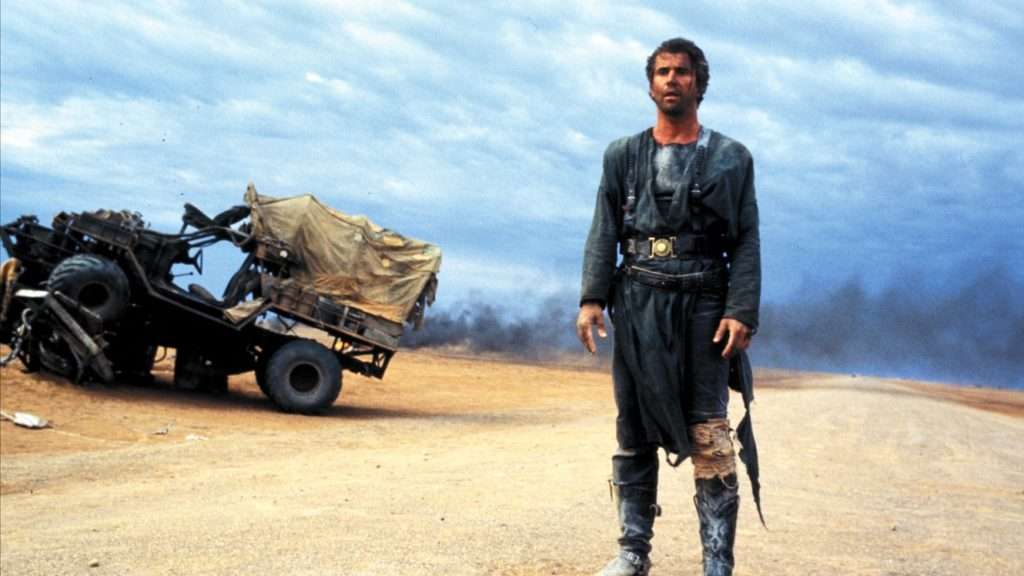