Those who thought Lucasfilm might be cleaning up their moronic SJW ways are sorely mistaken. Kathleen Kennedy has chosen yet again to wallow in the debased political fashion trends of the moment. 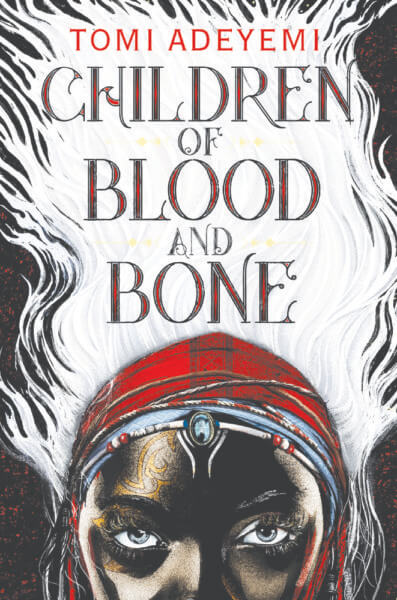 Disney is giving a full embrace to Children of Blood and Bone, the action fantasy film based on the bestselling novel by Nigerian-American author Tomi Adeyemi that originated as a Fox 2000 property.

Sources said that the project caught the fancy of Lucasfilm and that its chief Kathy Kennedy is in the process of making this the first feature property to be produced by Lucasfilm since the Disney acquisition that isn’t Star Wars or Indiana Jones.

The novel was published by Henry Holt Books for Young Readers, and a follow-up, Children of Virtue and Vengeance, comes out later this year.

The official description of the book via Shadow And Act states:

Zélie Adebola remembers when the soil of Orïsha hummed with magic. Burners ignited flames, Tiders beckoned waves, and Zélie’s Reaper mother summoned forth souls. But everything changed the night magic disappeared. Under the orders of a ruthless king, maji were killed, leaving Zélie without a mother and her people without hope. Now Zélie has one chance to bring back magic and strike against the monarchy. With the help of a rogue princess, Zélie must outwit and outrun the crown prince, who is hell-bent on eradicating magic for good. Danger lurks in Orïsha, where snow leoponaires prowl and vengeful spirits wait in the waters. Yet the greatest danger may be Zélie herself as she struggles to control her powers and her growing feelings for an enemy.

That all sounds wonderful. So many historic firsts!

But when we look at Tomi’s Twitter feed, we find the usual kinds of political hyperbole that we’ve come to expect from Lucasfilm miscreants.

And then we also find that she seems to have a problem with police, the fringe left’s most recent political punching bag.

So, why did Tomi delete the first tweet? Only her hairdresser knows for sure. But as we know, these kinds of teachable anecdotes from SJWs oftentimes turn out to be complete bunk, so it is curious. She claims to have video of the event, so it would be interesting to see that. Twitter hosts video, so I encourage Tomi to post it.

Though she may decline, since just walking by police cars scares her.

But at least she gets info from racial impostor Shaun King.

Those are the author’s personal feelings, but how do we know that Lucasilm’s production of Tomi’s book will be anti-police? By looking at the reviews of Tomi’s book on Amazon.

So gird your loins for a moronic political lecture about the evils of police from Lucasfilm while “activists” are burning whatever city you live in. We can only hope that the San Francisco police refrain from putting their lives on the line to defend Lucasfilm studios and offices.

After tagging Bounding Into Comics to my story on Twitter, Spencer Baculi found some additional reviews of note: