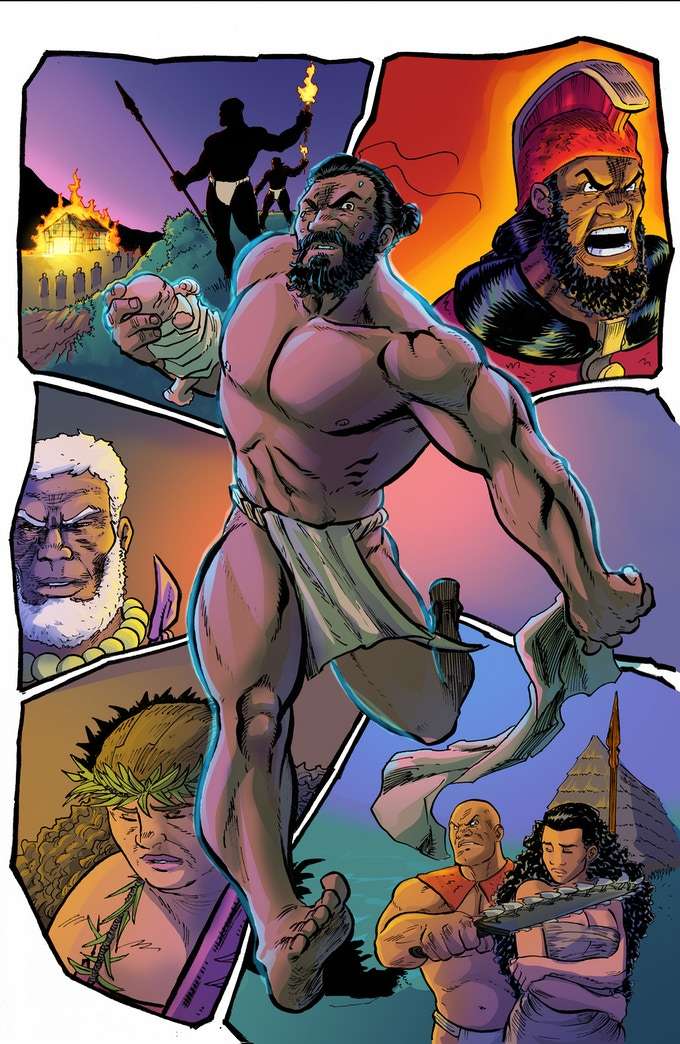 KHON-2 reports that Hawaiian publisher Mana, which has developed several fantasy comics already, is now debuting a comic based on the history of the famous king Kamehamea:

A local comic book company is excited to bring to life the story of young Kamehameha and his extraordinary journey to become the King who would one day unite the Hawaiian Islands. Mana Legends: Kamehameha #1 is their first comic based on true events — and it’s also their first to be available in Hawaiian O’lelo.

“We sunk a lot of time, blood, sweat and tears into this comic,” said Christopher Caravalho, the founder of Mana Comics.

Readers will be transported back in time to experience Kamehameha’s death-defying birth and be introduced to the people who taught him vital lessons on his journey to become the future King, including King Alapa’inui, Nae’ole, Keku’iapoiwa, Kekūhaupiʻo and kahuna.

[…] The comic book will be available in both English and Hawaiian O’lelo, which was also made possible through the Kamehameha Schools Kapalama Internship Program. After Caravalho pitched this idea to the program, their kumu found the next intern to bring on board, Chole Sylva. 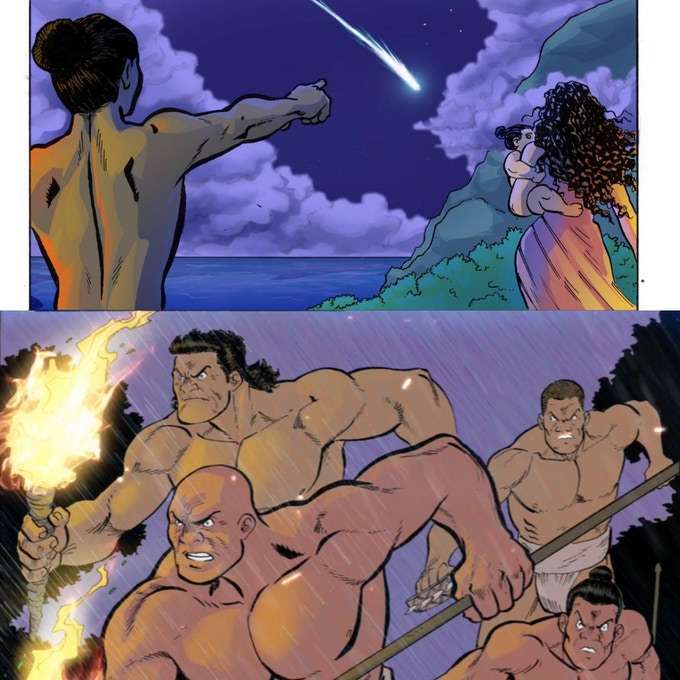 […] When Mana Comics launched their Kickstarter event on March 1, they were fully funded in less than a day. It’s all thanks to their first backers from the community and for being recognized by Kickstarter.

“Our project received a ‘Projects We Love’ badge,” Caravalho explained. “The badge indicates that out of the 20,000 ongoing comic campaigns, our project was selected and considered as one of the best and brightest on Kickstarter.”

[…] “I’m thrilled. I believe in our project. I believe in the power of comics. I believe that in a world where we are competing with a tsunami of digital information, sharing the story of Kamehameha in a comic book will excite keiki of all ages,” Caravalho said. “Our intentions are pure aloha. If we can help ignite a passion in someone to want to learn more about Hawaiian history and culture… pau. We succeeded.”

Yup, they certainly did, and it’s a project to admire, learning about the early Polynesian inhabitants of the islands in the south Pacific. This is decidedly an indie publisher to appreciate, as they’re doing stuff the mainstream is failing to consider. Congratulations to Mr. Caravalho for a job well done in crowdfunding and development.