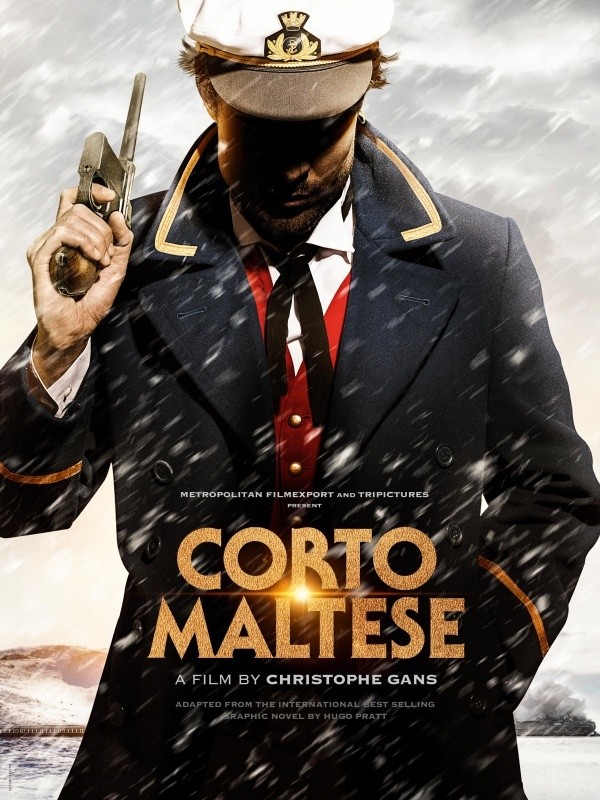 2020 will see a live action based on Hugo Pratt’s comic anti-hero, the swashbuckling sailor Corto Maltese. Directed by Christophe Gans (Brotherhood of the Wolf/Silent Hill) the movie will star Tom Hughes – who at the very least has the sideboards for the role. Nothing wrong with that, I say as a sideboard sporter myself.

Unfortunately, the picture has the tinge of a ‘throw everything in’ Euro-pudding, with a Paul W. S. Anderson vibe  due to the the presence of Milla Jovovich in the cast, as well Gans regular Mark Dacacos (John Wick III). Real life character the randy Russian monk Rasputin puts in yet another fictionalized appearance – after the recent Hellboy reboot and upcoming The King’s Man.

As Maltese is little known to English-speaking audiences, will the movie follow the so-so performance of other relatively recent Euro comic adaptations such as Largo Winch, Valerian, Blueberry, Dylan Dog, Adele Blanc-Sec and Snowpiercer?
And speaking of which, whatever happened to Sky’s Danger Diabolik series? A promo was cut back in 2012 and then Sky UK drama boss Anne Mensah announced British participation, but sweet FA since then.
"Diabolik - La Serie" Trailer della nuova serie Sky Cinema
Just some random thoughts I had.