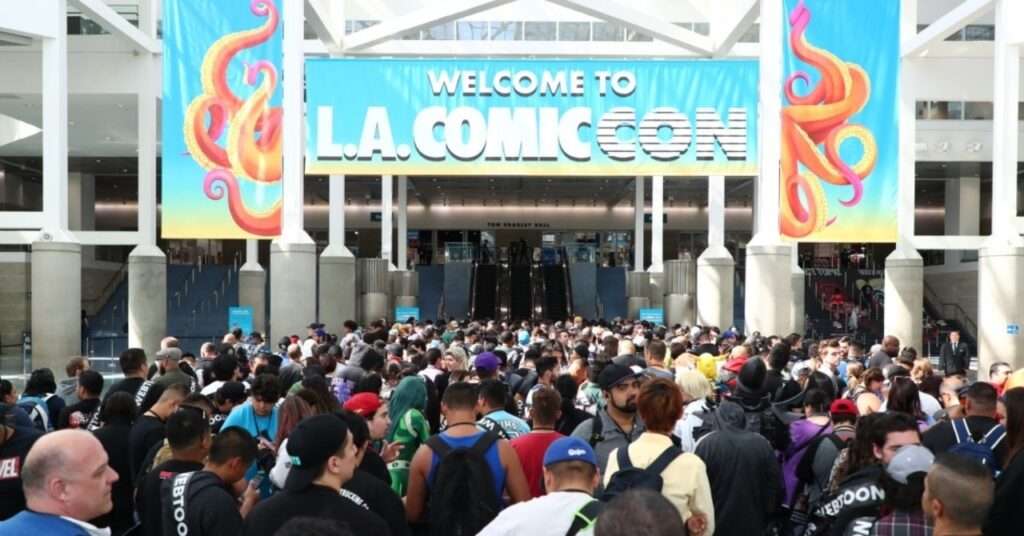 “When we realized we couldn’t hold our event last December, we defaulted to the September 2021 dates because that was the same weekend we would’ve had our original show in 2020,” said Chris DeMoulin, CEO of Comikaze Entertainment, L.A. Comic Con’s parent company. “However, now that we’ve seen how 2021 is playing out, we’ve concluded that the new December dates feel the most accessible for the largest number of fans. By that point in the year, more people will likely feel safe attending an in-person event, and we also wanted to insure that our dates wouldn’t interfere with people’s holiday plans. Considering all of the precautionary factors in terms of vaccines, safety trends and California color-coding, we believe the Dec. 3-5 dates yield the best chance of being able to host our most complete in-person show. For fans who prefer not to attend an in-person Con in 2021, we’ll have more streaming offerings than ever before to ensure they have the opportunity to participate in live panels and talent meet-and-greets, with virtual access to every main stage and secondary panel.”

Last month, L.A. Comic Con announced its first all-virtual show, Micro Con, taking place on April 17. The virtual event will introduce many of the innovative digital elements that organizers are including for future Con events. “Micro Con is really a Microcosm of a full IRL Con.  It will allow us to introduce several new digital products for the fans, and work with them to scale it for a larger audience,” said DeMoulin.

All currently held consumer tickets for the September 2021 dates are rolled over and valid for the Dec. 3-5 event. All previously announced talent and exhibitors are still confirmed for the new show dates, including Zachary Levi, best known for his leading-roles in “Shazam!”, “Chuck”, “Tangled” and many more; Tom Welling, best known for his roles in “Smallville” and “Lucifer”; and comic legend, Frank Miller, best known for “Sin City”, “Batman: The Dark Knight Returns.”

In addition, new guests such as Tom Kenny and Giancarlo Esposito are being added each week.

Finally, L.A. Comic Con will be the first Con to offer a collectible set of free NFTs featuring art from the Con’s archives. Organizers state they’ll be introducing small collectible NFTs for Micro Con as a precursor to launching two packs of NFTs for December’s event. Everyone who buys a ticket to Micro Con will be given a digital wallet with an NFT sleeve with one of the five NFT collectibles included, and there will be other ways to collect them as well. These first five NFTs will feature some of “The Art of L.A. Comic Con” from 2011 to 2015.