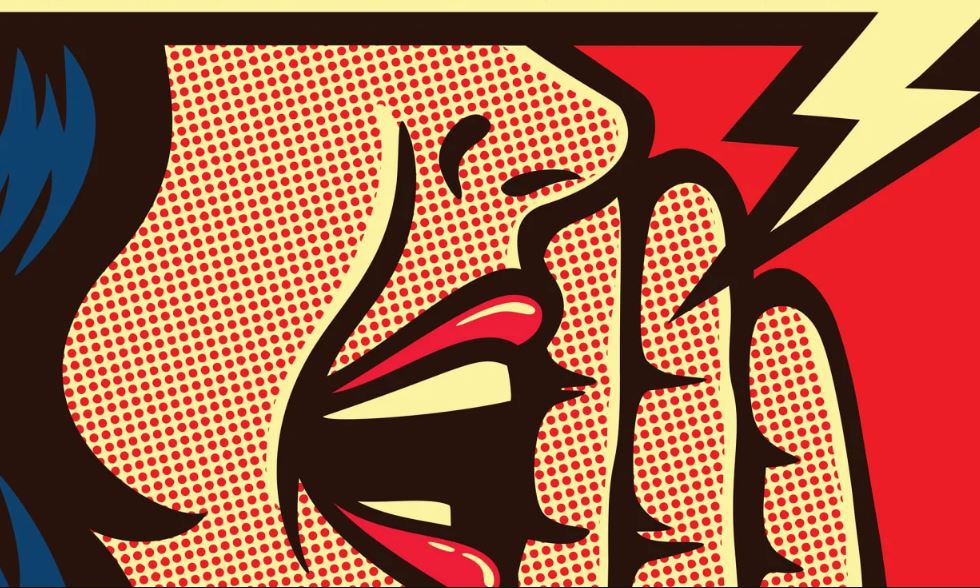 A writer at a site called Culturess asks if Marvel/DC’s comics divisions are facing trouble, and at least that part of the discussion has validity:

The Marvel Cinematic Universe and DCEU are synonymous with the word “blockbuster” these days, but with behind-the-scenes turmoil going on at both Marvel Comics and DC Comics, it seems like the mainstream comic book industry is headed toward extinction.

At Marvel, there have been troubling reports coming in for years about questionable behavior in the editorial departments, while DC (which is owned by WarnerMedia) just laid off 600 employees, including a third of its editorial staff. All this drama has fans and critics alike wondering what does this means for the future of the industry?

It’s only now I’ve actually heard of questionable behavior in Marvel’s editorial division (when it comes to freelancers like Jason Latour, those are already known), but it wouldn’t shock me if they too had the same problems DC had with Eddie Berganza, and tolerated whoever was guilty while covering it up. I’m sure whatever we’ll hear about past and present Marvel employees will get worse soon enough.

Once live-action projects started becoming successful, it felt, at times, that comic books were being used for little more than marketing collateral for whichever movie or television series would come out in the next couple of months. Rosters of classic Marvel teams, like the X-Men and Avengers, would abruptly change to match whichever characters would be featured in the latest live-action project, even going so far as to change their comic book costumes to match the ones the characters were wearing in the project. 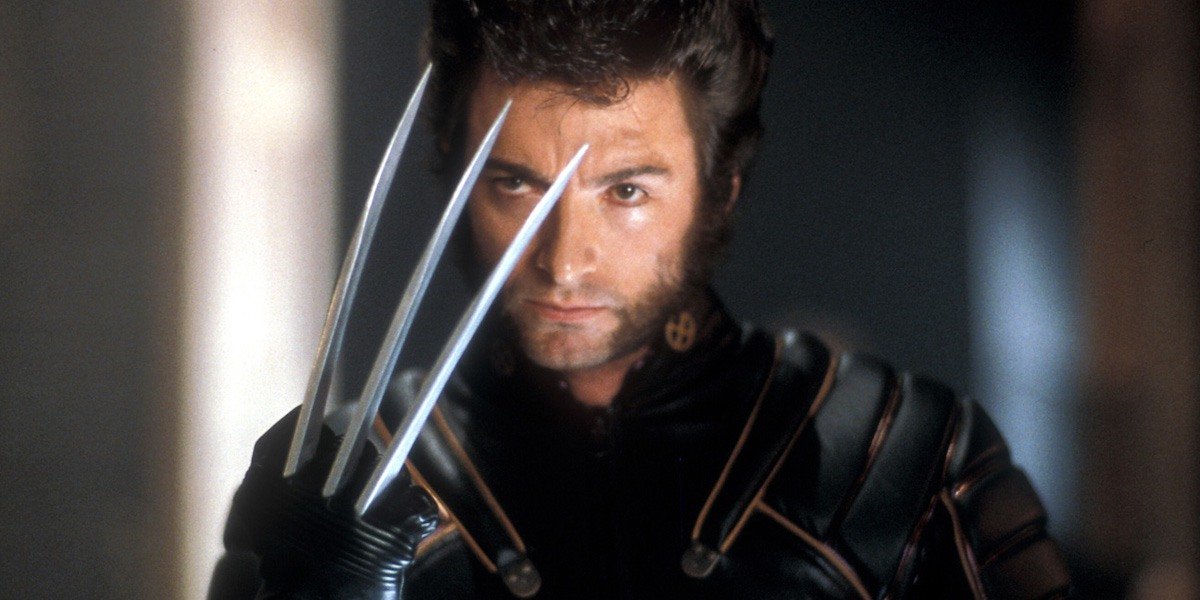 See, there’s a telling problem from the early years of major movie adaptations. Changing the X-Men’s costumes to match the duller-looking ones from movies was one way to lessen the creativity in the comics proper. They weren’t even as impressive as the 60s costumes, or those worn by the New Mutants in the 80s.

While I eventually stopped collecting comic books on a regular basis, due to a combination of disillusionment over the decline in quality storytelling and the rising costs, I did keep tabs on my favorite characters and had a regular subscription to Wizard magazine. (Remember those?) Gone were the days of massive crossovers that had rippling effects for years to come. Everything would just get clean slated by a company-wide rebranding almost every other year. As an adult, I was so excited to see so many new live-action projects spring to life. New shows and movies were being announced left and right, but there was hardly ever any publicity about comic books anymore. 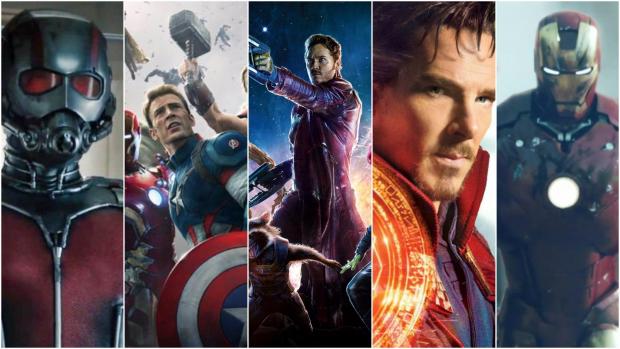 And moviegoers clearly never flocked to stores en masse, so what was the use of those movies? All they did was serve as a wellspring for filmmaking, and little else. As for crossovers, now here’s something worth disputing. Why does she think those had long term value? I would beg to differ, arguing they gradually served to take away what she has the sheer audacity to cite: a drop in quality stories. In fact, why must a crossover have to be what it takes to have any effect on a whole shared universe, rather than develop long range effects on an individual, title-by-title basis? And if the slate is later cleared away, what if it’s because in the long run, the effects the crossover had were demeaning and offensive, and did the products far more harm than good artistically? If she’s saying crossovers were literally a great thing, I would have to disagree. They certainly had less meaning after the 80s, and some of DC’s were considerably worse than Marvel’s.

Then the stories about sexism that involved the origin of the Comicsgate scandal, as well as subtle micro-aggressions of homophobia, started coming to the surface. Comicsgate was a “movement” that was sparked when then Marvel editor Heather Antos gathered some of her female colleagues for a selfie pic in which they toasted milkshakes to honor legendary Marvel publisher Flo Steinberg. Almost immediately, Antos and the company were bombarded with harassment and offensive responses from male “fans” who felt like she was pretending to be a Marvel fangirl. The divisiveness of Comicsgate still endures to this day, creating a Civil War within the comic book industry.

If divisiveness endures, it’s because people like her want it to.

She says quality storytelling plummeted, and then she goes right along and not only perpetuates smear tactics like the manufactured milkshake mishmash, she also attacks a movement that was concerned about loss of said quality. People like her seem to be taking up this hook, line and sinker mindset deliberately because they just have to have something to believe in, whether it’s true or not. What’s the use of claiming she’s concerned about meritocracy if she doesn’t want any campaign or movement upholding it to exist? The campaign could be named “rescue comics”, or “support merit tales for comics” and people like her would still damn it as the apocalypse of evil they want it to be. She even talks about the following social justice manufactured outrages:

Writer Matthew Rosenberg stirred up controversy just last year by killing off Rahne Sinclair, aka Wolfsbane, in Uncanny X-Men #17 depicted in a scene reminiscent of a transgender panic murder. Rosenberg later apologized following fan outcry, but this is just one of the latest examples of how poorly Marvel Comics is handling diversity behind-the-scenes.

Earlier this year, former Marvel writer and artist Sina Grace detailed his experience with the Marvel editorial team while completing his successful run on the short-lived Iceman solo series on his blog. In the entry, Grace talks about how he was suddenly pulled from a lucrative project with no reasonable explanation and eventually dropped by the company altogether. He spoke of the straight white male arrogance that reportedly permeates the office culture at Marvel Comics. […]

The problem with the Sinclair killing is that none of the SJWs reacting seemed to care Rahne herself was knocked off without actually defending herself to the bitter end; she just suddenly gave up. But, that’s not what Rosenberg apologized for; he only apologized for allegedly making it similar to what they call transgender panic. The problem with Grace is that he’s a SJW himself, and saw nothing wrong with changing Iceman into something he was never created as. Just like the columnist herself doesn’t seem particularly concerned. Otherwise, she would’ve written this piece objectively, acknowledging Stan Lee’s X-Men cast member Bobby Drake was heterosexual to start with. There’s quite a contradiction on success if the series was short-lived, and didn’t find many buyers. Grace’s whining merely makes clear it doesn’t matter to him how far to the left Marvel’s staff leans; they’re just not liberal enough for him, explaining why he wrote such an arrogant rant. If he’s been dismissed from Marvel’s employ, he won’t be missed.

It’s hard to say what the future holds for the mainstream comic book industry. One silver lining out of all of this is that smaller, independent comic book publishers like Valiant and BOOM! Studios are flourishing now more than ever.

Umm, there are independents who’re doing relatively better, but it ain’t Valiant. Certainly not after Antos got a job with them. And if all they were revived for was to serve as movie-making material, that’s how you know something went wrong.

The issues at Marvel seem to be more deep-rooted than the ones at DC. DC may undergo some restructuring, but hopefully, once the world gets back to our new normal, they’ll be able to rehire most of the staff that has been laid off. It doesn’t sound like Marvel’s problems are going to be fixed without some drastic changes being made to the way things are done in the ole Marvel Bullpen.

Well, isn’t this telling quite a bit. The issues at Marvel happen to be the social justice propaganda they haven’t really let go of, which DC is following up on as we speak. If they don’t rid themselves of all social justice advocates, and better still, find a more qualified owner, they’ll never be fixed. Same for DC. And lest we forget, if they haven’t been putting out quality storytelling in the past decade, let alone at affordable prices, they won’t be able to rehire many staffers. That line is simply laughable. Finally, she caps it off with:

In this day and age, finding qualified, diverse hires doesn’t seem like such an impossible feat as they’re apparently making it out to be. I’m sure several of the staff at DC that have just been laid off would love a call from Marvel right about now.

*Ahem* Make up your mind whether you want qualified, or diverse.

You certainly can’t have an artistically successful company if you don’t have merit put at the forefront. There have always been “diverse” hires in past decades, and certainly plenty of women in the industry, including Ann Nocenti. It’s if these are talented people involved that the stores could work well. Today, it’s otherwise just based on a manufactured bluff that those described as “diverse” are hired, and that’s why, no matter whom they’re hiring, stories and sales just aren’t working. A real pity we have here one more example of a leftist who can’t comprehend any of that.