With all the palaver about Bond 25 and its mammoth three hour running time, maybe it’s time for producers to cash in on the spy vs spy action and resuscitate some other similar figures from literature for either film or TV/streaming?

After a couple of the so-so movies after the Alec Baldwin/Harrison Ford pictures, John Krasinski’s take on Jack Ryan made a successful transition to the small screen as a streaming series. And some of the best known alternatives to Bond include Modesty Blaise and Bulldog Drummond, both of which were turned into movies to compete with Connery’s 007. 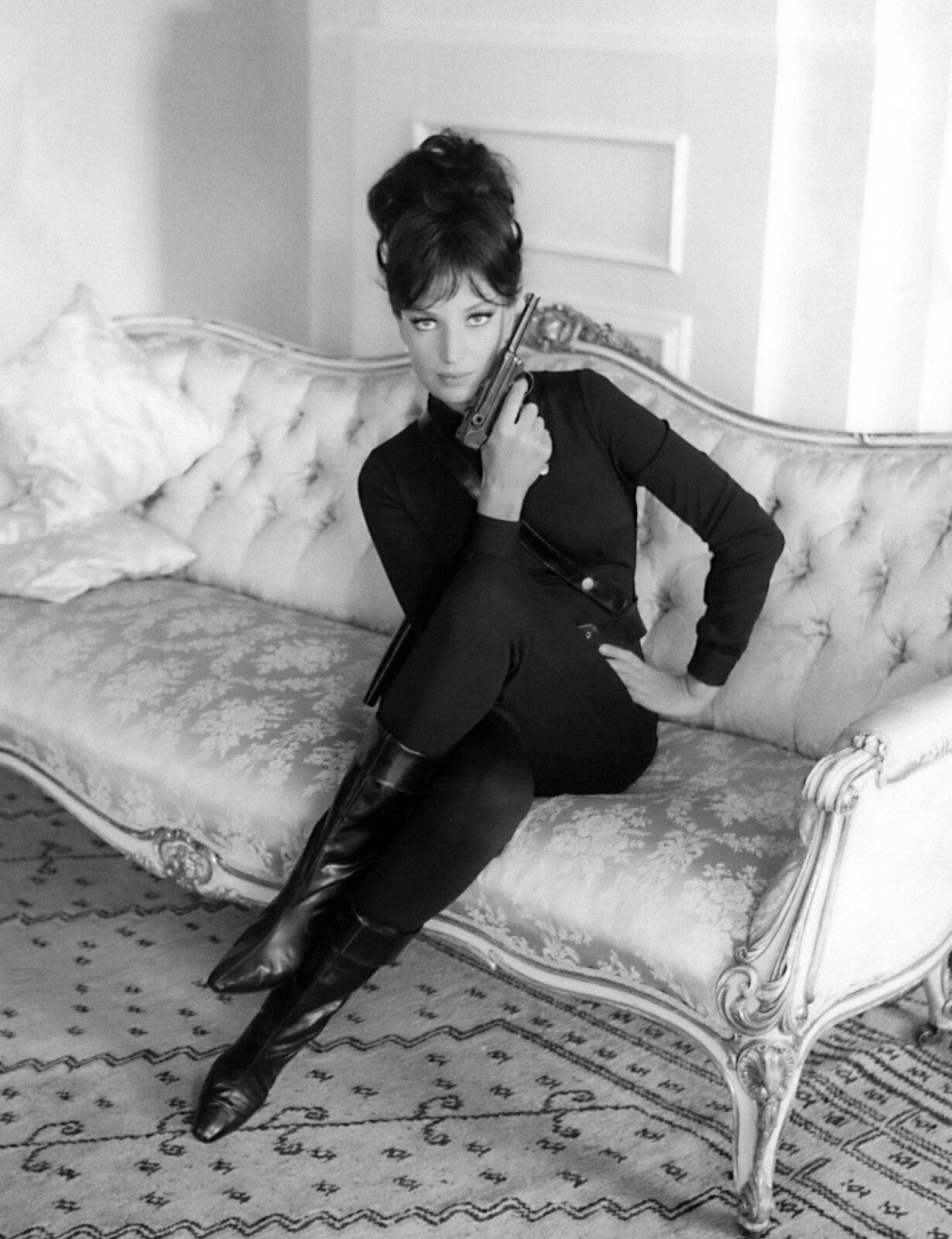 In the 2020s, Modesty would seem ideal for a reboot, a female protagonist with enough ambivalence around her motivations to provide an interesting back story. Joseph Losey directed a ‘high camp’ movie take on Modesty Blaise in 1996, a failed pilot was also shot in 1982 and Tarantino exec-produced a low budget TV movie in 2004.

Bulldog Drummond featured as the two protagonists in two 60s movies, both were an exercise in pop-art camp, starring Richard Johnson (once under consideration for Bond) as the investigator.

Another character ripe for  revival including  The Saint, who was previously played by George Sanders, Roger Moore, Ian Olgilvy, Simon Dutton, Val Kilmer, and by Adam Rayner (who?) in the recent dire TV pilot on Netflix.

The character of Matt Helm is best known for the cheesy Dean Martin version, quite unlike Donald Hamilton’s novels.

Bradley Cooper is pegged to play Helm in a proposed movie:

And if you’re going really out there, Michael Moorcock’s  bisexual secret agent Jerry Cornelius , as immortalized by the hugely underrated Jon Finch in the very strange 1973 movie The Final Programme. Submitted for your perusal: