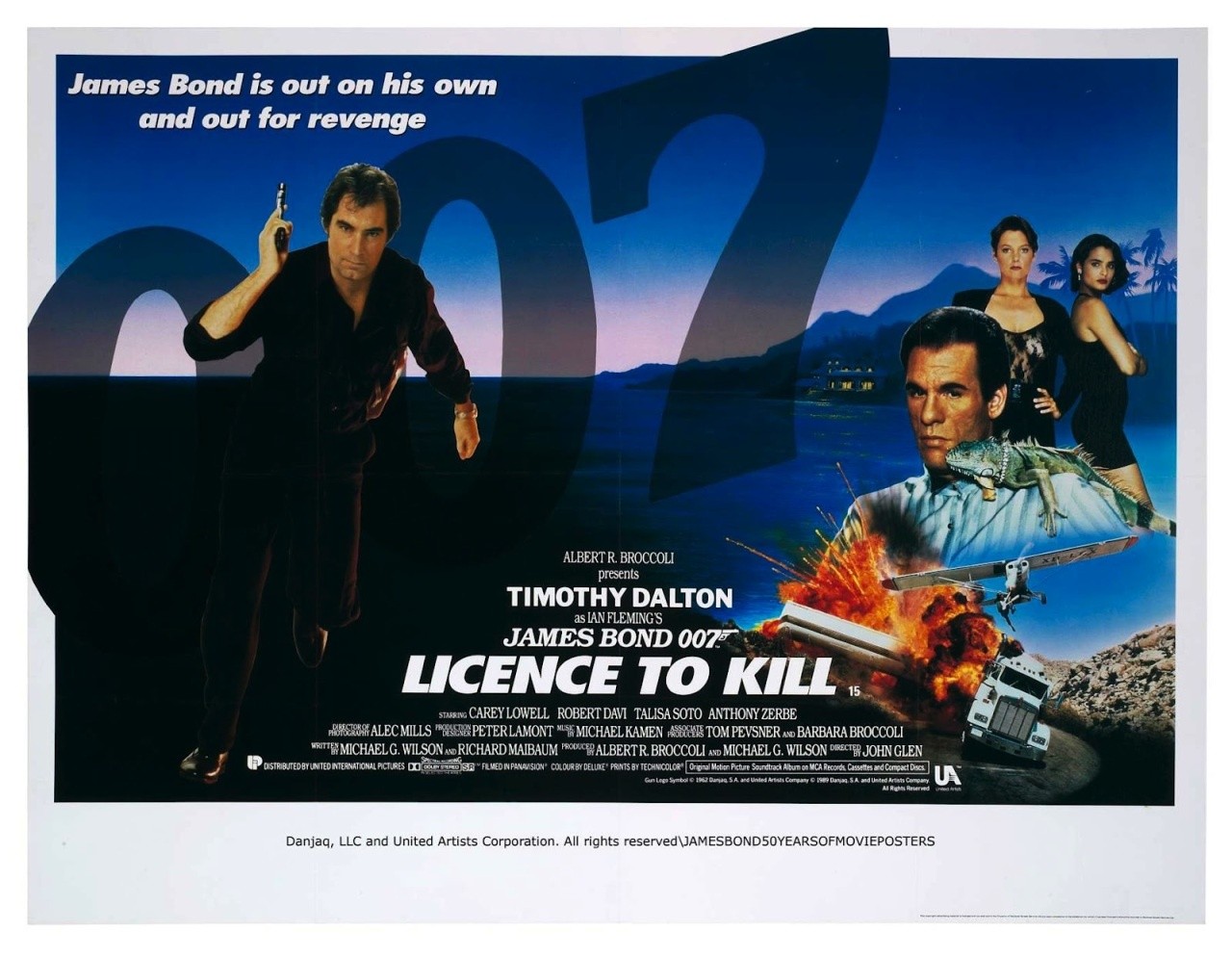 #11 in my Ranking of the James Bond Franchise.

James Bond goes rogue, and they used just about the best actor to do it with. I’ve come up with pithy little ways to describe each actor who’s played Bond so far. Connery is the predator. Lazenby is the innocent. Moore is the lothario, but I’d had trouble coming up with one for Dalton. Licence to Kill, though, made it obvious. He’s the vicious animal, and the vicious animal is the one to go rogue and take revenge without his government’s permission.

The big flaw at the beginning of the movie is Felix Leiter himself. Felix has appeared on and off throughout the franchise up to this point, but he was only ever once played by the same actor twice. That would be David Hedison who played Leiter in Live and Let Die and then again here, in Licence to Kill. To make matters worse, Leiter was played by John Terry in The Living Daylights. I’ve never really felt like Leiter made a significant impression in any film he’s been in, and using his near death experience to drive Bond to revenge feels thin. The emotional justification should really be contained within the film itself, and not reliant on any other film in the franchise, and even there I feel like the film stumbles. Bond and Leiter go from a limo on the way to Leiter’s wedding to a suddenly formed ambush on a Columbia drug lord in Key West. I don’t get a great sense of camaraderie from the pair in these early scenes. In a sense, they don’t have much chemistry, so that when Leiter gets kidnapped and half-fed to a shark, Bond’s reaction to go off and take his anger out on Fred Sanchez doesn’t feel quite earned.

Still, go on that revenge mission he does, and once Bond is on the warpath, the movie clears up and tells its story of vengeance clearly, entertainingly, and with verve.

Bond needs to find a way into Sanchez’s operation to get close enough to him to kill him, but, being James Bond, simply killing Sanchez wouldn’t be enough. He needs to take out Sanchez’s entire drug business along the way. He meets up with Pam Bouvier, a CIA informant who had been working for Leiter and Lupe, Sanchez’s squeeze who puts up with her drug lord boyfriend’s physical abuse because it’s still better than where she came from. Bond being either inherently monogamous or not that interested in women, makes no real moves towards Pam and rebuffs every move Lupe makes towards him. 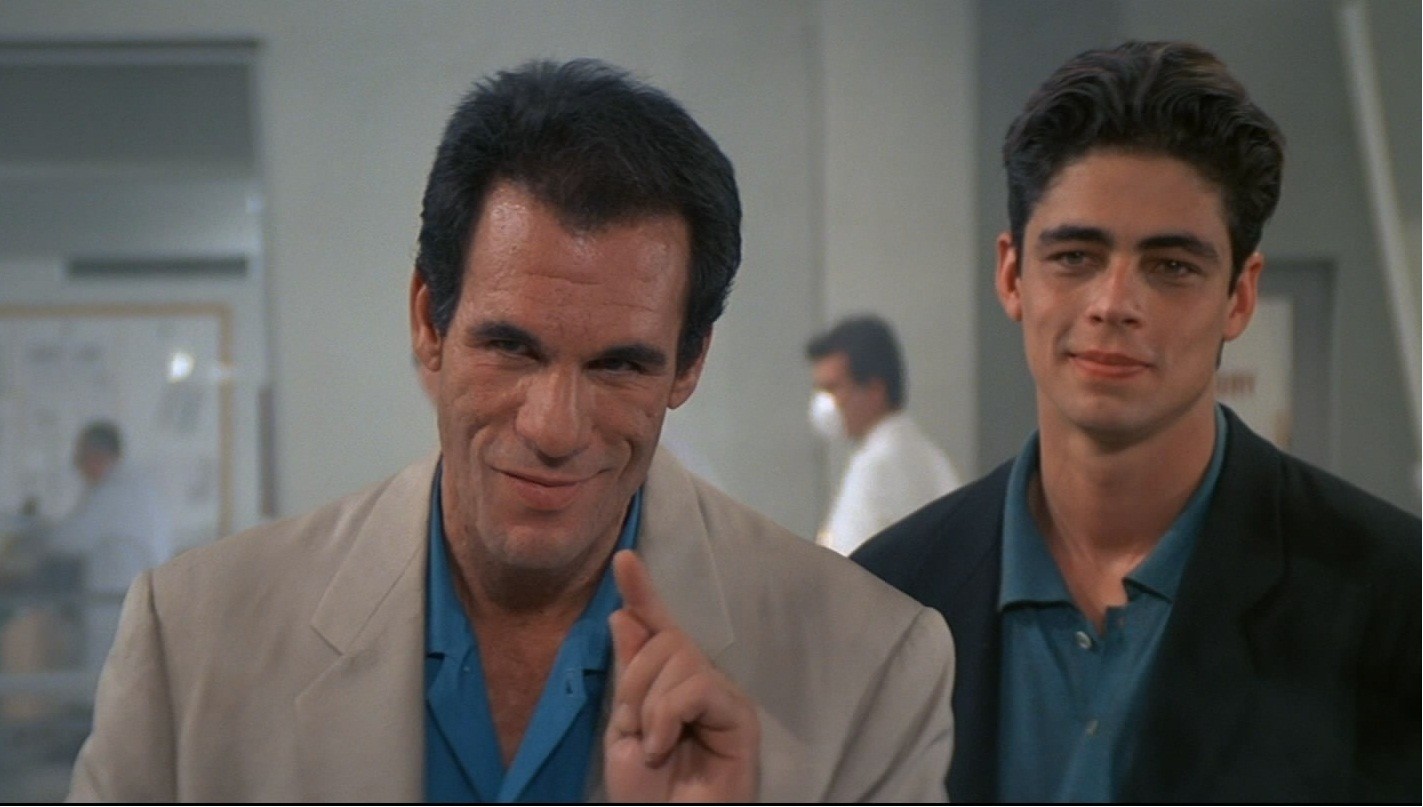 Anyway, Bond uses information that connects a small fish farm operation in Miami run by Milton Krest with Sanchez, and follows them out to sea. How Bond first screws with Sanchez’s operation is there, and it’s one of the most exciting action set pieces in the Bond franchise. The thing about action scenes is that you have to constantly reinvent what’s going on to keep things exciting and interesting. Spielberg does this rather effortlessly, but Bond movies have a habit of repeating themselves within action scenes a bit. Not here. Here, Bond shoots a man on board a boat with a harpoon, steals his scuba equipment underwater, finds the underwater craft carrying a bunch of heroin, cuts the bags open in the water, gets onto a seaplane passing overhead, takes over the plane, and flies away with several million dollars, casting out a few hundred thousand out the winder because he has no real care for the money. It’s an exhilarating series of beats that constantly feels fresh, and it advances the story. For with that money, Bond has his way into Sanchez’s operation while also undermining Sanchez’s faith in his own organization. 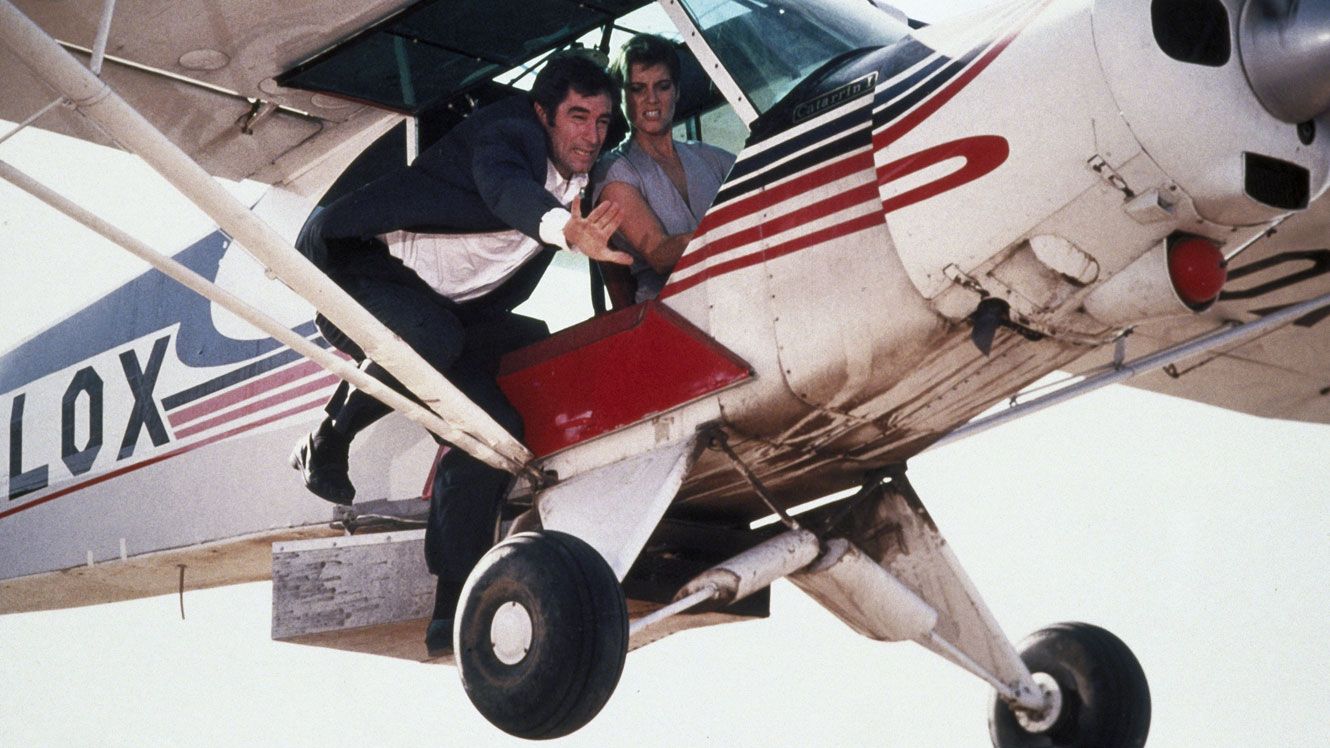 Going to Panama, er, Isthmus, Bond gets in through a mixture of flashing cash, lies, and nerve with Pam’s help. He uses Lupe to get closer while creating the trail of breadcrumbs that leads Sanchez to believe that Krest stole Sanchez’s heroin and money. It’s an intelligent series of conversations that feels like something out of the best of Connery’s films. It all ends at a large cult-like facility where Wayne Newton plays a TV preacher personality who operates as a front to part of Sanchez’s drug operation. Bond destroys everything, because he’s James Bond, vicious animal.

I liked Dalton in The Living Daylights, but it’s really here that he comes into his own. He’s exciting in his anger and carries the physical side of the action well. It really is too bad that the rights issues got tied up like they did and Dalton pretty much aged out of the part before he could get a third adventure in. The supporting cast is good too with special mention to Robert Davi, dangerous as Sanchez, and a very young Benicio del Toro who instantly screams with talent as the physical threat of an antagonist. 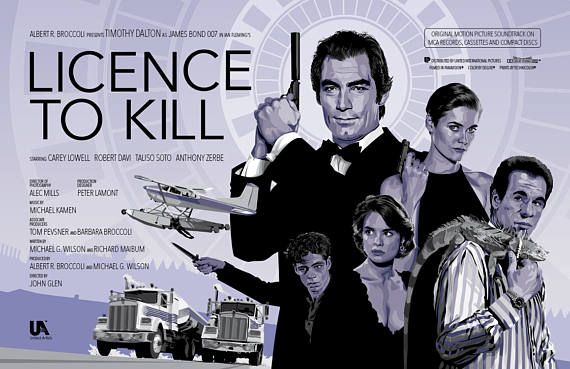 It’s exciting, fun, and a new direction for Bond that he hadn’t followed before. Acting is good, and the action is inventive. The plot never feels like an amalgamation of disparate things even though it is made up of several elements that don’t automatically feel like they should go together (drug kingpin and TV preacher, for instance). It’s good stuff, but a quick end to the second shortest tenure as Bond.