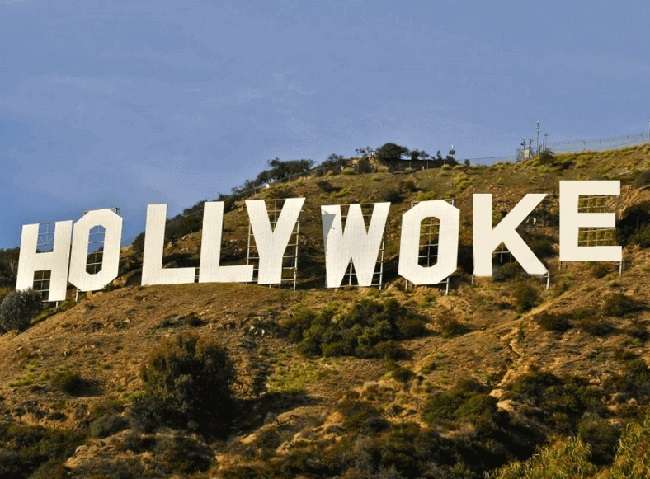 The “woke” left has been infiltrating and taking over popular, long-running franchises and properties for years. The get involved with a reboot or reimagining that uses the name and nostalgia to draw in viewers and fans of the original property. However, the plot and the characters bear no similarity to the canon, mythology or lore of the original, and viewers quickly learn that their favorite characters were either gender or race swapped, or simply not at all acting like they did in the previous iteration, or worse yet being killed off in front of them. Isom comic creator Eric July and commentators like Avi Green, Jon Del Arroz, and Gary Beuchler have been talking about this for years.

For years, conservatives disregarded this clear and present threat that leftists posed to popular media such as television, movies, comic books, and video games. Many thought that these issues were unrelated to politics and that everything would be alright as long as we maintained our position in the culture This was a terrible error. Politics and pop culture do not follow one another in a linear fashion.

Thankfully the cultural war is finally beginning to get the attention from normies, as well as conservatives, libertarians, and liberty-minded individuals, that it deserves. But the left never rests and more action must be taken to halt the overabundance of leftist propaganda in our media. The implication of this is that we must create our OWN media, including entertainment media.

Brandon Smith has been writing about this, as well as the concept of decentralization, for years,  before the threat of the woke takeover began to show itself. He says alternative media has proven that decentralization can and does work, but there is much work to be done.

Most popular media is still well under the control of people that espouse extreme cultural Marxism and globalism. Woke ideology is a communist-like movement and such movements spend a lot of time and energy seeking to disrupt the foundational culture of a nation. They do this because once the old culture is in ruins they can then introduce their own aberrant and tyrannical culture in its place. They are culture killers, and they do this deliberately because it is a methodology for gaining power.

Proponents of woke ideology will claim that they have nothing to do with Marxism or communism (while openly admitting they are trained Marxists). They will claim that Marxism and communism are purely economic movements. This is a lie. All communism is predicated on cultural destruction; this is a historic FACT. We can see parallel similarities between the social justice movements of today and movements like the Cultural Revolution in Mao’s China from 1966 to 1976. Any heritage, media or religion that competes with the communist model is targeted for erasure and this is what is happening right now in America.

The progressive Marxist lefties in our entertainment apparently enjoy destruction considerably more than production. Every project they get involved with contains elements of “critical theory”. Each episode or issue seems to promote diversity quotas in narratives where they are unnecessary. Every film, television program, comic book, and video game must represent the “modern world.”

Smith goes on to say that projects like Amazon’s ‘The Rings of Power’ will be the “death rattle” of woke social justice content, where he is convinced that the massive negative fan reaction to Amazon’s series indicates a change in the way Americans view their entertainment – no longer passive, but actively using discernment.

It would seem Amazon messed with the wrong nerds. Never before have I witnessed such a unified response to an attempt by a major corporation to pervert a loved property. What this tells me is that the majority of people are starting to become wise to the agenda in media and they are finally taking action by letting these companies know they are not going to play the game. Neither politics nor culture are downstream from each other, they are parallel and equally vital. The fight for one must be taken as seriously as the fight for the other.

Amazon’s hubris has led to an epic mistake which has set fire to the Beacons of Gondor. Everyone knows and everyone is watching them. This may very well mean the death rattle of social justice in popular entertainment as even the normies begin to abandon these shows and movies that represent nothing more than public sacrifices to the social justice gods.  Soon, no one will be watching.

Brandon not only praises the stances that other crestors such as Eric July and Andrew Shulz have taken, but he intends to make his own comic book as well. It’s time for other conservatives and liberty minded individuals to take entertainment away from the destructive social justice warriors and give it back, on their own terms, to the fans of entertaining content.