Is the GI Joe Franchise Dead? What Could this Mean for Star Trek? 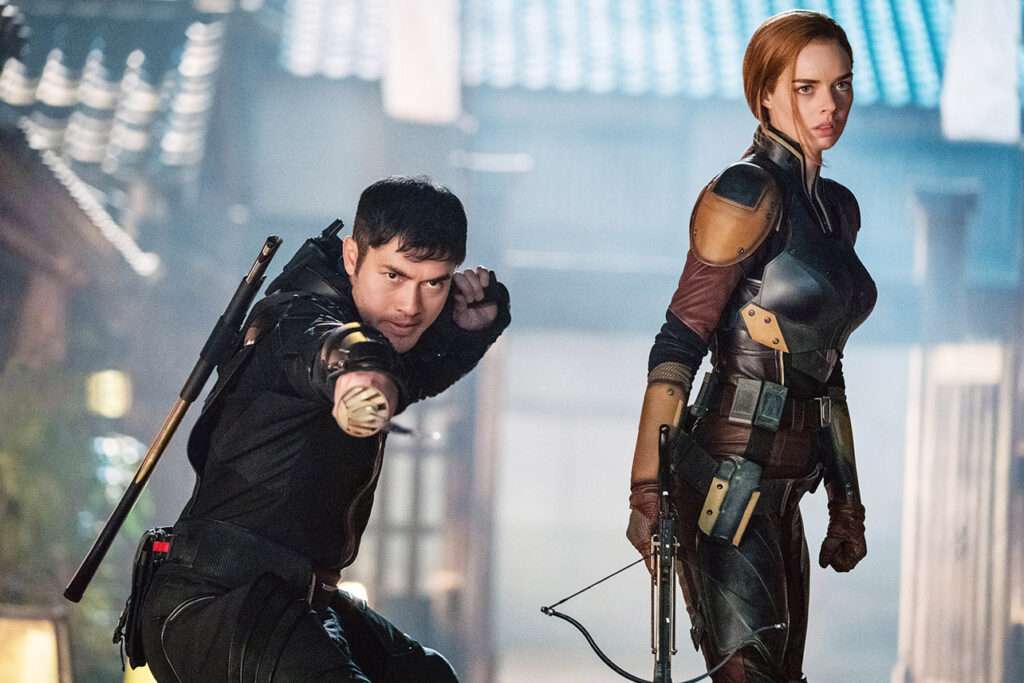 It’s been a few weeks since the 3rd GI Joe-related movie, Snake Eyes, tanked at the box office, but here’s a Forbes article discussing the failure, and what it means for further Star Trek movies in consideration by Paramount, along with any plans for more superhero movies:

There are a million reasons why this happened. Offhand, audiences didn’t want another badly-reviewed G.I. Joe movie. Audiences didn’t want a reboot that was a prequel for “the movie you wanted to see,” etc. The expected crash for the “Snake Eyes before he was Snake Eyes” flick serves as a cautionary tale for whatever Paramount has in the works for Star Trek. It’s been five years since the lackluster performance of Justin Lin’s (mainly well-liked) Star Trek Beyond, which earned $158 million domestic and $338 million worldwide against a $185 million budget. That means we’ve been getting five years’ worth of “Star Trek 4 is going to happen!” news blasts.

It started days before Star Trek Beyond, with word that Paramount was developing a sequel involving time travel and the post-death return of Chris Hemsworth as Kirk’s late father. As I noted then, it was a bluff, a preemptive show of false strength to make the upcoming film’s commercial performance seem more promising than it turned out to be. It’s not unlike when Warner Bros. reacted to the horrific 69% second-weekend drop of Green Lantern (which would eventually earn just $220 million on a $200 million budget) by (allegedly) announcing a sequel. Ten years later, and there’s no Green Lantern 2. We’ll see if Cruella 2 or Wonder Woman 3, both announced as a show of perceived success, actually get made.

Which reminds me again that since the 2013 Man of Steel movie, no solo film for Superman was made, and now, if there is going to be one, it turns out the unbearable Ta-Nehisi Coates is developing the screenplay, leading to worries it’ll embody all the worst PC traits you could think of.

A Star Trek movie with the rollercoaster spirit of a Star Wars movie instantly became less special once Disney bought Star Wars in 2012 and began making sequels to Return of the Jedi. Furthermore, the “only in Star Trek” elements (a high-energy blockbuster that’s part workplace melodrama, part surrogate family dramedy and all action-packed FX spectacular) became readily available in the 2010’s-era Fast & Furious movies and Marvel’s Guardians of the Galaxy. By 2016, Star Trek Beyond, like Independence Day Resurgence, Teenage Mutant Ninja Turtles: Into the Shadows, Jason Bourne and Ghostbusters, were arbitrary “attempted tentpole of the week” extensions of once-were-special brands and franchises. And even at the start, Star Trek and G.I. Joe: The Rise of Cobra only flew so high.

One could assess from the above that famous franchises that came under corporate control became less special as they were subject to double the commercialization, and double the dumbing-down. I vaguely remember the first GI Joe movie’s biggest insult was that the Pit base was set in Egypt (and one character even wore an Islamic keffiyeh!). And this was after false rumors were spread that it would be set in Brussels. Nor did it help that the film was released without press screenings. 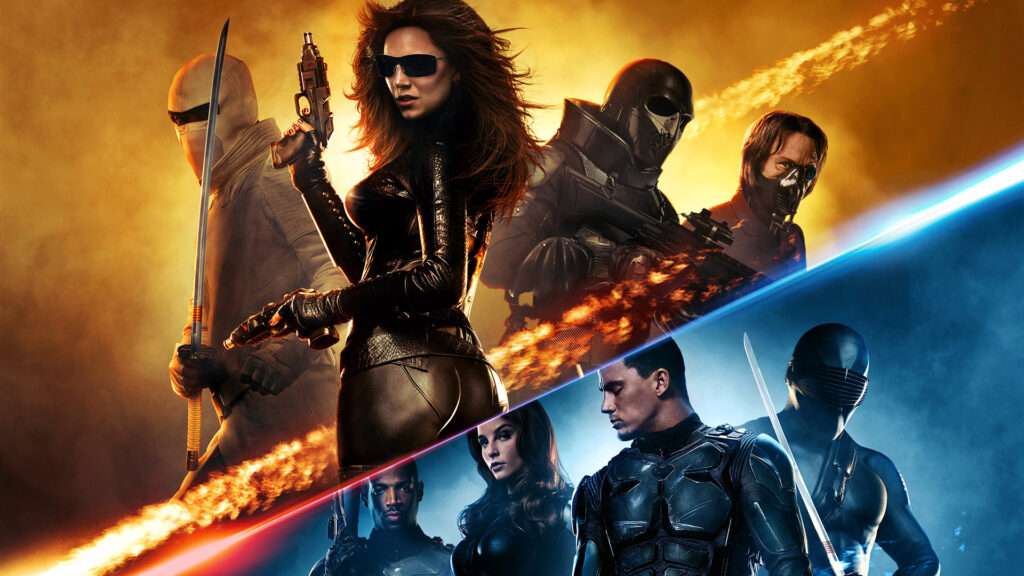 And now, who knew, the failure of this particular movie is bound to affect other franchises by extension, if only because they’re already faltering as it is, not the least being Star Trek, which has suffered from PC just as much over the past decade (IIRC, the J.J. Abrams reboot made Capt. Kirk otherwise unsuccessful with women). The UK Independent reported 2 years ago that a 4th installment was canceled, and this news isn’t brightening the horizon for more. So, could this additionally suggest a 3rd Wonder Woman movie might not be in the cards?

Since we’re on the subject, this also reminded me of a review I found from critic Dennis Schwartz that I thought would be best to take issue with, even if the negativity is justified:

This is the third film in the G.I. Joe franchise. It’s an elaborate origin film that turns out to be a boring action figure toy film joylessly directed by Robert Schwentke (“The Divergent Series: Insurgent”/”The Captain”). It’s based on a story by Evan Spiliotopoulos that he co-writes with Anna Waterhouse and Joe Shrapnel. The bloodless attack sequences are a turn off, as is the plastic performance by the star Harry Golding. It plays out as a conventional action pic that’s a blend of ninja mythology with urban crime thriller.

Look, it may be dreadful, but I don’t think “bloodless” should be a reason why. And that’s because surrealism itself isn’t a bad thing. It’s just a matter of how entertaining the finished product is that matters. Judging from the audience reception as much as the critics, it clearly failed in that regard. I wish some critics wouldn’t make it sound like bloodletting is such a big deal, because that’s only dumbing down entertainment ever more. If the A-Team had been like that back in the 80s, it wouldn’t have flown well. 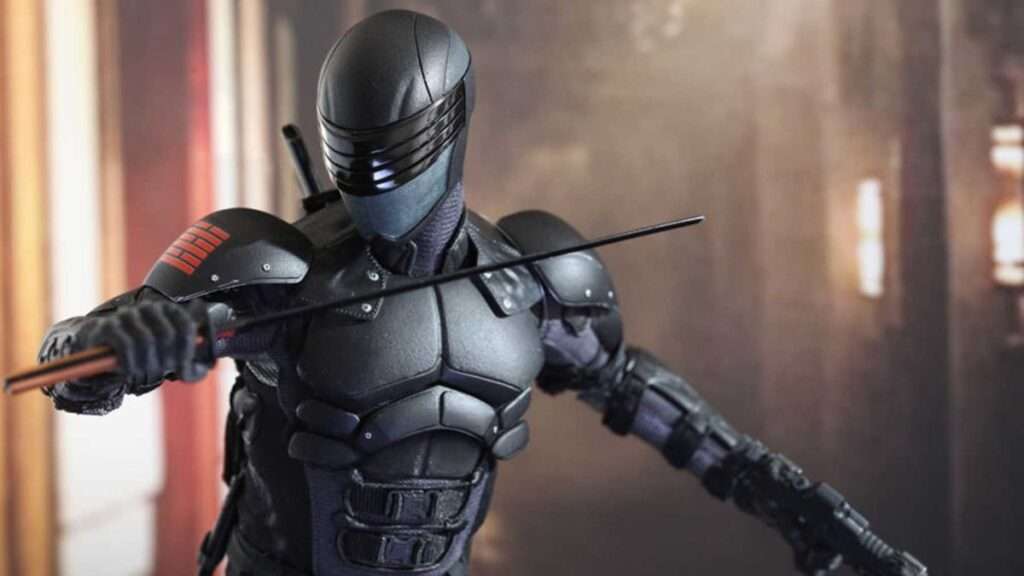 I will say that, if there’s anything going for the Snake Eyes film, it would have to be the outfit design worn by Samara Weaving as Scarlett. That’s actually rather good. But again, if the box office receipts say anything, it’d have to be about the best thing you could say about a botch job where Snake Eyes doesn’t wear a mask for much of the movie, just so everybody can see he’s played by a guy of Asian background, in what was a deliberate example of casting for PC’s sake (which Forbes didn’t dwell on, sadly, as could only be expected from such a mainstream news site). It’s a terrible shame that once again, a franchise like GI Joe’s been done a disfavor by PC advocates, much as was done to the 2 earlier films, resulting in a movie tentpole project that never really got off the ground.

Stallone's 'Tulsa King' Renewed for Season 2 at Paramount+
Report: Hundreds of Thousands Have Lost Faith in Disney's Star Wars
The Rise and Fall of Britain's Comic Book Industry
Capcom Tries to Change Topic Away from How WOKE 'Street Fighter 6' Is
Quentin Tarantino Says He's Too Old to Enjoy FX-Laden Marvel Films
Frank Miller Working on Live Action Adaptation of Corto Maltese Graphic Novels
Was Disney Caught in the FTX Crypto Scandal & Can Apple Save Them?