Last March, DC and Warner Bros. announced a new superhero film based on Jack Kirby’s New Gods, with director Ava DuVernay confirming that the film was in “early development” a few months later. Since then, the project has remained shrouded in mystery. 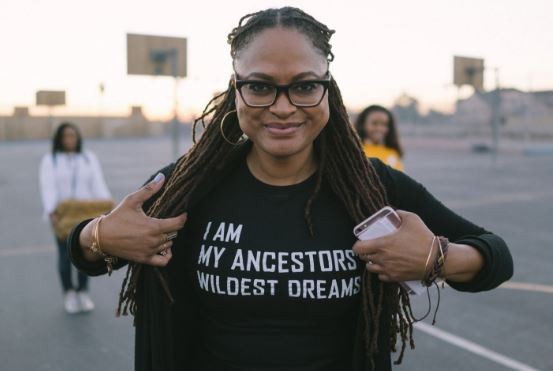 Which brings me to her narrow views on race, politics, and culture.

On January 29, Empire actor Jussie Smollett reported to Chicago police that he had been the victim of an early morning attack that involved racist and homophobic slurs, physical assault, pouring of a liquid on him, and placing a noose around his neck. Smollett also claimed that the men referenced “MAGA” — President Trump’s “Make America Great Again” slogan acronym — during the attack. On a Good Morning America interview, Smollett told Robin Roberts that he’d been “forever changed” by what happened to him.

Several outspoken, anti-Trump celebrities quickly came to Smollett’s defense, immediately taking his story at face value, in spite of its inconsistencies and dubious nature. One such outspoken celebrity was none other Ava DuVernay.

We love you, @JussieSmollett. We will protect you and support you and ride for you. You know who we are. 🖤 https://t.co/FLX8TxiFiw

It’s no surprise an identity politics activist would come to Smollett’s defense, because of the vile nature of the account. It was heinous. But new developments quickly cast doubt on Smollett’s account, including the questioning of two suspects — Nigerian brothers, one of whom works as a stand-in on Empire — who were later released without being charged. At a press conference following Smollett’s arrest, Chicago PD Superintendent Eddie Johnson shared details about Smollett’s involvement in the attack, revealing that the actor was allegedly unhappy with his Empire salary, prompting him to stage the incident.

DuVernay was not persuaded to change her mind.

Despite the inconsistencies, I can’t blindly believe Chicago PD. The department that covered up shooting Laquan McDonald over a dozen times? That operated an off-site torture facility? That one? I’ll wait. Whatever the outcome, this won’t stop me from believing others. It can’t.

Yessir. I hear you. And agree. I wrote that there are inconsistencies. He might have lied. He might be not have. I don’t know. But what I do know? I never believe police on general principle just ‘cause they say so. My experience, our history, makes it impossible for me to do so.

Smollett was eventually arrested and charged with 16 counts of disorderly conduct for allegedly lying to the police about the attack. The 36 year old actor now faces up to three years in prison for filing a fake hate crime.

But Smollett’s personal fate isn’t the only thing up in the air. Production sources from “Empire” told TMZ that Fox hasn’t renewed “Empire” for another season, which is largely due to the Smollett case. Smollett’s character has already been removed from the last two episodes of season five. His character is going to be “out of the country.”

Shame on you, ⁦@USATODAY⁩. Straight up. Shame on you. https://t.co/onTlkKaIz1

When Ana DuVernay isn’t boycotting the Superbowl over racism, she directs films. Most of them are shorts, or (error-riddled) documentaries, or films centered on African-American concerns. Celebrities delving into identity politics in their personal lives is becoming more and more prevalent these days, but does anyone think that it doesn’t crossover into their work? Can an award-winning director and screenwriter with a deep commitment to making sure diverse voices are heard and amplified in the media keep her politics out of a comic book movie? Or can she at least be nuanced and subtle about them?

Her last big studio film was “A Wrinkle in Time,” which hit US theaters last March after heavy marketing by Disney and abundant media appearances by cast members like Oprah Winfrey and Reese Witherspoon, and even director Ava DuVernay herself.

It made $33 million in its opening weekend, according to Box Office Mojo and confirmed by Disney. The New York Times reported that the movie had a combined production and marketing budget of around $150 million, while Deadline pegged the budget much higher, at $250 million. Studios typically make back around half of the box office gross, which means Disney lost between $86 million and $186 million on “A Wrinkle in Time.” For DuVernay’s part, she blamed the failure on “racist critics“. The failure couldn’t have been due to the director’s strange directing and editing choices (a 60 foot tall Oprah, for example) and a general disregard for the powerful iconography of the original novel. Nah! 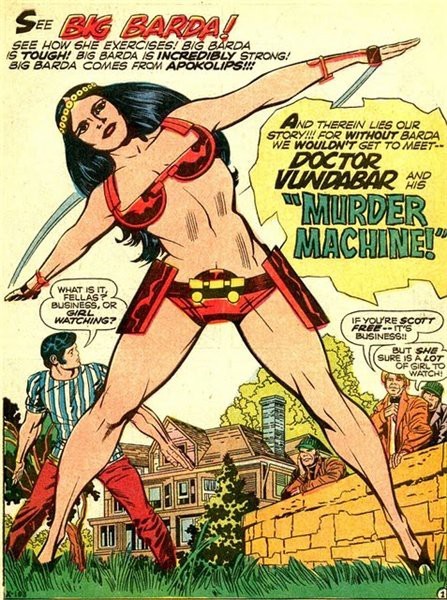 In spite of the massive box-office failure of “A Wrinkle In Time,” DuVernay says she simply told someone at Warner Bros that she wanted to make a New Gods movie, and it was greenlit. And that isn’t the only high-profile project Warner Bros signed her for.

Ava DuVernay will direct The New Gods from a script written by Kario Salem. Official plot details have still not been revealed, however, it’s rumored to be focusing on Mister Miracle and Big Barda trying to escape the hellish planet known as Apokolips. There will also be political conflict between Apokolips and its rival world, New Genesis.

Between her identity-politics activism and her poor record so far of handling blockbuster-sized fantasy films, is DuVernay the right visionary to take on Jack Kirby’s much-acclaimed The New Gods for DC/WB? I suppose we’ll see, but I’m not confident she will handle the imagery and fantasy as well as Kirby’s creation should be treated. 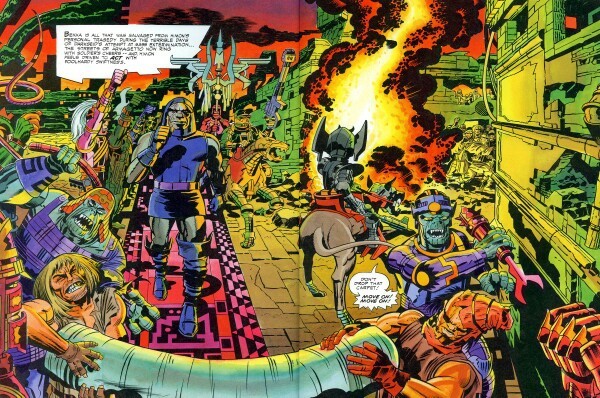 I think it’s a safe bet that we’re going to see the injection of some very heavy-handed politics in this DC film and I’m not convinced that’s the best approach for one of Jack “King” Kirby’s most beloved creations.

I hope I am wrong.