Is Crunchyroll About to Cause Animegate?

Crunchyroll has always had a love-hate relation with the anime fan community, that is until now.

Originally a pirate streaming site in 2006 that specialized in hosting East Asian video content. Some of the content hosted on Crunchyroll included fansubbed versions of East Asian shows. The company has changed hands so many times since it became a legit business. n 2008, Crunchyroll secured a capital investment of $4.05 million from the venture capital firm Venrock. The investment drew criticism from anime distributors and licensors Bandai Entertainment and Funimation as the site continued to allow users to upload illegal copies of licensed titles. However, Crunchyroll eventually began securing legal distribution agreements with companies. Since August this year has been owned by Warner Media, LLC, a subsidiary of AT&T.

Many of their fans have frequently complained that the quality of service has been terrible with drops in sound and video quality. And in Europe there is only a very limited selection. Then there was the backtracking and making excuses to fans over the censored release of DanMachi Memoria Freese. Now there seems to be a new problem fans are complaining about. Crunchyroll just announced that in 2019, the site will be taking a major step by producing its own original content with a project called High Guardian Spice created by a transgender man named Raye Rodriguez.

While creating their own content normally wouldn’t be a problem, many subscribers insist that Crunchyroll is for Japanese animation & drama. The creative team released a trailer for the project (seen below), however the majority of the trailer seems to brag more about the all-Caucasian, female writing staff and referring to it as “diverse”. Fans across the world complained that Crunchyroll should spend their resources on fixing the site and focusing on Japanese anime, which was the original policy of Crunchyroll. But now it looks like subscription fees will instead be going to help pay the animators of their new shows.

High Guardian Spice | Coming 2019
Problem here is that my subscription money is now going to these white American upper-class animators in the name of “diversity” instead of improving the service or addressing the issue of improving the animators’ working conditions in Japan. In the end, anime fans just want to enjoy a show without these issues, but Crunchyrolls PR people have already been on the attack so it feels like the companies (Crunchyroll and Ellation Studios) cannot be trusted. 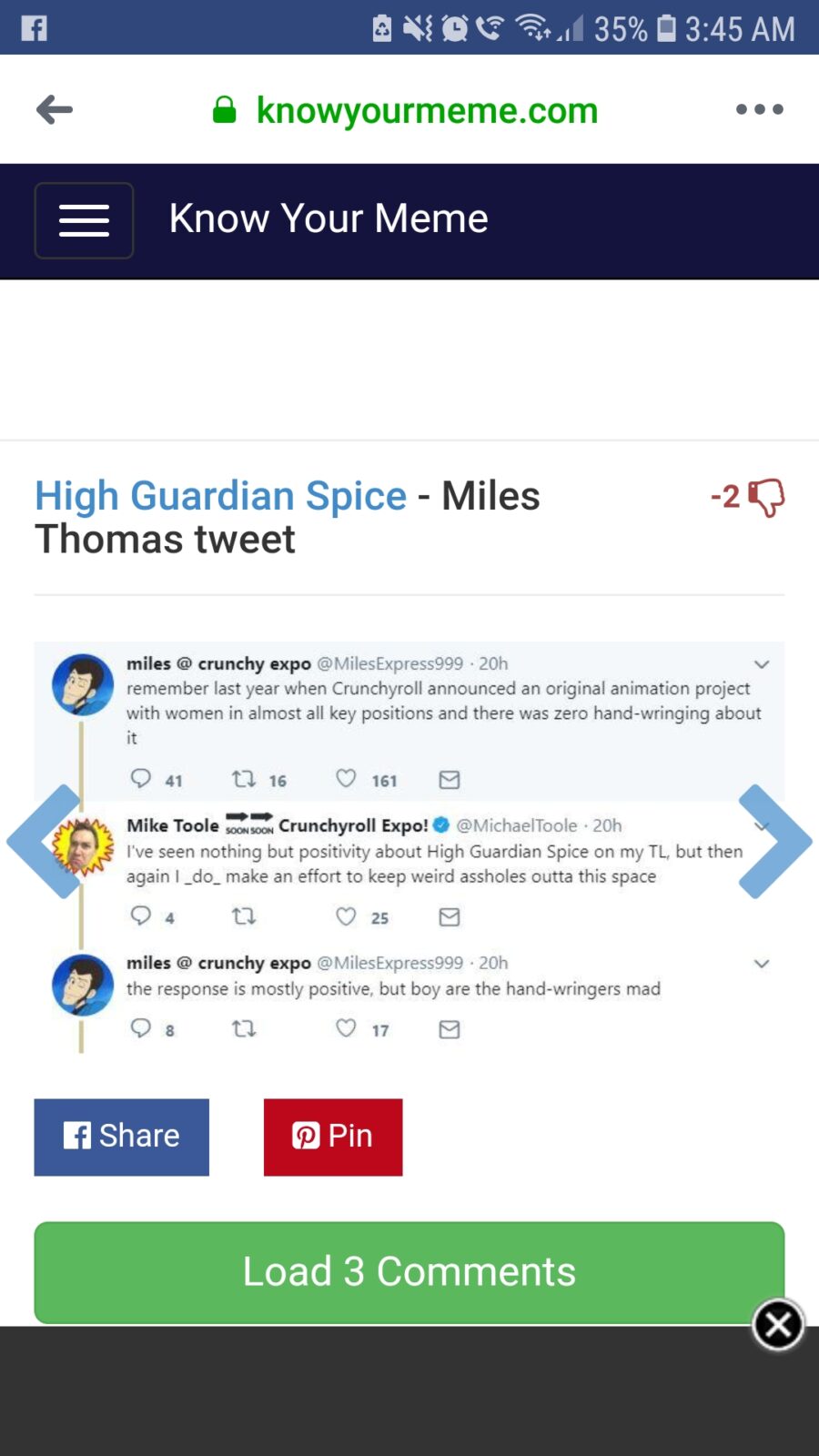 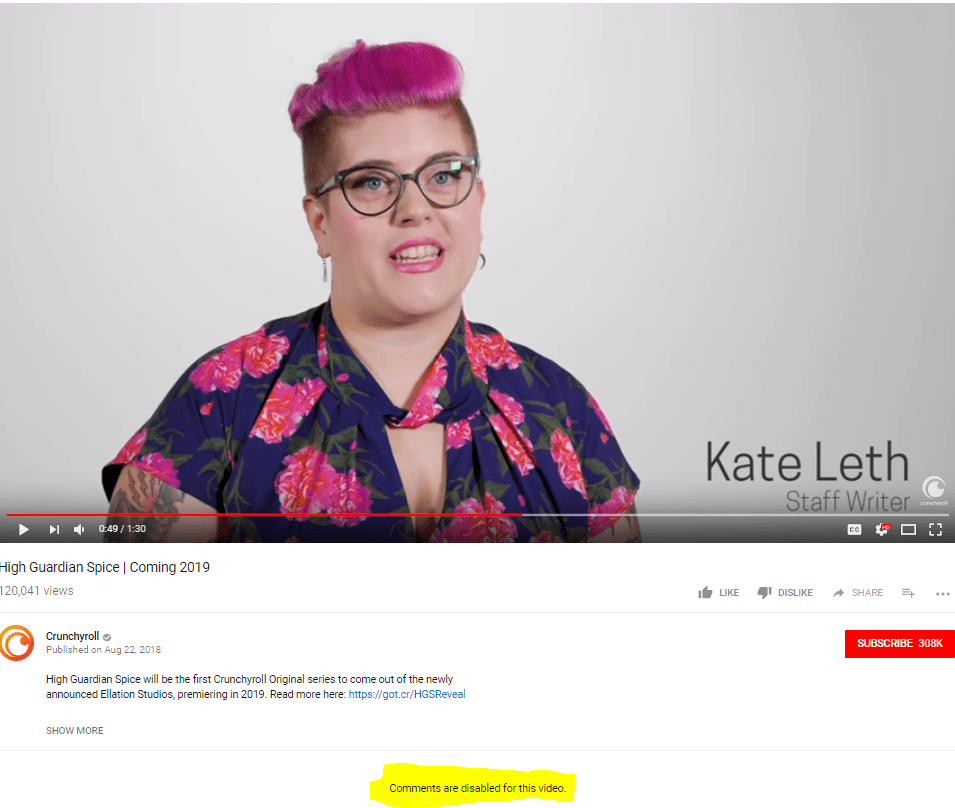 No problem with the content in and of itself. In fact, it might turn out to be a solid product in spite of their obvious identity politics, but this is not why I subscribe to Crunchyroll. Their channel continues to be riddled with service problems, and they should be investing in the service, not in funding another studio. So, I encourage others to follow my lead by using alternative sites like Netflix, Viewster, and HiDive until we see some major improvements to their service and before our credit card information is used for another acquisition where it doesn’t just go into another passion project, but maybe even to something nefarious.

Does this have the markings of an ANIMEGATE?