Investigation: Was Star Wars The Clone Wars Saved to Be Censored? 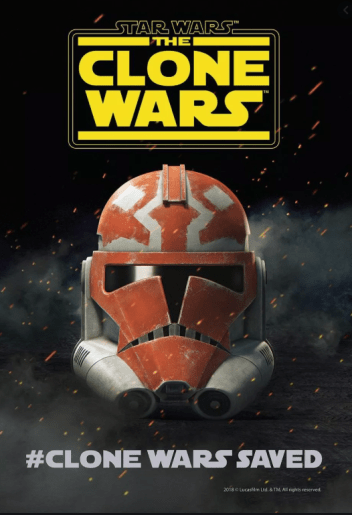 Word of the censorial nature of Season 7 of The Clone Wars is getting out, thanks to comparing the finished product with the unfinished story reels that were published on starwars.com several years ago.  Which is probably why Disney is now suddenly copyright striking them, after they’ve been on YouTube for years.  I imagine they may not want fans to be able to spot out future differences.

So if you have copies, please email them to me at itchybacca@protonmail.com, and I’ll find a way to get them to folks. 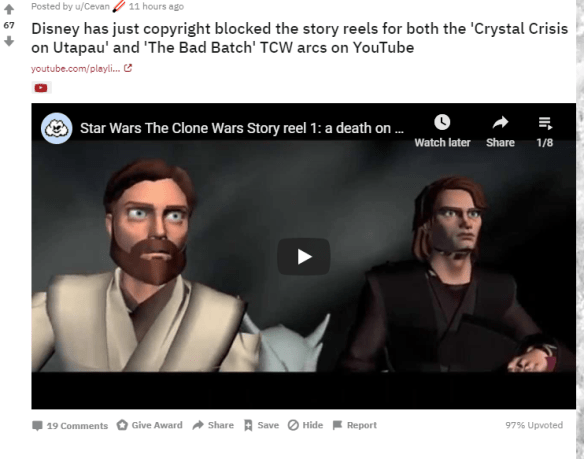 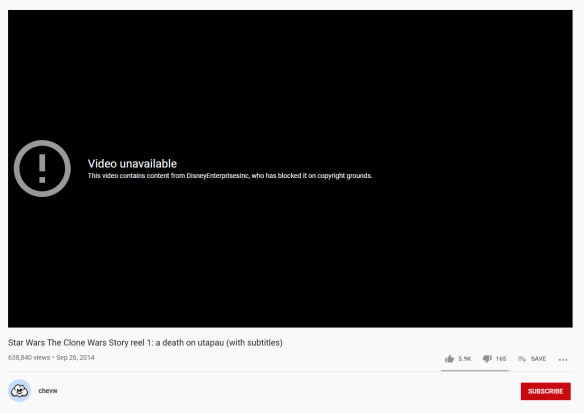 The Kathleen Kennedy wrecking ball continues full steam ahead through the remaining shards of the once invincible Star Wars franchise.  Back in July of 2018, I advised those who were excited by the announcement of another season of The Clone Wars to temper that excitement, given what we know about those who are producing Star Wars material today.

Then in May of 2019, it became known that the Asian male character Nyx was replaced by homely feminist ciphers.  Then feminists suppressed the appearance of pin-up art that was highly appropriate in the context of the story and the characters.

And now, the censors strike again.  Jingoistic Pig has the scoop: 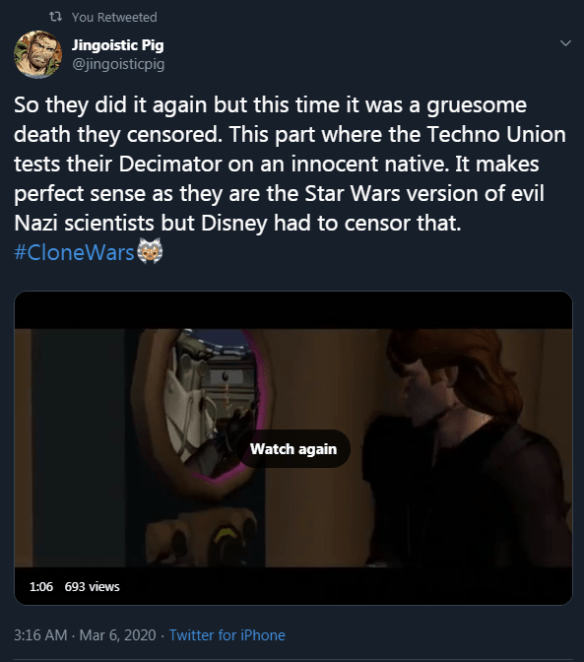 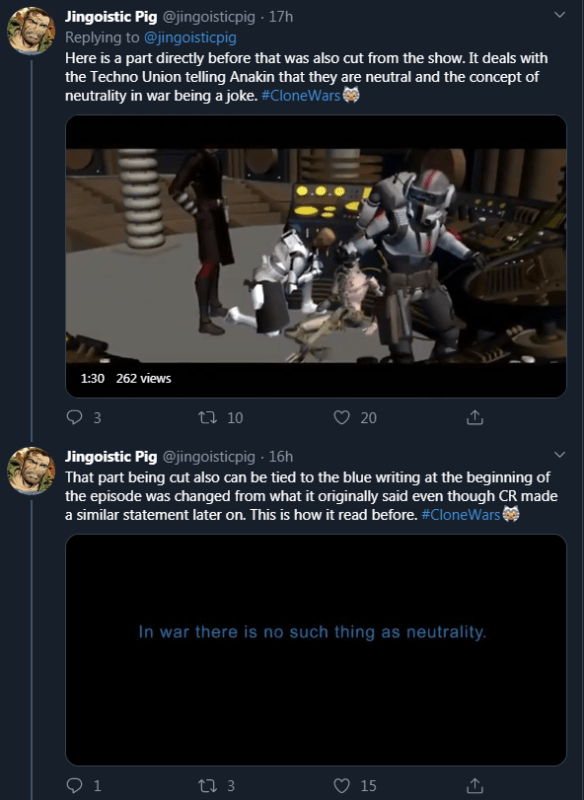