Instead of Telling Great Tales, Marvel is Changing Their History 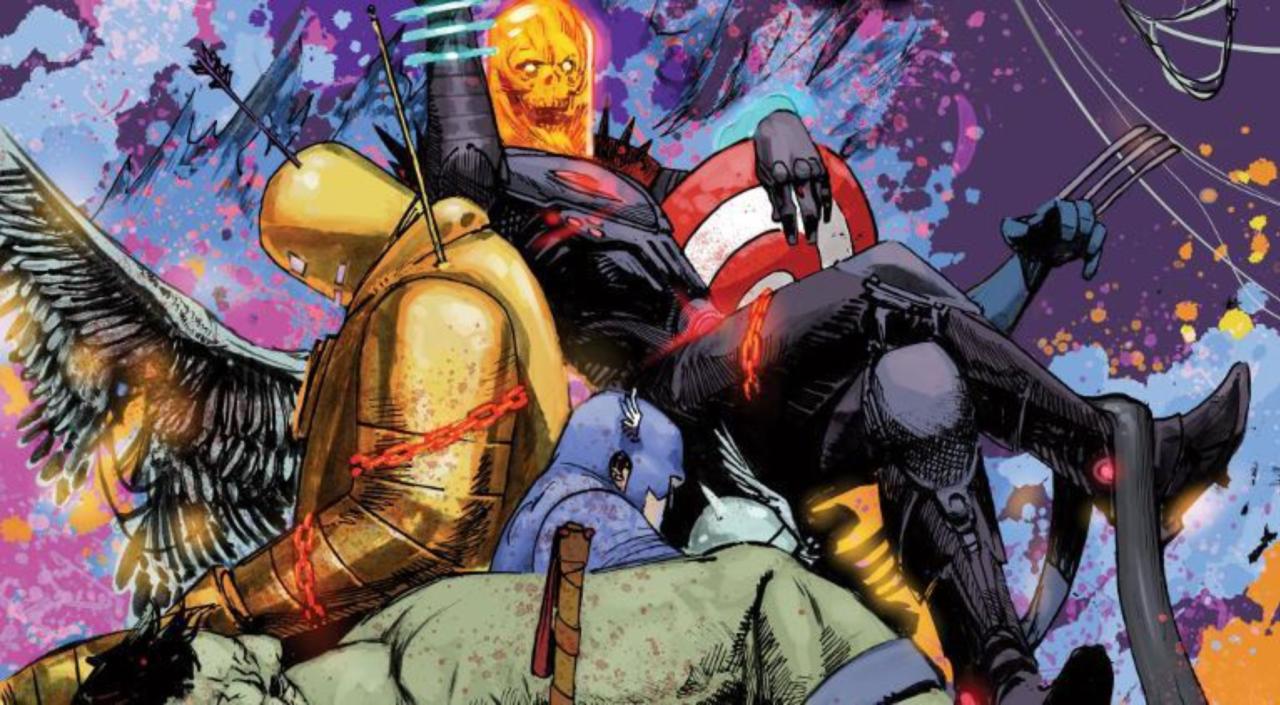 It’s hard to tell if this is a self-contained alternate timeline miniseries, but what’s certainly clear is that C.B. Cebulski and Marvel have found their next excuse for not telling simple, decent stories of good vs. evil: rewriting history in a Cosmic Ghost Rider tale:

As Marvel Entertainment celebrates its 80th birthday in 2019, the comic book arm of the company plans to rewrite the origins of its fictional universe — for a little bit, at least. The publisher has announced the miniseries Cosmic Ghost Rider Destroys Marvel History, in which the future incarnation of the Punisher — don’t ask — undoes a number of well-known plot twists in comic book history.

The six-part series, written by comedian Paul Scheer and Nick Giovannetti, with art by Gerardo Sandoval, sees Cosmic Ghost Rider — a version of Frank Castle from an alternate future where humanity has died out, and he has made deals with both the devil and Galactus to become a near-omnipotent force of vengeance, only to be driven insane in the process — trapped in the past of the Marvel comic book universe, where he ends up changing history in a number of important ways.

It makes little difference whether this is a stand-alone story. What matters is that these are the kind of stories they wind up promoting heavily, and it takes away from whatever decent storytelling they might have. CBR gushes that:

Cosmic Ghost Rider, a futuristic version of Frank Castle, debuted in Thanos #13, by Donny Cates and Geoff Shaw. The character proved to be a smash hit with readers and quickly returned in a five-issue miniseries from Cates and artist Dylan Burnett. However, even though that story wrapped up in November, it sounds like the exploits of Cosmic Ghost Rider are far from over.

Oh, in an era where comics are selling so badly, I honestly doubt this hybrid of Punisher with Ghost Rider really caught on with anybody. Sales figures aren’t given clearly here any more than countless other puff pieces. This all sounds vaguely like DC’s Emerald Twilight and Hal Jordan blatantly turned insane. And all this serves as little more than an excuse to serve as publicity material, because this is all they know to promote, not a story where Spider-Man battles an evil supercrook, let alone some bank thieves and mad scientists. It’s even gotten to the point where, as a result, the MCU is no longer “realistic”, when they concentrate on this much science-fiction influence.

Furthermore, Marvel’s history was destroyed a long time ago, by Joe Quesada and Bill Jemas, and this new publicity stunt won’t remedy the situation.