James Mangold, director the hit film ‘Logan’, was recently hired to be the next Indiana Jones director after Stephen Spielberg departed.

Indiana Jones 5’s production is now well underway, shooting in the north of England, but not Georgia. Harrison Ford, who turns 79 next month, returns as his archaeologist for a final outing in the franchise. However, there has already been criticism of the movie, which follows Indiana Jones and the Kingdom of the Crystal Skull – a sequel that some fans think went too far by nuking a fridge and introducing aliens, among other odd creative decisions. 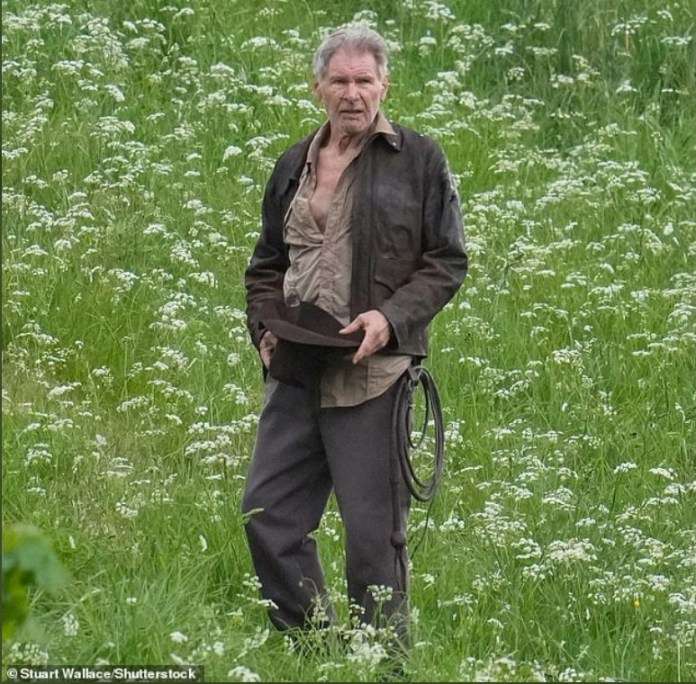 But earlier this week, one of our friends and contributors Matthew Kadish (of Salty Nerd Podcast) made a benign tweet that didn’t show confidence about Mangold’s upcoming Indiana Jones sequel, commenting on why he isn’t hopeful for the picture. It should be noted that Kadish didn’t tag the Indy 5 director in the tweet, or anyone related to the production for that matter.

To anyone thinking #IndianaJones5 might be good, just let me point out…

As the Newsbusters website noted “each of those are bad omens”

Spielberg’s filmmaking magic not being present is a net loss. Kennedy is the producer that helmed the woke-ified Disney Star Wars trilogy, so that’s a potential dumpster fire. Harrison being old means it will be hard for him to be believable as an action lead, and Kasdan is the guy that thought it would be cool to write famous sci-fi ladies man Lando Calrissian as a robot-loving pansexual in his Solo script.

To add to Kadish’s list, Mangold is a lefty who would alter the production of his films based on politics as well. In response to Georgia signing GOP-supported election security laws in March of this year, Mangold tweeted, “I will not direct a film in Georgia.”

I will not direct a film in Georgia.

Once Matthew’s critical tweet showed up in the director’s orbit was the moment when Mangold lost any and all semblance of “cool” and proved he was thin-skinned.

Thanks, Matt!
1) Keep making the world a better place crapping on things in the 1st week of production from your basement.
2) Never seen a script by Jon. Nothing against him. Just reality. Butterworths & I started from a blank page.
3) 1-3 r hugely talented & all at my side.

Today, a guy w/ a podcast came after my film (the one I haven’t made) saying it sucks. He got the info wrong, insulted dear friends & when I replied sent me a pic of his “studio”. I was not nice about his studio. Apologies. Please get back to attacking me and my friends from it.

He has you tube channel and a website. He may well also be ‘a fan’ whatever the fuck that means. Fuck. I’m an Indy fan. He certainly is not my fan. Hardly seems a Harrison Ford fan. So what does that word mean exactly?

His points was Steven Spielberg is not directing the movie. Kathleen Kennedy is producing the film. Harrison Ford is 78. And the story is written by Solo. So what exactly is he “click baiting?”

Someone replied u to my address. U should be able to vent, Matt. I thought you were a pro blogger. To me there’s a difference between fans &people with “shows”. Next time I will try to hear you out and just correct the facts.

Others weighed in,  including Comics Matter w/Ya Boi Zack who sort of played Devil’s advocate for the clearly stressed-out Mr. Mangold:

Others weren’t as understanding:

Maybe Mr. Mangold should get off Twitter? Maybe be less easily offended or defensive? Or at least take this solid advice from the “Script Doctor,” Mr. Mangold…

How creatives should address concerned fans with reservations:

“Your doubts are understandable. My goal is to tell a great new story fans will love as well as a new audience and leave them wanting more. I want this to be fun for everyone and I’m not looking to disappoint them.”

We could all learn from the doctor. For what it’s worth, ‘Indiana Jones 5’ (or whatever it’s called) is set for release in cinemas on July 28, 2022.