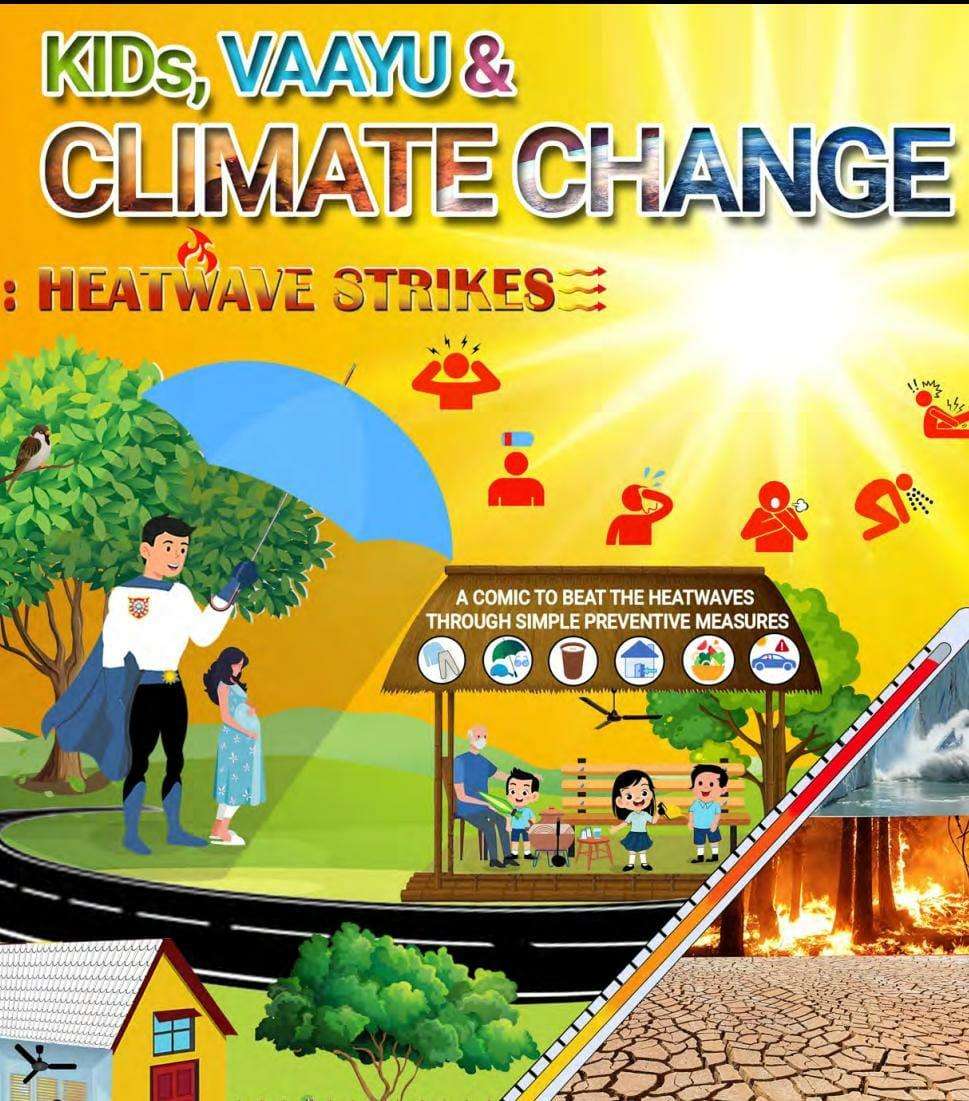 The Tribune of India wrote about a scientific comic published for the purpose of educating about excessive heat in weather, although it may build on the notion of “global warming”:

The comic series is brainchild of Dr. Ravindra Khaiwal, Professor of Health Environment at PGI and Dr, Suman Mor of Punjab University. The first issue of comic was released during an online release event.

The comic strip narrates the story of three kids returning home after school. Due to excessive heat, one of the kids faint and his friends get worried. They subsequently call Superhero Vaayu, who then makes a quick hospital rescue. He then highlights climate change as a cause of concern and answers questions put forward by kids. He goes on to explain how human activity is responsible for rise in global temperatures and explains various preventive measures to combat adverse effect of heat waves.

The article does raise the question however, of whether human actions are responsible for rises in hot temperatures across the planet. This scientific article argues that humans could be responsible for at least some of the Earth’s situations. But if the report about the comic builds on “global warming”, I honestly found some of that stuff from the past several years frustrating and overbearing, so while I firmly believe it’s vital to learn how to be prepared for excessive heatwaves in weather temperatures, I wish they wouldn’t make it sound like they’re building viewpoints that could be politicized, and a decade ago, even a USA newspaper like the Orange County Register in California thought it better not to teach that kind of stuff in schools (since that time, sadly enough, a considerable amount of leftist propaganda, however, has been flooding the school systems in many leftist bastions).

I don’t know if human activity, as the education comic from India argues, is responsible in any way for rises in temperatures, but I’m sure it’s possible for anybody who cares to take steps to lessen the hot weather they experience, and in time, who knows, maybe it could be done with the right scientific research.