In Praise of Early Romance Comics: They Upheld Positive Values 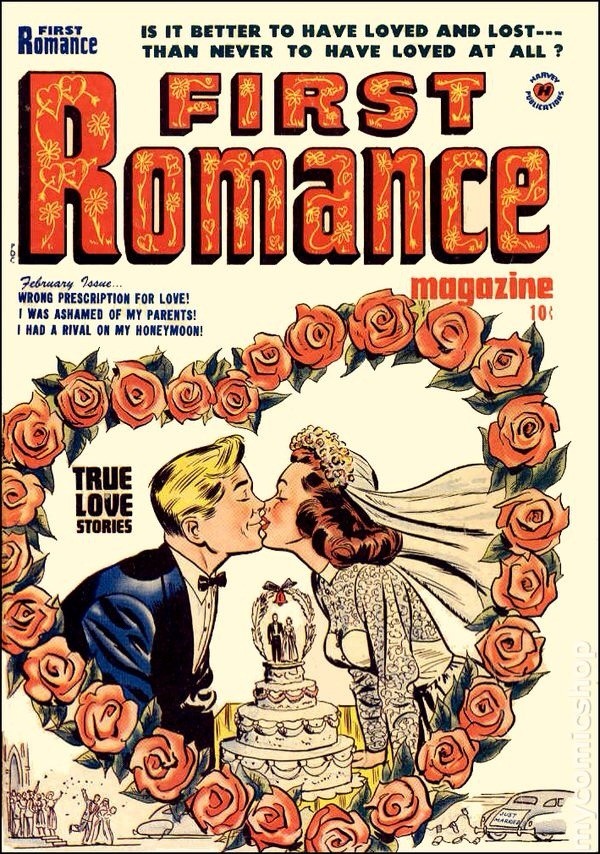 The Conversation wrote about the history of romance comics, including Joe Simon/Jack Kirby’s own contribution, Young Romance, and the brief success they had in the late 40s to late 60s before the superhero revival gradually led to their loss of interest and influence. And they tell here, interestingly enough:

While most scholars have argued that romance comics tend to reinforce conservative values – making marriage the ultimate goal for women and placing family and middle-class stability on a pedestal – the real pleasure of reading these books came from the mildly scandalous behavior of their characters and the untoward plots that the narratives were ostensibly warning against. With titles like “I Was a Pick-Up!,” “The Farmer’s Wife” and “The Plight of the Suspicious Bridegroom,” “Young Romance” and its sister titles quickly sold out of their original print runs and began outselling other comics genres. 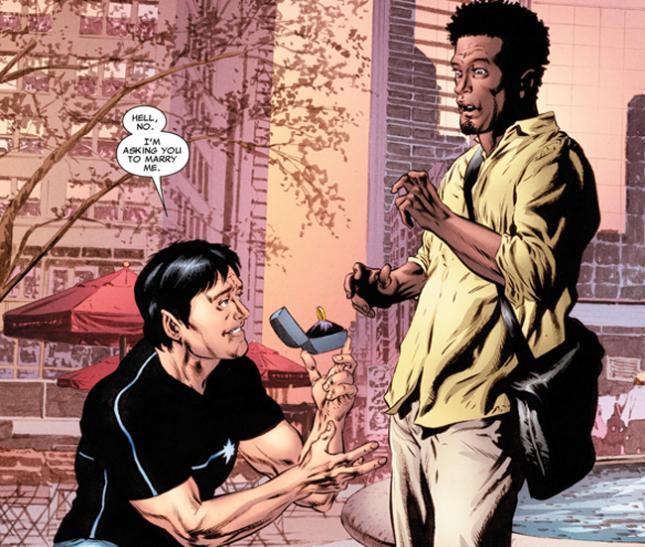 That would have to be one of the most fascinating details about early romance comics of the times – unlike what you see today, they respected heterosexuality, marriage and raising families. Nowadays, if the romance genre’s seen any revival, it includes emphasis on LGBT ideology, and marriage/having children is surely dwarfed in the liberal-dominated market. At Marvel, the most notorious example in that regard would be Northstar’s gay marriage in the pages of Astonishing X-Men 8 years ago. And all the while, Mary Jane Watson was kicked out of Spider-Man’s life by Joe Quesada and Axel Alonso, the latter who oversaw the Northstar story when he was EIC. When that kind of conduct takes place and a woman who could’ve made an excellent selling point gets kicked to the curb, you know something’s wrong. 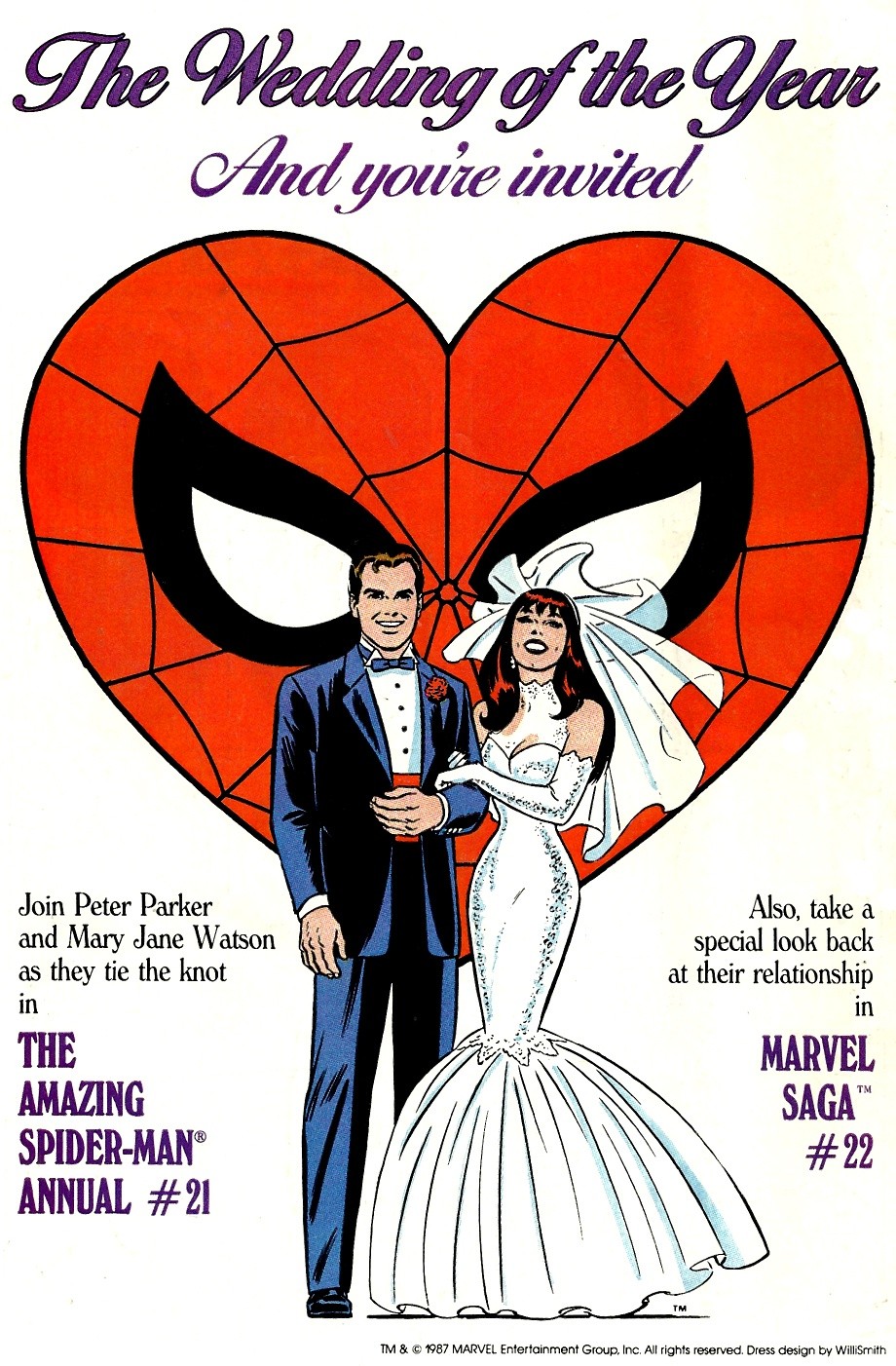 The article also points to 2 notable names from the early period of romance comics, along with some other interesting moments in history:

Among collectors, issues of romance comics are less sought after than those of other genres. For this reason, they tend to go under the radar.

Romance comics, however, featured work by pioneering artists like Lily Renée and Matt Baker, both of whom worked on first issue of “Teen-Age Romances” in 1949.

Baker is the first-known black artist to work in the comic book industry and Renée was one of comics’ first female artists. Prior to working on “Teen-Age Romances,” they both drew “good girl art” – a set of artistic tropes borrowed from pinups and pulp magazines – for several titles. Their work in both genres exemplifies how earlier pulp magazine themes of desire and seduction could readily be applied to newer genres.

After the “love glut,” sub-genre mashups nonetheless emerged. For example, cowboy romances were briefly popular. Later, in response to the civil rights movement, Marvel published the 1970 story “But He’s the Boy I Love,” which was the first story in a romance comic to feature African-American characters since Fawcett’s three-issue run of “Negro Romance” in 1950. 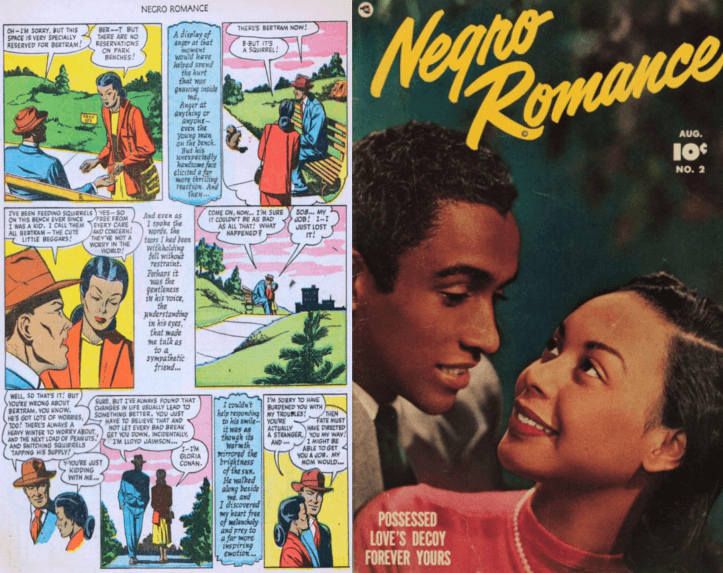 That was all at a time when, unlike what became of comicdom when Alonso was still Marvel’s EIC, they weren’t exercising political correctness like what you see now, which has surely guaranteed we may never see the Big Two publishing romance as a stand-alone genre again, rather than as a component in superhero stories. 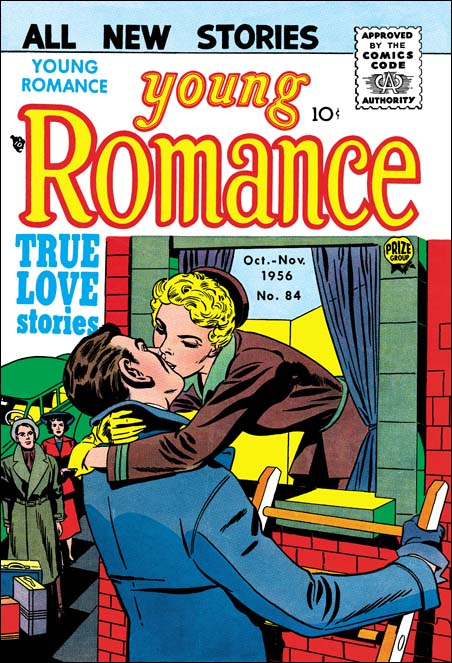 No doubt, there’s plenty to learn from early romance comics, very few of which, if produced by Marvel/DC, have been officially archived in trades for modern audiences to check out. (There was a Marvel Romance trade reprinting selected issues of Teen-Age Romance, Patsy Walker and Our Love Story in the mid-2000s, and some of Kirby/Simon’s Young Romance also was, but that’s still too little.) But so long as political correctness dominates today’s mainstream output, it may not be possible to conceive a romance drawing inspiration from how the early writers/artists used to do it.