Let’s take a look at IGN’s questionable picks for this year, which include at least a few items I’ll highlight here emphasizing horror themes. One is Gideon Falls by Jeff Lemire:

After landmark runs on Green Arrow and Old Man Logan, we’ll follow the creative pairing of writer Jeff Lemire and artist Andrea Sorrentino anywhere. The duo are in the midst of wrapping up what may well be their finest collaboration yet in Gideon Falls, a nihilistic horror series perfect for anyone who craves more Twin Peaks in their life.

And this obsession with all that is bleak horror is exactly why I won’t follow Lemire’s writing anywhere. What a joke. And Twin Peaks was decidedly overrated. The second is Ice Cream Man:

Ice Cream is undoubtedly one of the most quirky and unsettling comics on the stands. Beneath its pleasant exterior it’s really a horror anthology where the lives of various downtrodden people intersect with the creepiest ice cream peddler you’ll ever find. Unlike the tasty dessert, this series only seems to get better with time. 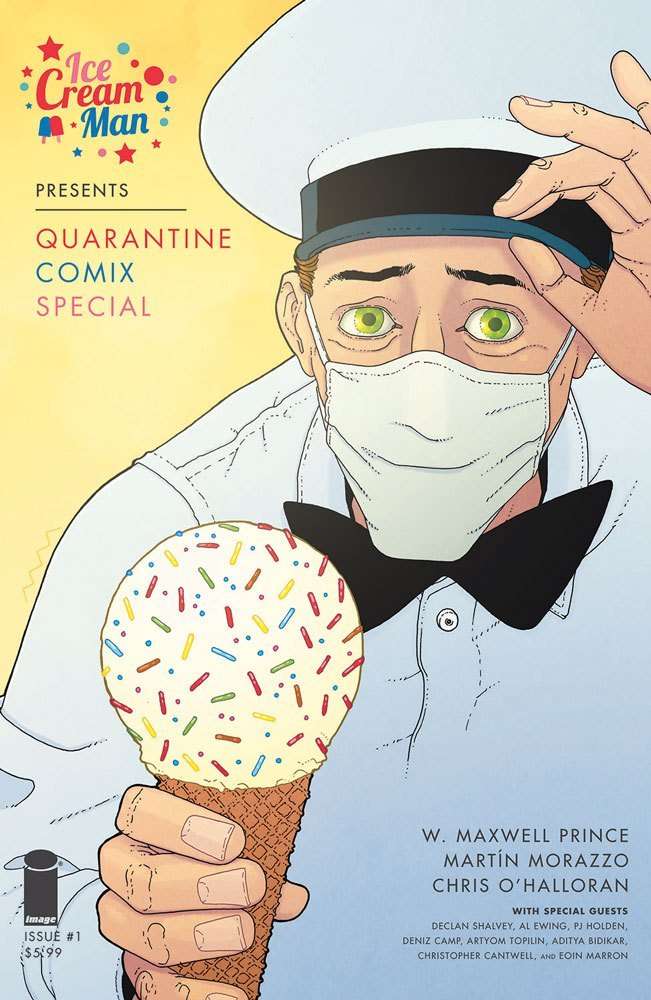 What’s that supposed to mean? That the real food substance isn’t much good? Because I’d rather dine on some of that (and even risk a headache from eating too fast) than waste my money on yet another horror show suggesting the market is too crowded with those.

Immortal Hulk has become a perennial favorite on our Best of lists, and for good reason. The unique blending of horror and superhero action makes for one of the best takes on the Hulk franchise we’ve ever read. The series has shown no signs of losing steam in 2020.

And no doubt, the political themes make it their favorite too. No wonder they lurch into a lecture mode when they say “for good reason”. They also cite this book by James Tynion called Something is Killing the Children:

If you enjoy monster-fueled horror stories and butt-kicking female protagonists, Something Is Killing the Children has plenty to offer. This series is brimming with a great sense of atmosphere, while also crafting in monster-hunting heroine Erica Slaughter a protagonist truly burdened by the weight of her responsibilities.

Let’s be clear. Butt-kicking babes is something I can appreciate. Even monsters. Certainly if the story isn’t held hostage to politically driven mandates and dictates. But this is already going too far with the horror theme, and much like the oversaturation of Batman on the market, this too becomes grating. Four horror-themed stories cited is just 4 too many.

No doubt, there are stories on the market with brighter, fanciful and more optimistic themes than what the above suggests. But all these news sources seem to care about most of the time are the bleaker themed items, and if they do focus on a tale seemingly more focused on brightness and fun than what the above do, it’s for more political reasons. No wonder it’s so hard to find an altruistic emphasis on optimism these days.
Originally published here.