If the Simpsons Can be Censored, Comics Aren’t Safe Either 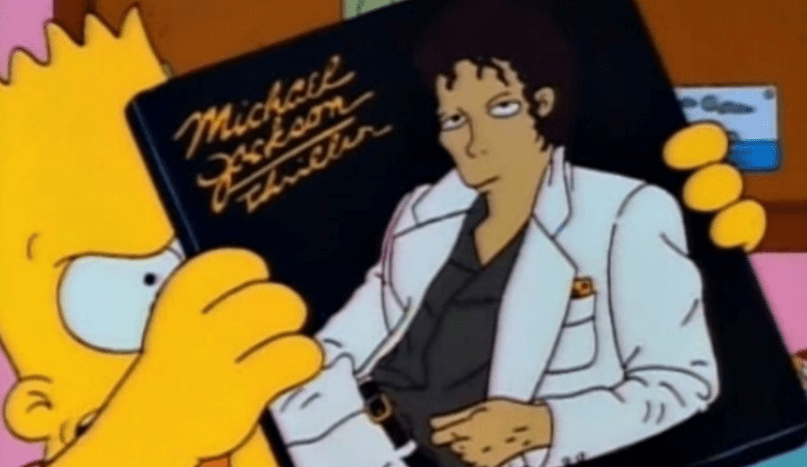 An episode of The Simpsons featuring Michael Jackson’s voice has been pulled by its producers after the documentary “Leaving Neverland” aired in which it accused the pop star of sexually abusing two men when they were children. Sonny Bunch at the Wash. Post made a case for why omitting episodes of the Simpsons like the one featuring Michael Jackson’s voice can be dangerous as it risks validating censorship:

It sets a precedent that anything that troubles or offends could wind up going down the memory hole alongside [the Michael Jackson Episode]. Given the troubles “Simpsons” producers have faced over the character of Apu Nahasapeemapetilon — whose voice, as performed by Hank Azaria, has been derided as grotesquely racist in recent years — can we really trust that access to classics like the “Pulp Fiction” parody “22 Short Films About Springfield” or “Homer and Apu,” with its classic tune “Who Needs the Kwik-E-Mart?” will remain accessible in perpetuity? […]

If you don’t own a physical copy of the thing you want to watch, there’s no guarantee that you’ll be able to access it at any time you choose. Your ability to access these materials depends entirely upon the whims of our corporate overlords.

…here’s one thing that’s never going to happen: James L. Brooks is never going to march into my basement, rifle through my shelves and abscond with my DVD collection of the third season of “The Simpsons.” An attachment to physical media remains the best defense against corporate censorship in a world where making problematic products disappear is becoming easier than ever.

…the ease with which companies can make your bits and bytes inaccessible should still give pause.

John Nolte followed up on this:

It was that last sentence that jolted me to my senses.

Look at the extent to which these monolithic digital corporations have already gone to erase people from social media as a means to erase their ideas (you know, wild-eyed stuff like men are men and women are women). So of course entertainment deemed subversive and inappropriate by the fascist Wokesters is next on the ever-growing blacklist. It only makes sense.

You might argue this can’t happen in a country with a First Amendment — please, get your head out of the sand.

Okay, upon reading this, I do admit, it would be dangerous to remove any episode of the Simpsons from circulation out of political correctness and pretend it didn’t happen, even if I no longer find it appealing. And there is an argument to be made here that comics aren’t immune to this either. The chances the conglomerates now in charge of the Big Two, Warner Bros. and Disney, could end up doing this in the forseeable future to items from decades past is entirely possible. Reading this, I also thought of an article on the Hollywood Reporter concerning a planned movie based on Master of Kung Fu from the Bronze Age, and what disturbs me here is what’s said about certain famous figures, along with the allegation the depiction of Fu Manchu was racist and/or stereotypical:

Things got arguably worse with the decision by then-editor-in-chief Roy Thomas to tie the character to Sax Rohmer’s racist pulp character Fu Manchu, which Marvel had the comic book license to at the time; as a result, Shang-Chi became the son of Fu Manchu, dedicated to fighting his father once he discovered how evil his parent actually was. (While this predated Star Wars and the relationship between Luke Skywalker and Darth Vader, it came after Jack Kirby’s New Gods, where the heroic Orion fought against his villainous father Darkseid; given that Englehart would take on the writing of sibling title Mister Miracle soon after, he was likely aware of the Orion/Darkseid similarity.)

Adding insult to injury, Marvel Comics: The Untold Story also revealed that the character’s design was the result of Starlin drawing a “generic [Asian] face” in early designs as a placeholder, only for Stan Lee to insist that it be kept, topped by simplistic color separations, meaning Asian characters were given cartoonishly yellow faces in the series, something especially true of Fu Manchu. It was something so noticeable that letter writers to the series commented upon it, provoking apologies and explanations from editors. 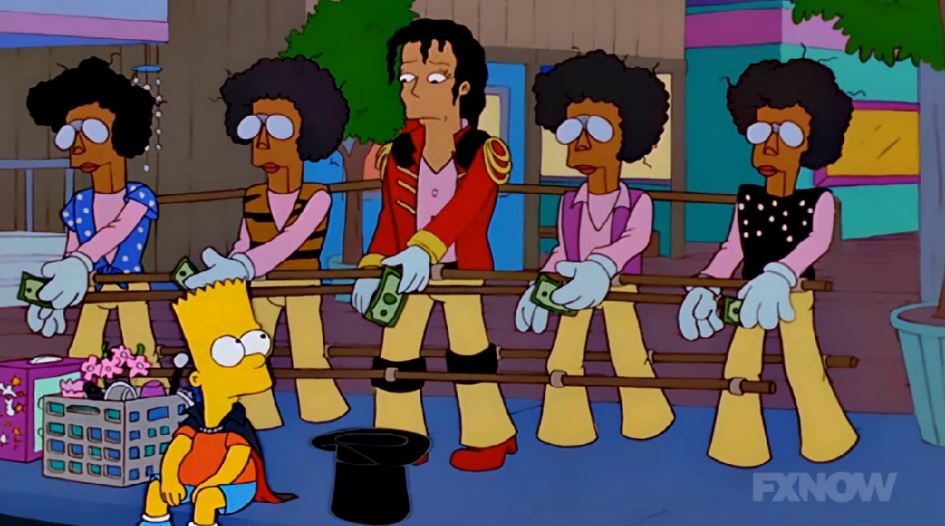 Frankly, having been familiar with how these PC advocates operate, that’s why I can’t and won’t buy into this assertion hook line and sinker. Fu Manchu was a villain, and Shang Chi himself was anything but stereotypically illustrated, so I’m not falling for this so easily. That aside, what troubles me is that, just a few months after Lee’s passing, the SJWs are already setting about running the gauntlet of tarring him as a “racist”, despite all the efforts he made to bring about Asian characters as much as black characters to the stories he oversaw, including Sunfire in the X-Men. This is little more than a stealthier assault on Lee’s character, not unlike what a shipload of cybertrolls on Twitter did at the time of his death, making nasty, denigrating comments calling Lee a “sexist and racist”, devoid of any gratitude for all the good he tried to do.

I was also reminded of a report from a few months ago, that DC may have canceled a compilation of stories from Detective Comics prior to Batman becoming the leading feature because of stereotypical renditions of Asian crooks in the illustrations:

Well friends, as of this week, we add another heavy miss of highly anticipated back material being cancelled to the disappointment train – DETECTIVE COMICS: BEFORE BATMAN (VOLS. 1 AND 2) HC.  These books contain early Golden Age work from creators such as Jerry Seigel, Joe Schuster, Bob Kane and others. Single issues from this run sell for considerable amounts of money on the secondary market, and in some cases have never been reprinted in a collected edition.  No reason has been given as to why these are not going to see print.

If this says something, even early founders like Siegel and Shuster aren’t safe from villification, from people who practically embody the evils of some of the fictional characters found in these very stories, despite their attempts to claim contrary. And that’s bad too. Especially when you consider that modern stories where valid complaints can be made against them, like Identity Crisis from 2004, are still being given a free pass. 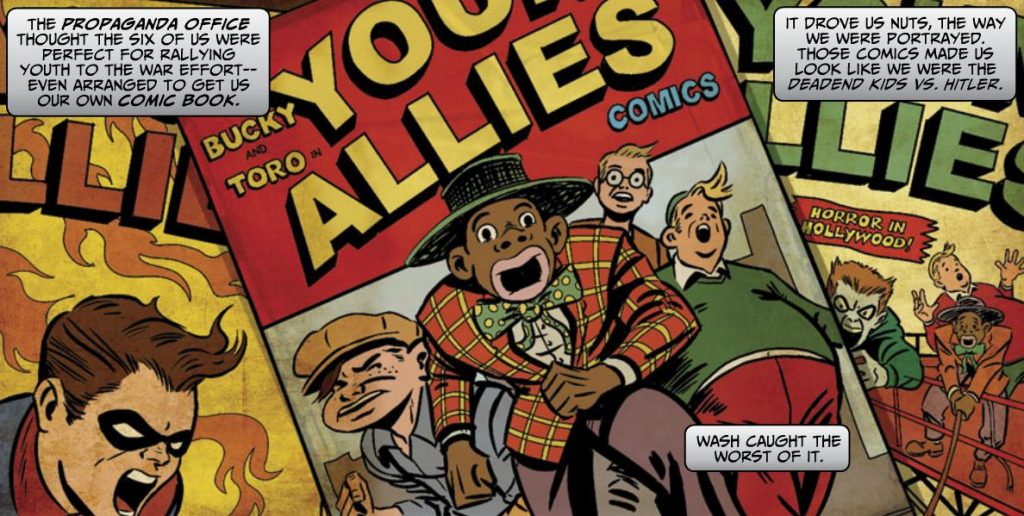 The point here – as Bunch and Nolte have made – is that, if cartoons like the Simpsons could be censored, so could early Golden Age comics tales, and for all we know, it’s possible those Siegel/Shuster writings were. So too in fact, could some early Captain America stories featuring Whitewash Jones, who may have been a Kirby/Simon creation, and IIRC, Lee may have written a few stories featuring him too, in either/both Cap’s GA series and Young Allies. Of course, they did try to compensate later on with better depictions avoiding stereotypical character designs, but obviously, it makes no difference to the people currently running the conglomerates, and with the legends gone, there’s every chance their writings and art will be thrown under the bus alongside them, and nobody in the industry proper will lift a finger in their defense. Just goes to show how far the mighty have fallen. And one of the worst parts is that the same people who buy into this shoddy mindset today would also complain about “stereotypical” renditions of Germans during WW2, and Japanese at the time of the Rape of Nanking in 1937, no matter how evil they’d acted at the time.

So I think it’d be a good idea for the medium to stop their defamatory attacks on the characters of the late legends from the Golden/Silver Ages, and not oppose the reprinting of early stories they wrote, regardless of how seemingly offensive they are or not. The Before Batman collection should be released as planned, and any GA Captain America stories should be too. Similarly, the SJWs had better not go about tearing down on Will Eisner for how he originally drew Ebony White in the Spirit, and besides, apart from the questionable drawing, Ebony was depicted as a good guy who worked heroically. 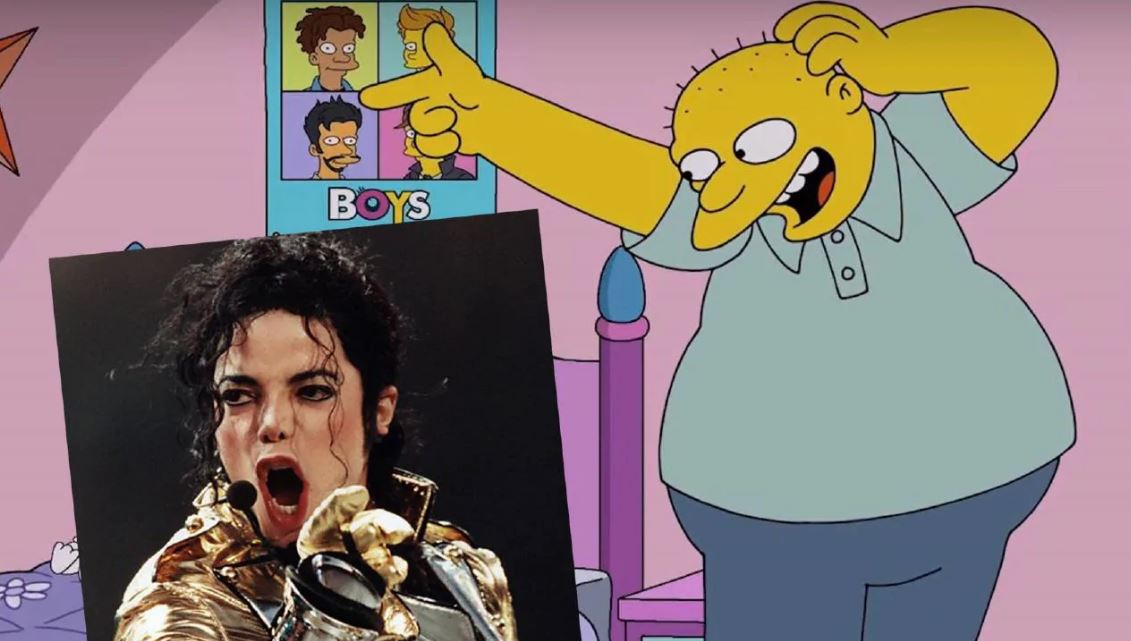 I may not care any longer for the Simpsons as I once did over 2 decades ago, but reading the Bunch/Nolte items, I understand how they feel, and if we don’t want classic material censored from any age, that’s why it would be a good idea to object to any absurd censorship being done now.