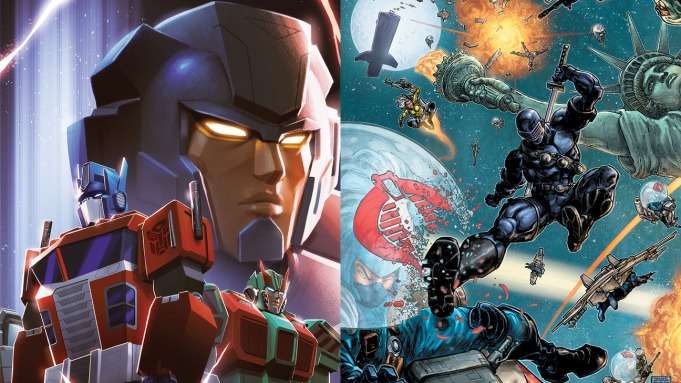 As Bleeding Fool first reported back in December, now The Hollywood Reporter says IDW’s lost the license for publishing GI Joe and Transformers, which will end after they’ve celebrated the 40th anniversary of the former’s launch as a comic in 1982:

IDW is losing the publishing licenses to G.I. Joe and Transformers, the San Diego-based comic book publisher has announced.

The moves comes in the wake of The Hollywood Reporter reporting in December that Skybound, the imprint run by The Walking Dead creator Robert Kirkman, was in talks to pick up the license from Hasbro, the Rhode Island-based toy and media corporation.

Oddly enough, it says they may still retain a license to publish comics based on My Little Pony and Dungeons & Dragons. But, this is a significant loss, and further hints where IDW’s going in terms of business success. Years before, they may have been considered a success story, but their caving to social justice pandering and the PR embarrassment writer Aubrey Sitterson caused may have been but the start of their troubles. A real shame, but there we have it, and this is why some of the merchandise they licensed for comic stories may end up with tainted legacies for a time too.

If IDW folds, it’ll remain to be seen if former employees learn from their mistakes. Recent examples of industry conduct suggest, alas, that it’s unlikely. And who knows if Kirkman’s company will be any better, if they acquire the license to develop comic series based on some of Hasbro’s most famous franchises?

Editor: Comics by Perch also weighed-in on this news:

IDW admits they have lost the GI Joe and Transformers license