‘I, Claudius’: The Earlier, Better Version of Game of Thrones

Based on my previously expressed disdain for George R.R.R.R. Martin and his works, some readers seem to think I have something against him or fantasy elements beyond Middle-Earth. Nothing could be further from the truth.  I have tremendous sympathy for Martin.

Similarly, I don’t object to salacious material or complex plots of intrigue, murder, betrayal, sex or even incest, I just lack the patience to sit through seven years of it while the author tries to figure out how it’s all going to end.

The impending long-overdue conclusion to the Game of Thrones saga in fact reminds me of a earlier, better version that has since fallen into undeserved obscurity:  I, Claudius. 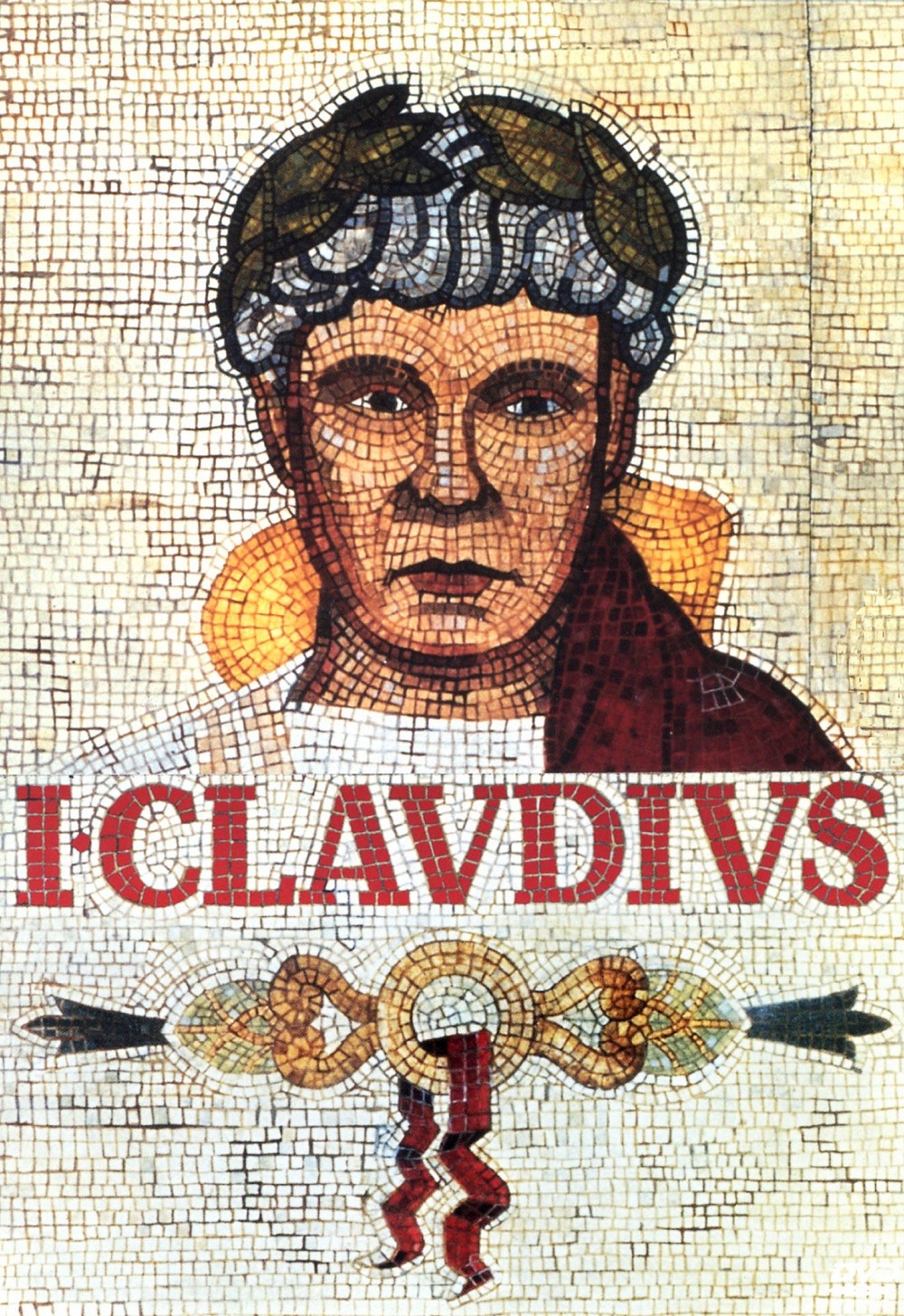 Unlike Martin’s mammoth muddle, I, Claudius is a work of historical fiction set in early Imperial Rome.  It was based on two slim volumes written by Robert Graves in the 1930s.  Graves was a classical scholar and Great War veteran who used his immense knowledge and considerable writing skill to craft an instant classic.

I, Claudius is an account of the first three Roman emperors (Augustus, Tiberius and Gaius “Caligula”) by the fourth, Claudius.  Graves knew from his research that such a memoir was actually published 1,900 years ago but was subsequently lost.  His work attempted to reconstruct it.

This may sound very British and stuffy, but in fact I, Claudius was remarkably blunt and shocking for its time.  In 1976 the BBC television adaptation was similarly ground-breaking in its willingness to “go there.”

For example, while both Game of Thrones and I, Claudius feature brother-sister incest, in I, Claudius the brother actually murders his sister and then eats her unborn child.

Over the comparatively brief span of 13 episodes we witness the power struggles within the Imperial Palace as the Julio-Claudian dynasty spirals ever downward into blood-soaked decadence.

I, Claudius does have its weak points.  As any long-time fan of Doctor Who will tell you, the Brits are notoriously cheap when it comes to television shows.  The whole production looks like they raided a community theater’s wardrobe.  I think there is exactly one prop dagger and it gets used again and again.

The sets are also not much to look at, but since the story largely takes place in the Imperial Palace, the repetition isn’t as jarring as it could be.  Basically, it very much has the feel of a stage production.

This isn’t a problem since the cast are all veteran stage actors.  While viewers don’t get to see huge CGI armies marching over vast landscapes, there is still a sense of the size of the empire as news flows in from the provinces.

Battles are described in harrowing detail by messengers and survivors, which is exactly how the Caesars learned what was happening throughout their immense domains.

Above all, the constant intrigues and plot twists drive the story, from bombastic speeches in the Senate to surreptitious meetings in tiny apartments.  The twists and turns are a pleasure to behold.

The Battle for the Throne of Imperial Rome

The central plot of Martin’s work is essentially a succession dispute.  One king is dead and claimants emerge from all over to fight for the throne.

The drama in I, Claudius is deeper and more prolonged.  Augustus is the first Roman emperor, and his successor is uncertain.  Will there even be another emperor?  No one is sure.

After Augustus’ step-son Tiberius claims the purple, he is obsessed with hunting down potential traitors and usurpers.  He must also grapple with who will follow him.  In this sense it’s far more rich and detailed.  Also, once people get killed, they stay dead.

A Cast to Die For

Though not a fan of Game of Thrones, I do admire the cast.  HBO managed to put together a first-rate ensemble of noted Brits willing to slum it on American cable.

I, Claudius has an even superior collection of talent.  Derek Jacobi is in the role that will make his career. He’s so good at it, Ridley Scott had him play a Roman senator in Gladiator.

Jacobi is ably supported up by Brian Blessed, Sian Phillips and George Baker.  You may not know the names, but you’ve seen these people in just about everything.

Sian Phillips deserves special mention in her role is Livia, the wife of Augustus.   She is magnificent and stands as yet another shining example of how today’s feminists are utterly wrong about being pioneers.  I would put her performance against anything I’ve seen in the last quarter century.  Livia is diabolical, scheming, cruel and yet utterly relatable.  She would crush Cersei like a bug.

Equally luminous is John Hurt as Gaius Caligula.   Hurt’s performance as the insane third emperor is mesmerizing.  Watch as he declares victory over Neptune, god of the sea, and showcases his plunder.

Even the minor characters stand out.  Patrick Stewart plays Sejanus, the amoral commander of the Praetorian Guard.  If you’ve never seen him as a villain – or with a whole head of hair – this is a true treat. 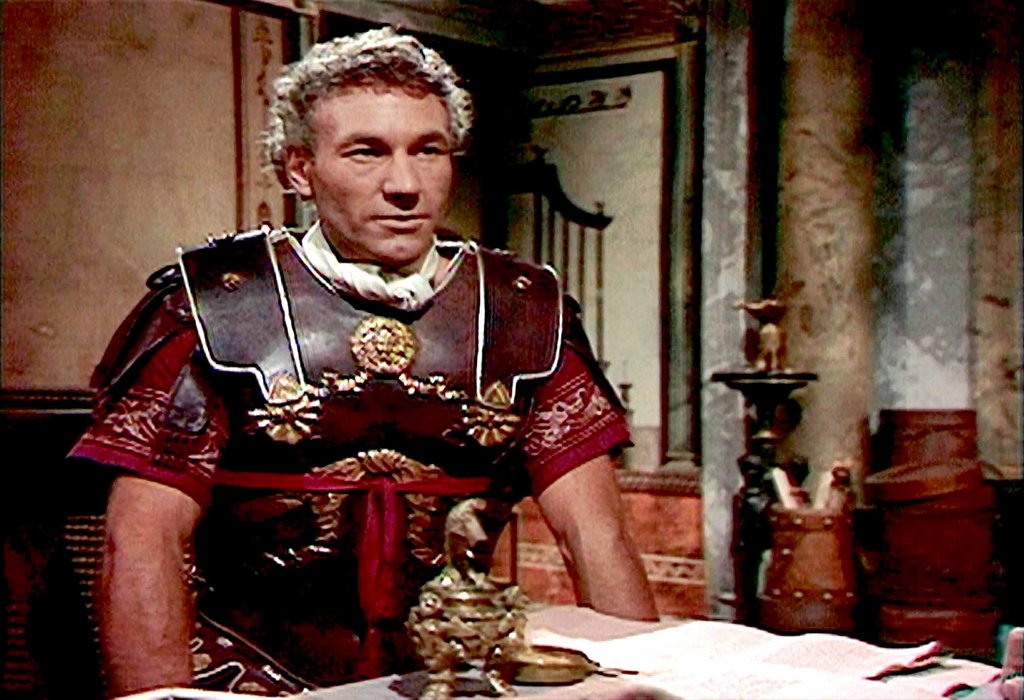 Opposing Stewart is John Rhys-Davies as Macro, an ambitious subordinate.  The clash between them is fun to watch. 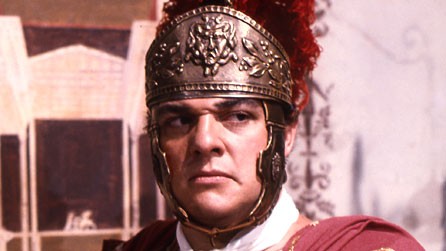 Because I, Claudius takes place behind the palace walls, the women have special prominence.  I already mentioned Livia, but there are a number of dominating female personalities, from Margaret Tyzack as Antonia, mother of Claudius (and daughter of Mark Antony and Augustus’ sister Octavia) to Claudius’ deviously scheming wife Valeria Messalina, who manages to go from demure sweet bride to raving nymphomaniac tyrant with shocking speed and ease.

Perhaps once Martin’s shambling epic finally stumbles across the finish line, you might consider taking a moment to check out an epic that provided much of its source material (that is the stuff that wasn’t cribbed from the Wars of of the Roses).

I can understand the appeal of ice zombies, dragons and fantastic landscapes, but if you want good storytelling, it’s hard to beat I, Claudius.