How We Can Help Comics Inker Dexter Vines Beat Cancer

On January 27, 2020, legendary comics inker Dexter Vines went to the doctor for a chronic lower back pain that refused to go away. He discovered two major surprises:

1) that he had two fractured vertebrae in his lower back, and

2) that they were the result of Multiple Myeloma, a cancer that attacks the plasma of the blood.

From the Mayo Clinic :

“Multiple myeloma is a cancer that forms in a type of white blood cell called a plasma cell. Plasma cells help you fight infections by making antibodies that recognize and attack germs. Multiple myeloma causes cancer cells to accumulate in the bone marrow, where they crowd out healthy blood cells. Rather than produce helpful antibodies, the cancer cells produce abnormal proteins that can cause complications.”

The good news: The diagnosis was thankfully very early in its development, and treatment has begun. The prognosis is very treatable and in some rare cases even curable. And his back should be able to heal fully, once the Myeloma has been treated.

The bad news: it’s EXPENSIVE. There is minimal insurance in place but it will not cover the full costs. And what’s more, Dexter will not be able to work at a pace to keep up with living expenses.

That’s where you come in!

They have set up a GoFundMe to help Dexter afford chemo, treatment for his back, and to help with costs of living while he fights the evil that is cancer, and we really need your help in two very important ways:

1) Donations. Raising funds is the best way to continue the treatment Dexter has started and get him to full remission. We are asking for $25,000 to meet the minimum living expenses and costs over the next 9-12 months of treatment, to help offset the loss of work and increased costs due to Chemo and other treatments.

Note: 100% of funds raised will go directly to Dexter Vines, for the purpose of treatment and living expenses during treatment.

2) Sharing this fundraiser. We understand that given the times, not everyone is in a place to be able to help financially, which is why sharing this and spreading the word is VITAL.

We (and Dexter) very much appreciate your support. We love Dexter deeply, as does the entire comic book community and the hundreds of thousands of fans who have enjoyed his work the past two and a half decades.

Thank you very much for reading and sharing (and donating)! 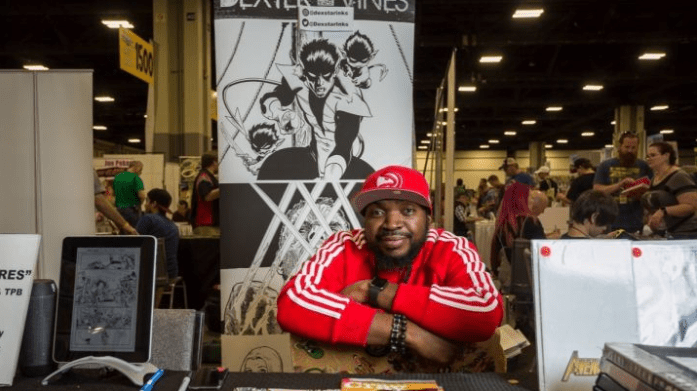