Movie Night: Explaining Why You Like / Dislike a Film

I’ve had many good discussions about how movies (well, all of narrative fiction) are lies. There’s this idea that you need to know how to watch a movie as well, and that it’s a little more than plopping down in a seat. As an extension of that, I wanted to take this week to break down how I see narrative in 4 major elements, as well as presenting an alternate model.

The Four Elements of Narrative 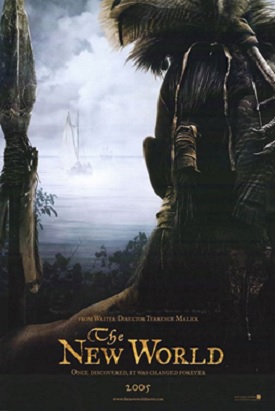 “All models are wrong, but some are useful.”

My model of narrative is wrong. It doesn’t include some things. It emphasizes some stuff over other stuff that other people consider more important. It’s got too much. It doesn’t have enough. It’s just wrong, but so is everything else.

Tens of thousands of movies, millions of books, and plays reaching back to antiquity all approach the basic issue of narrative in different ways. Some elements are emphasized over others. Sometimes, it can be argued, that certain elements don’t appear at all. But, through all of my reading and watching, I have boiled down all of the different pieces that go into forming a narrative into four major elements: character, plot, theme, and style. All four are present in every movie you’ll ever watch that’s trying to convey a narrative, but what do I mean? Well, here’s how I define them:

Character: These are the people who drive the action of the plot.

Plot: This is what the characters do, or have done to them.

Theme: This is the subtext of a narrative, i.e., the message or point.

Style: This is how the story is told. (This is also the most robust of the four with the most sub-elements such as cinematography, dialogue, sets, and prop design, but I feel that all of these factors can be concentrated into the general term style.)

In my model, all four elements are present in every narrative film, but they do not have the same level of importance in every film. Some movies prize character much more than plot, others do the opposite. Others still put style on the pedestal while theme takes second place. Which is correct?

To Each His Own 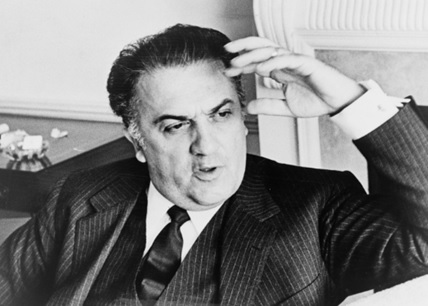 Frederico Fellini was an Italian director born of Italian neo-realism in the 50s and 60s who became his own genre that emphasized style and character over plot. His later films often feel like dreams rather than stories. Is this correct? Is this incorrect?

Alejandro Jodorowsky is a crazy Spaniard who made such odd films as El Topo that placed theme and style over anything else. Is this correct? Is this incorrect?

Steven Spielberg is an American director who puts character and plot above theme while infusing it all with his own distinct style. Is this correct? Is this incorrect?

Michael Bay is an American director who puts plots and style above theme and character. Is this correct? Is this incorrect?

The answer to all is (I’m sure you’ve guessed): None are correct and none are incorrect. They are all just different ways to tell stories (I’d love to live in a universe where all four of those directors were given the exact same script, whatever budget they wanted, and to see the end result of all four). I like some more than others, other people like different combinations than me. Even if you’ve never thought of movies in this way before, I bet you could come up with a preference for which of the four you’d rather have over the others.

My Personal Ordering of the Four Elements 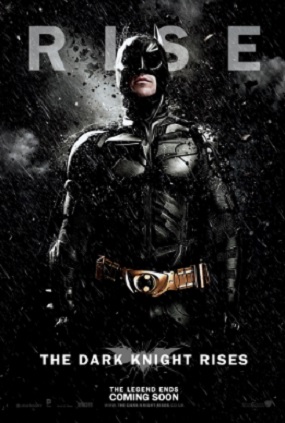 As implied before, I do have a preferred order for these four elements. It’s not a scientific formula, though, and I don’t reject movies that don’t place their emphases the same way that I would. What it really means is that I look for certain things within a movie, and those things don’t always align with what almost everyone else seems to think. I’ll provide an example in a second, but first, my personal order of importance:

I place theme above everything else. What this means in practical terms is that when a movie does theme well, I’m willing to forgive “sins” of the other elements. A very good example of this is The Dark Knight Rises. There are two moments in the film that throw people: Bruce Wayne getting back to Gotham from the prison, and the Bat of fire on the bridge. “How did he get back?” and “Why did he take the time to do that?” are two common questions that movie receives, but I don’t care about them. It’s because plot, to the makers of the film and to me, is of a secondary importance to theme and character in that film. Including very short little scenes that explain both actions would add very very little to the film. But, we can understand the whys of them: Bruce Wayne spent many years running around the underworld, so he probably still knows his way around which is how he got back to Gotham. Symbols are important to the reality of Batman, so that kind of sight (a giant flaming bat) tells the citizens of Gotham, the police, and the bad guys what’s in store. It doesn’t matter how, but the why is implied by the overall theme.

Now, many people disagree and see the “plot hole” of Wayne’s return as a serious flaw and the inexplicable use of the giant bat symbol as the same thing. We can disagree, assign the same movie different levels of quality, and move on. However, that whole process is easier if me, and this fake person, know that we value different elements in different amounts. For me, read above. For this other person, they place plot above theme and character. That’s not wrong, it’s just different.

Mr. Plinkett of Red Letter Media (actually Mike Stoklasa) presents another model in this video explaining part of his response to the movie Rogue One. In this model, there are three elements: Character, Story, and Emotion.

This model is wrong, but then again, so is mine. And yet, it is useful. I would never use the model myself for a few reasons:

1) Story is too broad a term that encompasses too many important individual elements like plot and theme.

2) Emotion, to me, is a result of good character, not an element itself.

However, while the model is wrong, it is useful. What it does is provide Mr. Plinkett with a way to quantify, to a degree, why he feels that one movie is good and another is not. His examples in that video of Star Wars, The Force Awakens, and Rogue One fit quite neatly into his model and provides him a way to explain why Star Wars is superior to The Force Awakens which is superior to Rogue One.

Now, you can argue within his model, or you can approach it with another model out there, but at least if you ever met Mr. Plinkett and got into a discussion of Rogue One, you could approach the conversation in a constructive way that addresses his concerns while also finding a way to explain your own view in a way that he accepts.

And that’s ultimately the point of thinking of movies like this: Figuring out how to explain why you like a movie to someone else. That person may have never seen it, or may have seen it a disagree with your assessment, but if you can provide a framework from which you see movies, you can explain it more clearly and intelligently.

So, what do you think of my model?

Yes, it’s wrong, but do you find it useful? Do you have another model that you can think of that would help to demonstrate your own priorities in movies? (Explosions divided by dialogue multiplied by hot girls might be a model Michael Bay came up with, but who knows?)

The next time you watch a movie, watch it with my model in mind and see if you can identify those parts of the film that you are most entertained by or interested in. Do you get turned off at any plot hole? Is it character actions that don’t make sense that piss you off? Do you ever notice theme? If a movie is poorly made, will you care or not?