How the Both Film & TV Live Action Adaptations Have Failed Supergirl 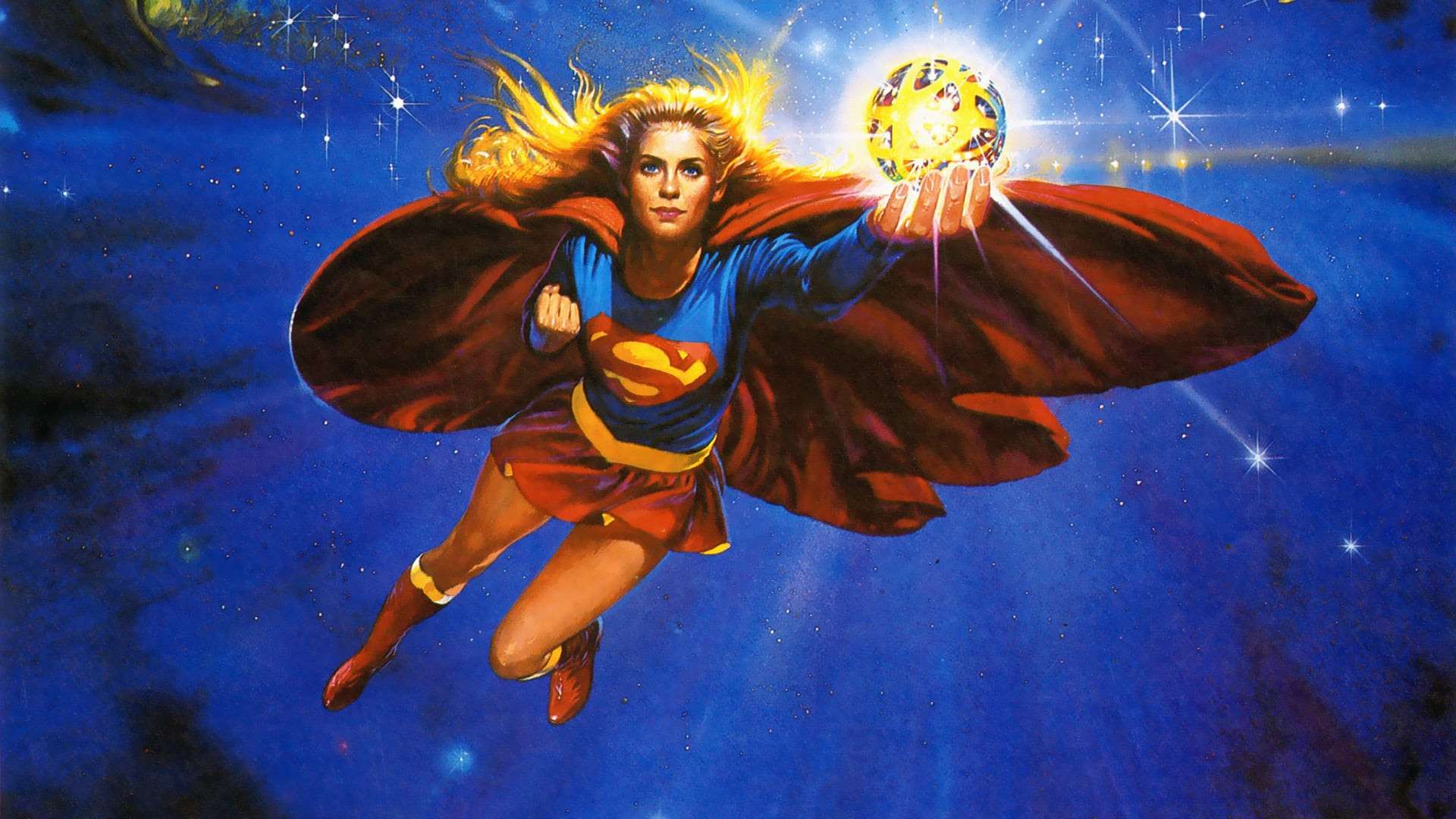 I thought of writing about 2 examples in history of how Superman’s cousin Kara Zor-El was used the wrong way in live action, both in film and later television. First, here’s something to ponder about the 1984 movie starring Helen Slater as the Maid of Might, with Faye Dunaway in the villainess role. As described by Gone With The Twins:

The theme music by Jerry Goldsmith tries desperately to feel exciting, but it struggles to make its mark as either original or catchy (at least the opening and closing credits designs possess a certain aesthetic amusement). Sadly, every time it swells, it sounds like a cheap imitation of some grander, familiar adventure soundtrack. This is particularly unfortunate considering that the music could have helped aggrandize the plot, which soon becomes little more than an opportunity for an alien being to find laughs and love (and rapists – her very first encounter) as she acclimates to the follies of humankind.

Sounds tasteless enough already, doesn’t it? As further described on the blog of Super Suited:

Seeking the omegahedron, Kara soars over Chicago, alighting in an industrial street. Here, she encounters her first humans – lusty truckers who attempt to rape her. “Why are you doing this?” she asks naively. One replies, “It’s just the way we are.”

Kara rebuffs them, demonstrating her super-breath and heat vision, then flies away. She manages to avoid her own assault, but fails to change her attackers. Lying among debris, they agree to pretend as though the incident never occurred.

The gender politics at play here are sickening. When Superman first demonstrated his powers, he did so to rescue innocents – a plummeting Lois Lane, and the citizens on the street below. It changed the world. It was an inspiring, heroic moment. Supergirl’s first public demonstration of power is in defense against attackers who don’t even consider rehabilitation. She changes nothing, accomplishes nothing, rescues no one but herself.

What’s worse is how this scene characterizes both genders. Women like Supergirl – and 21-year-old Helen Slater, in her miniskirt, is a woman here, regardless of how the narrative treats her – are objectified, defensive. Men, meanwhile, are slaves to lust, and they justify their behavior as simple human nature (“just the way we are”).

If you think the above sounds eerily similar to at least a few of the scenes in Wonder Woman 1984, it certainly does (is it a bizarre coincidence the later movie is set in the same year the earlier one was produced?). The Supergirl movie may not have depicted all the menfolk in the film as ghastly as WW84 did (though it was dismaying Marc McClure as Jimmy Olsen, the only connection from Christopher Reeve’s films, seemed to act unheroically). But the scene with these 2 truckers (one of whom’s played by Matt Frewer, famous at the time for playing the voice of Max Headroom in the mid-80s), stands out as particularly gratuitous, and that the two thugs aren’t even imprisoned for attempted rape is a troubling example of how poorly understood the subject matter is by the filmmakers. 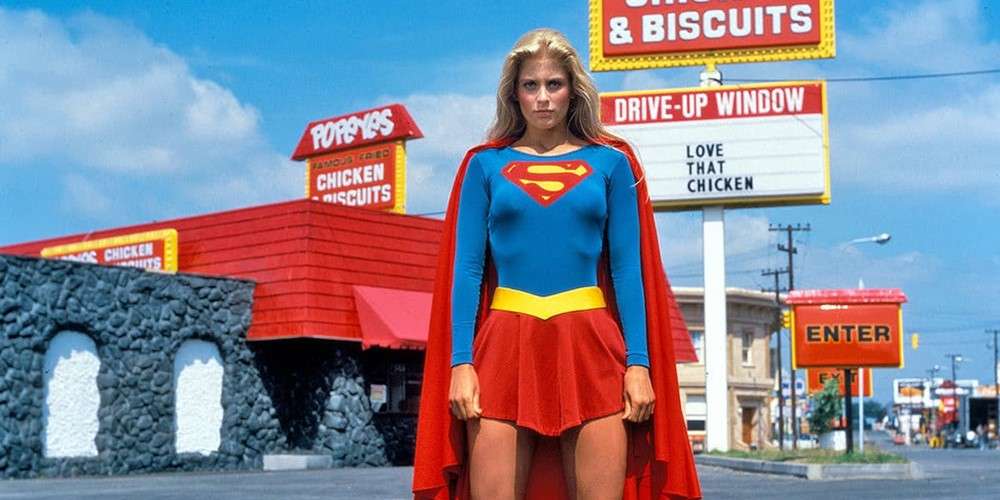 What’s really irritating is how, whereas Superman in the 1978 movie got to take on criminals like thieves and gunmen who could be threatening other people, here, Supergirl, rather than combat similar crooks, is presented not just dealing with potential rapists, but offenders who target her, instead of coming to the rescue of innocent civilians. What kind of cheap tactic is that? By contrast, in the first Spider-Man movie from 2002, the wall-crawling hero comes to the rescue of two targets, the latter being Mary Jane Watson. And the crudely written, ill-advised scene in Supergirl runs the gauntlet of making all men look bad with that hideous line, “it’s just the way we are”. Who would’ve thought the Salkinds could’ve put the keys in the ignition for later examples where men – and women – could come off looking worse? Maybe another of the biggest problems with it is that there’s no lady figure prominently featured who could serve as a matriarchal mentor to the Girl of Steel. Rather, you have a villainess played by Dunaway in a questionable role of somebody who can’t handle power in itself, which sure doesn’t add up to a workable premise.

Thankfully, the film’s failure didn’t derail the careers of its cast, and Slater went on to star in more films and TV programs that were more successful (The Legend of Billie Jean, Ruthless People, City Slickers, etc). But it’s still dismaying how pathetically screenwriters at the time could brew up a story for what should’ve been written in better taste, and if the studio execs sabotaged the movie in any way, that too is seriously disappointing. Maybe one of the worst side effects of this movie is that, in a manner of speaking, its failure was used by DC to justify killing off the original Kara Zor-El during Crisis on Infinite Earths, recalling a time when I discovered somebody telling how former DC exec Bob Wayne made negative comments about the Maid of Might, using the movie as justification. Did he ever issue a mea culpa for that? If he has, I have yet to find it. 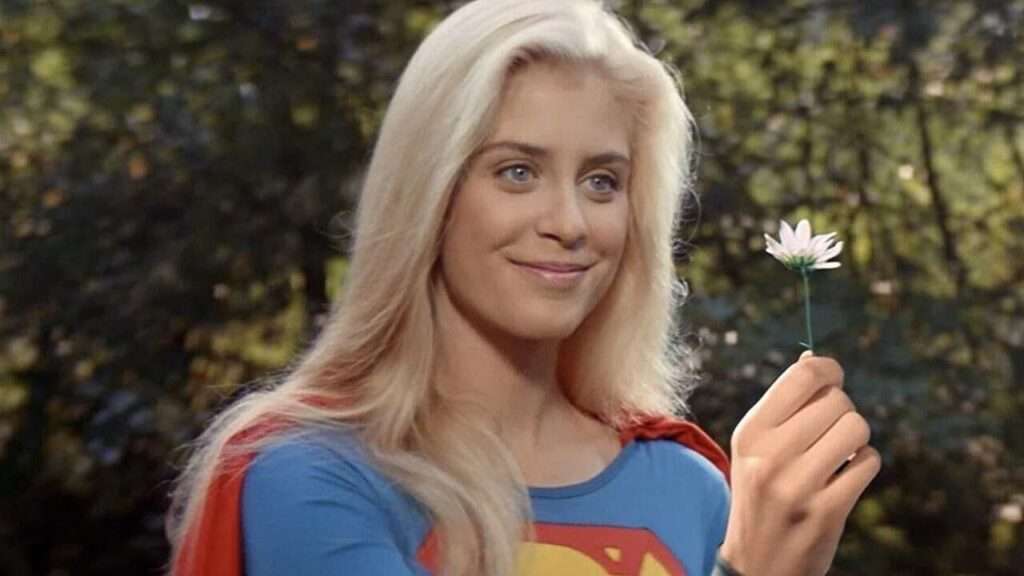 There’s also a review on The Film Yap from 2014 discussing this, and it says:

“Supergirl” is a movie whose very bones have been irreversibly rotted away by catastrophe — an actively sexist insult that obliterates one distinct appeal of a female superhero movie, which is to see a woman leveling the playing field when it comes to derring-do. At least it’s getting a second, likely successful chance (albeit on TV) in 2015 as a CBS series from Greg Berlanti (the mastermind behind the CW’s surprisingly nimble “Arrow” and “The Flash”), Geoff Johns (DC Comics’ chief creative officer) and Allison Adler (a former writer for Fox’s “Glee” and NBC’s “Chuck”).

There are valid criticisms you can level against this movie, which has certainly aged badly. Unfortunately, while the TV show they speak of did run at least 6 seasons, it’s a letdown for different reasons, mainly political. Which leads us to the next item in discussion here, coming in this Digital Spy article about the now ended TV show, which tells:

Along the way, Supergirl also introduced LGBTQ+ characters like Kara’s own sister, Alex Danvers, and even went on to make history with the arrival of Nia Nal, TV’s very first trans superhero. 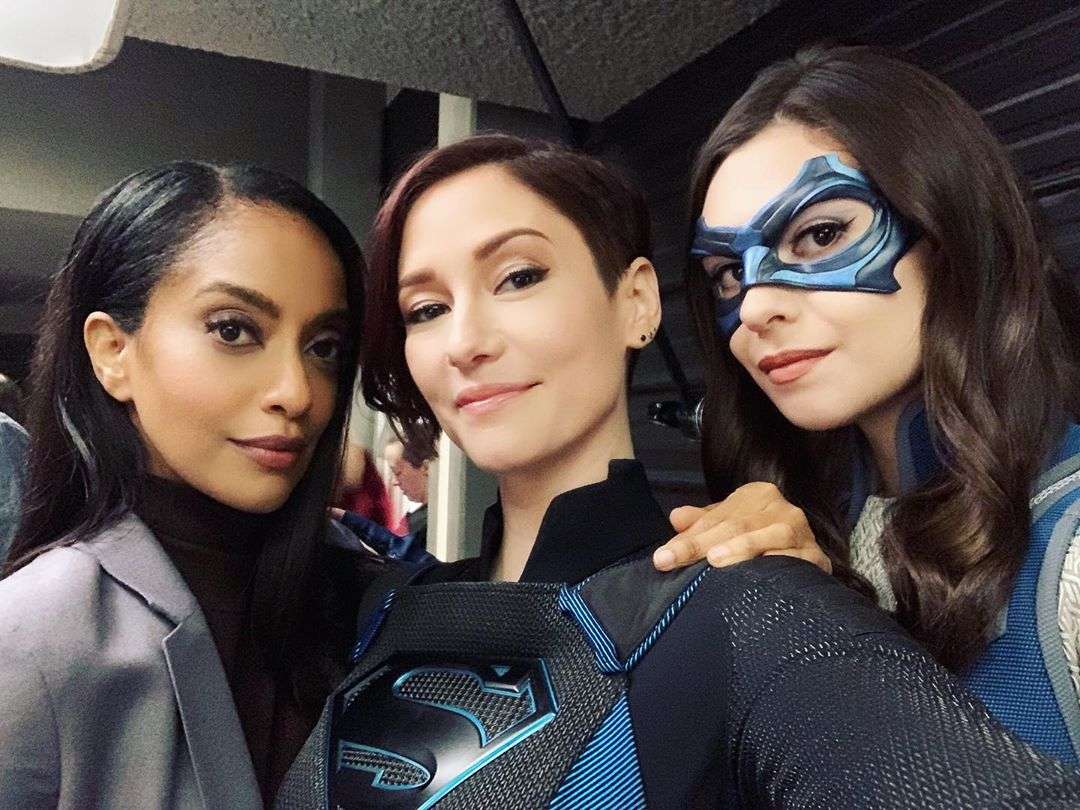 It’s already been in discussion in some way or other, so it may be a moot point now, but this is why the TV series is just as appalling, if not more so. It became an excuse for bashing conservatives as well, which just goes to show how the producers don’t understand this is not how to convey your messaging, by alienating half your audience. Digital Spy gives a superficial reasoning for the cancellation:

So why is Supergirl coming to an end after just six seasons? While no official reason has been given, Deadline shed some light on the cancellation when it was initially announced in 2020.

Delays caused by the coronavirus pandemic played a role, as they did with many other shows as well, and falling ratings were also cited as a key factor here: “I hear the producers, the studio, the network and Benoist came to a decision that it was better to end the show with a longer final season,” says Deadline’s Nellie Andreeva.

That certainly tracks, because unfortunately, the numbers speak for themselves. At its peak on The CW, each episode of Supergirl usually averaged out with around three million viewers. But according to The Hollywood Reporter, this figure was almost halved by season five where individual episodes were only managing to draw 1.6 million viewers each week.

Multiple factors likely contributed to this downward trend, including those aforementioned delays and also Arrowverse fatigue, not to mention the noticeable dip in quality, at least, compared to the highs of earlier seasons. But that doesn’t mean Supergirl deserved to be axed so soon still.

Yes, Supergirl’s fifth season was a mixed bag, but the final run of episodes have included some genuine highlights, such as Kelly’s “Blind Spots” story, Alex’s gay adoption arc, and of course, that giant magical cat.

Of course, they cannot even fathom that an LGBT adoption storyline could possibly be a reason for making people turn off the TV set (with so little left to watch on TV these days, what’s the use of changing the channel?). But all these politically motivated storylines very likely contributed in some way or other to the drop in ratings over the seasons, and the 2nd season is where it really started going overboard with them. And that’s a shame. It makes me think it’d be better for the Girl of Steel to be cast in animation, but I realize even that’s not immune to far-left politics. 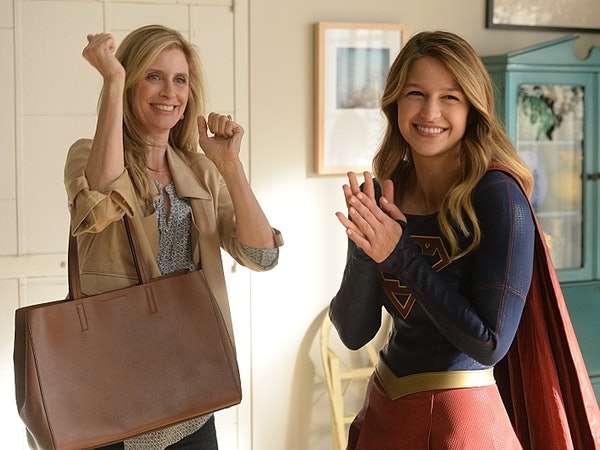 Side note: There’s sadly little hope for the Sasha Calle version of Supergirl that’s set to appear in the upcoming DCEU version of The Flash.