How Successful Has Comic Films’ Trend Towards Darkness Been? 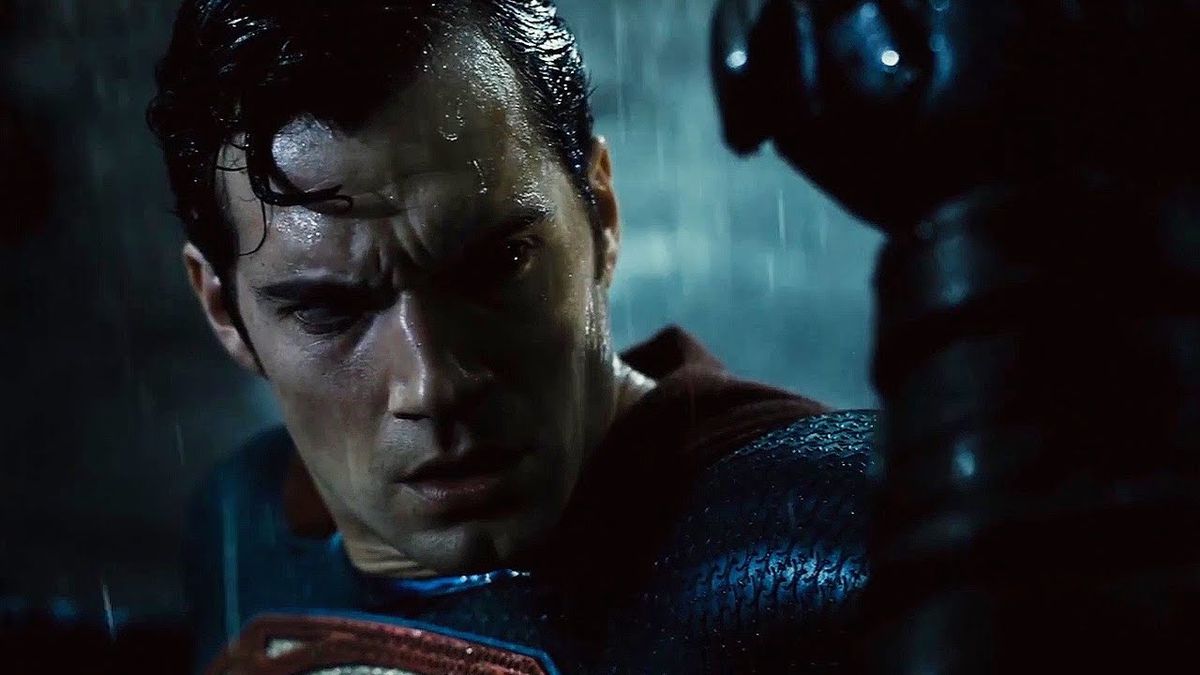 The horror-themed website of Bloody Disgusting took the time to write about the history of comics turning to darkness, and how it wound up affecting movies based on them by extension:

Though not just limited to unclear shots in the rain at night, a trend in superhero media (specifically coming out of the DC cinematic garage) has been to keep it dark. Dark. Gritty. Realistic. After the success of Christopher Nolan’s Batman trilogy, subsequent filmmakers grabbed onto what felt so different from his and its campy cartoony predecessors; it was dark. Later films tried to emulate what made these superhero films special, and with that came a series of comic films that boasted swearing, blood, and conversations in the rain at night.

Ah, now isn’t this telling something! The filmmakers – much like the comics writers – must lack so much faith in their ability to sell a movie on its own merits that they mandate darkness, to say nothing of “realism”. By this logic, if Edgar Rice Burroughs’ Warlord of Mars began as a comic book, it would not be possible to market it as a surreal adventure today, because the obsession with realism – no matter how unclear the definition – trumps all sense of thrill and adventure, and come to think of it, even results in no sense of humor, if at all. That’s the basic mess DC got themselves into, in their misguided attempt to be “taken as seriously” as Marvel, this despite the latter’s capability of being just as surreal, if not more so, and sporting just as much humor. And their movie adaptations of the past decade could sport a sense of humor too, one more reason why Warner Brothers made a mess by imposing such a mandate.

But like the comic book Dark Age before it, these succeeding darker stories didn’t land. As HBO’s adaptation of “Watchmen” rolls out, it’ll need to accomplish a lot to deliver on effective darkness; it will have to deconstruct the genre like its source material.

And just like many pseudo-comics fans today are doing with the superhero genre proper, huh? Honestly, IMO, Watchmen was overrated to begin with, though it shouldn’t have to be scapegoated here. What matters is all the editors who believed this was only way superhero comics should be written, and drawn. Worst, they though deconstruction was fully acceptable, and now look where we’re at. It’s no wonder they didn’t land well. Even if this just pertains to the 1987 miniseries, it still makes me feel uncomfortable reading what they say should be done with this new TV show.

Though somewhat disputed, The Dark Age of Comics started around 1986 with books like Frank Miller’s “The Dark Knight Returns” and Alan Moore’s “Watchmen”. Like the films latching onto the darkness of Nolan’s trilogy, the comics that succeeded the greats of the Dark Age got the key elements wrong; they missed what makes something dark, focusing too much on the visual tone. Comics became grittier, folding in elements of anti-heroes, sex, and violence. Comics like “Hellboy” and “Sin City” gained quick popularity, but along with those came a host of less popular financial failures leading to an industry decline.

Well at least here we’re getting somewhere. Though depending on how sex is handled in the stories, I don’t think that counts. It’s the violence, IMO, that’s makes for a more challenging issue. The article does mention how Moore himself – and the late DC editor Dick Giordano – thought it regrettable darkness became such an obsession throughout comicdom. It also brings up the Death & Return of Superman, who was an early victim of the trend, even if DC did intend to resurrect the Man of Steel:

To follow this trend of darkness without depth, we can explore 1992’s Dark Age darling, “The Death of Superman”. The story featured dark themes and culminated in a widely attended funeral for the superhero. The book was a massive commercial success. To ride its wave, DC killed Wonder Woman, Green Arrow, and Green Lantern, and Marvel released the “Clone Saga”. By comparison, these titles were failures and pushed DC to relaunch canon with “The New 52.” Film fans will recognize the death of Superman; he died in Batman v Superman: Dawn of Justice. A hollow and forgettable reletting of the popular storyline as flat as rainfall.

That’s not accurate what they tell of WW, though Artemis briefly substituted during William Messner-Loebs’ run, and it was that character who died (but was later resurrected). The run was anything but a failure to boot (at the time, artist Mike Deodato was a big drawing card). But the latter 2 citations, yes, and the most infuriating thing about the so-called Superman “classic” was how it served as a lead-in to Emerald Twilight and Zero Hour; the Silver Age GL’s hometown of Coast City was destroyed in the latter half of Superman’s death and return story, which set up what was to follow for Hal Jordan. When Green Arrow seemingly died in 1995, it was in order to replace Oliver Queen with an illegitimate son, Connor Hawke, who lasted 3 years, until Kevin Smith got the approval to resurrect Ollie at the turn of the century.

And New 52 didn’t come about until a number of years after the whole GL monstrosity was reversed, to show how confused the site’s historical research is. But by today’s standards, is the Death & Return of Superman really as popular as it supposedly was back in 1992-93? Given how pretentious it was artistically, mainly due to its serving as lead-in for Emerald Twilight, that’s why I think it’s idiotic to describe it as “popular” with anybody other than naive speculators. At least they make a point about one thing: if Batman vs. Superman drew from that 90s farce, that was ill-advised.

It’s long become tiresome how comics and movies have not only stuck with darkness, we’re even lectured about why the direction simply must be mandatory. I don’t think all the Marvel movies have been built that way, and if not, then DC shouldn’t be doing it either. They certainly shouldn’t be draining the stories of a sense of humor, or acting as though any humor at all would take away from the “seriousness” they think is such a big deal. Alas, I get the feeling that despite some of DC’s adaptations being failures (and Birds of Prey’s looks to be a stinker), all discussion whether darkness undid at least some of them like the 2015 Superman film will be obscured, and the social justice obsession – which seems to stem from the same mentality as darkness-obsessed – will become an even bigger problem, as a result. That’s not bound to ensure successful film franchises.