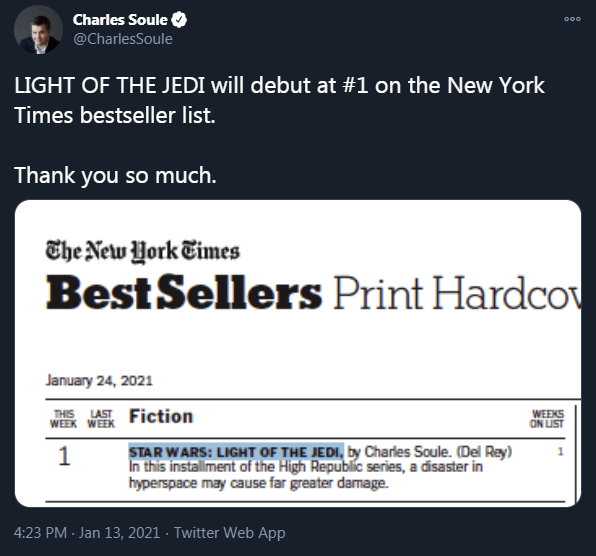 A riddle wrapped in a mystery inside an enigma, as the saying goes.

NYT keeps a tight lid on its process for selecting bestsellers. It is known that NYT samples its own list of certain booksellers across the country—though which ones make the cut are a tightly guarded secret—then look at the data with wise NYT brains, and decide whom they think should be on the list.

It’s said that this is done to keep people from gaming the system, which is partially true. But it’s also done so that The New York Times can have a say about which books get the extra credibility of being named a bestseller.

I’m certainly not the only one who sees potential problems with this system.

So a small group of people look at highly selective data to decide whom they deem important enough to be called a “New York Times bestseller.” At this point, we’ve come pretty far from “the books that sell the most copies.” We’ve laid some groundwork, so now I can share the really weird stuff.

In other words, like the Nobel Peace Prize, or the Oscars, or the Grammys, or the Saturn Awards, or Rotten Tomatoes scores, the NY Times bestseller list is a political circle jerk where activists stroke each others egos with meaningless accolades based purely on political compliance.

Because why would Target need to mark down a brand new bestseller at 30% off? 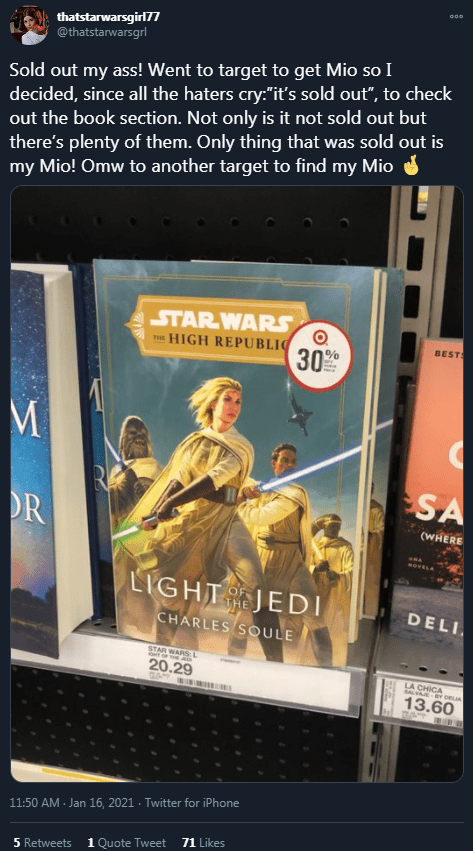 Well dopey, those were sales to retailers. The retailers still have to sell those copies to customers, which they apparently can’t do without deep, deep discounts.