House of X & Powers of X: a Publisher’s Negligence

The X-Men are one of the most storied comic book franchises of all-times. Despite X-Men’s historical significance, beloved roster of characters and massive name value Marvel Comics has neglected the flagship series for years. Marvel Comics recent focus on far left ideology and identity politics over character development and quality storytelling exacerbates the issue much further.

Chris Claremont catapulted the Marvel’s mutant heroes to the forefront of the industry with his historic 17 year run on Uncanny X-Men. The series features a small rag-tag group of heroes from across the globe. They all have very distinct voices, strength and weakness. Cyclops, Jean Grey, Wolverine, Nightcrawler, Colossus, Sunfire, Storm and Banshee learn to work together under the tutelage of Professor X. While confronting a who’s who of X-Verse villains. The series addresses social issues from time to time but the central focus is always on fun adventure and team dynamics.

There are other good and even great X-Men runs but none come close to Claremont’s achievement. It’s been years since any X-Men books have been fun. Claremont’s X-Men is a great action comic that features social commentary when it suits a character or story. For far too long X-Men books are about social issues like discrimination and persecution in society that feature exciting adventures, if writers have time for it. Marvel has a terrible track record finding creators who love and understand the X-Men. Far too many creators see the X-Men as a vessel to deliver their views on racism, gender discrimination, the environment and even their personal displeasure with President Trump. There are other issues that hurt reader interest in X-Men titles.

Marvel Comics actively sandbagged X-Men series for years because they were upset 20th Century Fox owned the movie rights to the X-Men. Marvel legend, and the man most responsible for the success of the X-Men, Chris Claremont explained in 2016.

“I guarantee you that if 10 years ago, when Marvel was approached by Disney, if the X-Men film rights were owned by Marvel Studios and not Fox the X-Men would probably still be the paramount book in the canon. The reason for the emphasis on the other titles is because Marvel / Disney control the ancillary film rights whereas all the film rights for the FF- the Fantastic Four – and the X-Men are controlled by Fox who has no interest in the comic books. So I think the corporate publishing attitude is: ‘Why would we go out of our way to promote a title that will benefit a rival corporation’s films when we could take that same energy and enthusiasm and focus and do it for our own properties?’” 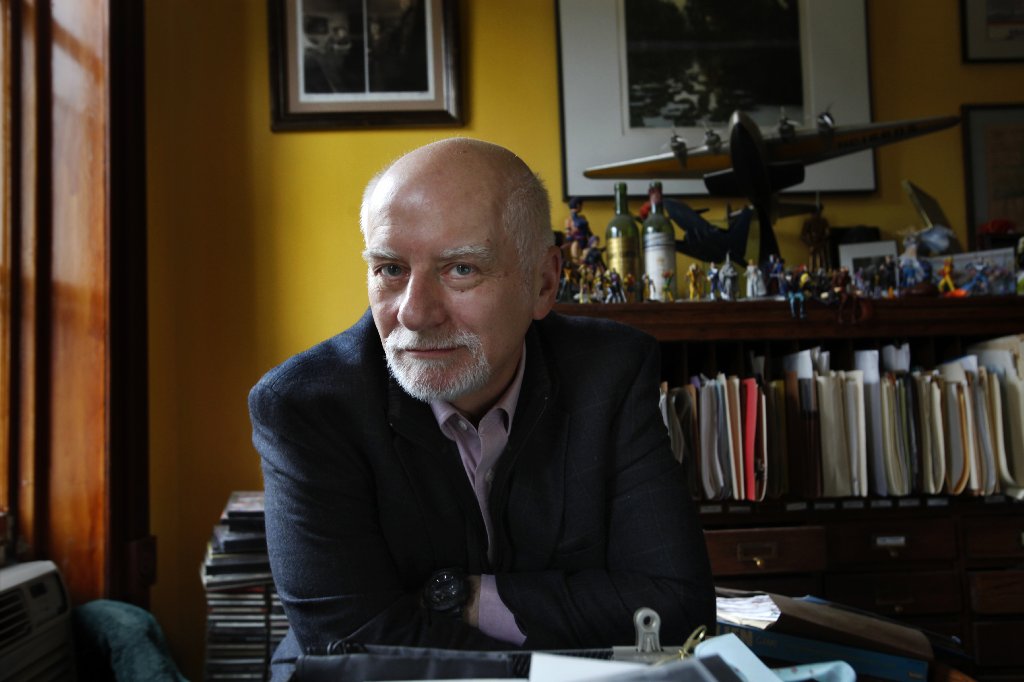 The final issue plaguing X-Men titles is Marvel’s insistence on creating the next generation of mutants. Most readers don’t want new X-Men. Every attempt at creating the next generation has failed miserably. Except Generation-X, which was mildly successful. Somewhere along the way creators forgot X-Men are cool and interesting. Instead the focus became grotesque designs and copying other successful characters. Marvel readers simply do not care for the new characters introduced in Young X-Men, Wolverine and the X-Men and New Mutants. They collectively weigh down the X-Men universe.

X-Men hit rock bottom under X-Men group editor Jordan White when the X-Men: Red, Blue and Gold series launched. Marvel couldn’t have found a less inspiring group of writers. Cullen Bunn, Mark Guggennheim and Tom Taylor are all at the bottom of the heap of writer quality in the industry. Taylor in particular has issues with subtlety. Every subject he tackles in comics is presented so on-the-nose it’s like taking a brick to the face. This all came to a crescendo in X-Men: Red Annual #1. Tom Taylor’s manufactured mutie hate resulted in Nightcrawler eating a hotdog and uttering the now infamous, “tastes like mustard and bigotry.” X-Men was at an all-time low. Marvel took notice and all three series were cancelled by the end 2018 and an Uncanny X-Men revival was announced.

Uncanny X-Men relaunched in November 2018 with three primary writers; Matthew Rosenberg, Kelly Thompson and fan-favorite Ed Brisson. Once again it was weighed down by a bloated roster of characters few readers, if any, care about. Not having a primary creative voice resulted in an incoherent narrative and jumbled story. The series was further hampered by a weekly release schedule.

When mutant messiah X-Man was introduced in Uncanny X-Men #4 the Uncanny reboot appeared to be a lost cause. The first 10 issue story arc called “X-Men Disassembled” were collectively setting up Marvel’s Age of X-Man event. As it turns out this was the best thing that could happen to Uncanny X-Men. By the end of “X-Men Disassembled” almost all X-Men, including most of the dead weight, are transported to a parallel mutant Utopia.

Matthew Rosenberg was given the keys to Uncanny X-Men starting at issue 11. Issue 11 features the return of Cyclops and Wolverine to the series. By the end of the issue both characters are reunited. Rosenberg began picking up the pieces of a broken franchise. The series gained momentum and Rosenberg began building back some of the broken reader trust. Suddenly critics like Yellow Flash, an outspoken critic of Rosenberg, began recommending the revamped Uncanny X-Men series.

Rosenberg immediately began addressing many issues affecting the X-Men universe. The new team led by Cyclops is much smaller and features fan favorites Wolverine and Havok and a handful of the lesser known characters. Cyclops acknowledges the plethora of mutant threats that needed dealing with. The team starts taking them down one by one. Matthew Rosenberg, a writer many believed was part of Marvel’s X-men problem, became its solution. Many jumped back on the Uncanny X-Men series starting at issue 11. And there’s even more good news in the X-Men Universe.

The X-Men universe is in better shape than it’s been in years. Readers are returning to Uncanny X-Men. Word of mouth is solid for multiple titles. Including 90’s legend Rob Liefeld’s return to the X-Men universe Major X. What are Marvel EiC C.B. Cebulski and X-Men Group Editor Jordan White going to do with all this momentum? Cancel the entire X-Men universe and reboot it in preparation for writer Jonathan Hickman’s return to Marvel Comics.

Rosenberg’s terrific Uncanny X-Men series concludes at issue 22. A mere 12 issues after reviving the fledgling property. According to EiC Cebulski, this was in the works since last summer. Why didn’t Marvel release issues 1-10 and issues 11-22 as separate maxi-series? The stories aren’t related, didn’t need to be Uncanny X-Men titles and customers would know ahead of time not to expect a prolonged series run. Every week Marvel Comics, C.B. Cebulski and his acolytes give readers a new reason to drop Marvel Comics for good. Why should Marvel customers keep buying any of the current X-Universe titles now? Nothing that happens or has happened recently matters at all.

Writer Jonathan Hickman takes over the X-Men franchise this July with House of X and Power of X (pronounced ten like the Roman numeral.) House of X and Powers of X will run for 6 issues each over three months, with each title publishing on an alternating weekly schedule. Following that Marvel plans to relaunch the X-Men line, with “traditional” titles and new ideas – including a new core flagship X-title which Hickman writes. It’s all part of a multi-year, multi-wave plan to revamp the X-Men.

Jonathan Hickman is a great writer, but why should anyone invest in another X-Verse reboot? This is the third time X-Men series have been rebooted to issue one in less than 3 years. This follows a disturbing pattern at Marvel Comics. They launched an enormous event (Age of X-Man) and the flagship Uncanny X-Men titles knowing full well none of the events would mean anything. How much money did retailers and customers invest in these books while C.B. Cebulski and crew withheld information they deserved? Are Marvel Comics, C.B. Cebulski, Jordan White and the X-Verse creators deceitful withholding this information? The all knew the reboot was coming before one issue of Uncanny X-Men, Major X or any of the Age of X-Man books were produced. Customer patience is wearing thin across the board.

My expert panel will further debate the upcoming Marvel wide X-Men reboot on the Comics Aficionados live and unfiltered on Thinking Critical YouTube.  We’ll be live Saturday, 18 May at 10 am EST. If you can’t make it live the replay will be available on the channel. 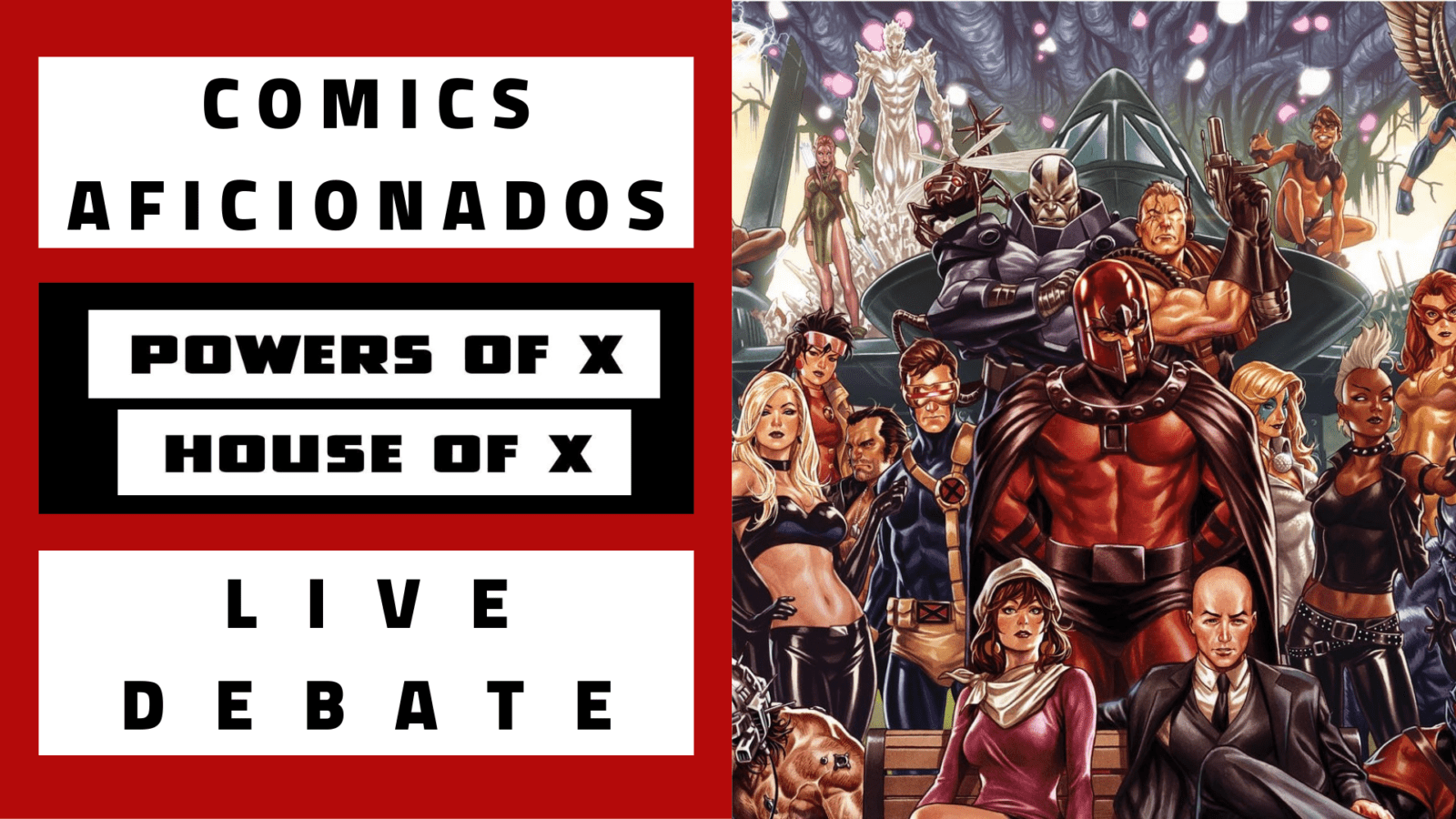 For more information on Marvel’s mismanagement, please check out my video below.

Capcom Tries to Change Topic Away from How WOKE 'Street Fighter 6' Is
Quentin Tarantino Says He's Too Old to Enjoy FX-Laden Marvel Films
Was Disney Caught in the FTX Crypto Scandal & Can Apple Save Them?
Why Some Still Prefer Comic Books to Comic Book Movies
Why 'Strange World' is Disney's Biggest Bomb in Years
Top Gun: Maverick Makes Current Movies Look Like the Trash They Are
Woke Disney Expected to Dominate Thanksgiving Box Office Weekend