Hollywood’s Silence on ‘Cancel Culture’ Censorship Is Darn Near Criminal 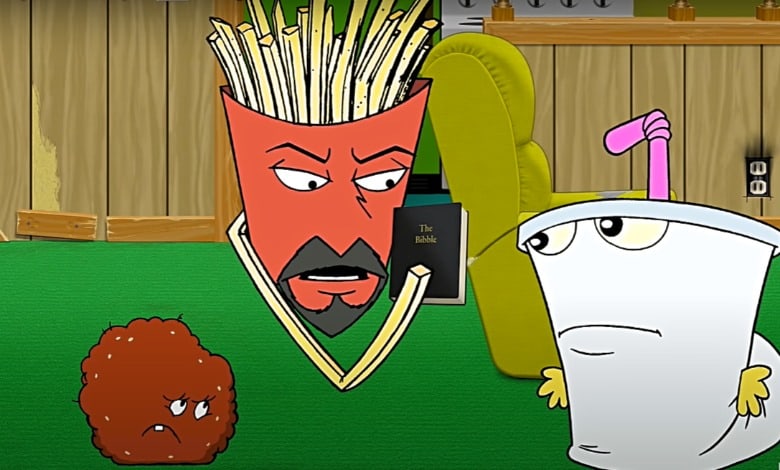 Did anyone think it would stop with “Gone With the Wind?”

That movie classic got temporarily removed from HBO Max before it returned with a “warning” about its outdated content. Even the Blu-ray version of the Oscar-winning film now carries a “trigger warning” for those about to view it.

In a way, “Gone With the Wind” got lucky. It hasn’t been permanently yanked from public view.

At least not yet.

The same isn’t true for several Adult Swim shows. They’ve been “permanently retired due to cultural sensitivities,” Variety reports. Let that phrase sink in. Chances are we’ll be hearing similar verbiage in the weeks to come.

… Reddit users had pointed out “Aqua Teen Hunger Force” episode “Shake Like Me” and “The Boondocks” episode “The Story of Jimmy Rebel” could not be found — or were only briefly found — on HBO Max, the streaming service launched by WarnerMedia in the spring. In “Shake Like Me,” a reference to the John Howard Griffin book “Black Like Me,” Shake “learns what it’s like to be a stereotype” after being bitten by a radioactive Black man, according to the IMDB description of the episode. In the site’s description of “The Story of Jimmy Rebel,” Ruckus “finds his musical soul mate in famed racist country-western singer Jimmy Rebel…”

But per an Adult Swim spokesperson, the 2018 “The Shivering Truth” episode “The Ogled Inklings” will return to the Adult Swim site and HBO Max in the future after being “temporarily rested.”

Tan, rested and ready to amuse a new generation, one not under the fascist thumb of today’s woke mafia.

“Blazing Saddles,” one of the most stinging satires of the modern era, earned its own warning recently.

The biggest, most politically vocal stars of our age aren’t willing to stand up for art, apparently.

What do they fear? Don’t they realize the more they stay silent the more art will be purged? Will their content be next? Are they too frightened to care? And what, exactly, do they fear?

Mean tweets? Social justice shaming? They forget the few stars who don’t apologize for their content and comments survive the attacks?

The current Cancel Culture craze is about power, not sensitivities. It’s a way to shame our collective culture, to reframe the nation as one of hate, not freedom.

Creative expression suffers as a result. So does our cultural past and the ability to explore challenging subjects. It’s why an upcoming immigration documentary hid its credits to protect the crew from professional repercussions.

The same silence greeted the Academy’s decision to demand woke quotas for Best Picture nominees. The biggest directors in Hollywood put down their smart phones rather than rebuke the announcement.