Highly Partisan Comics Dishonestly Claim to Want to Save Democracy 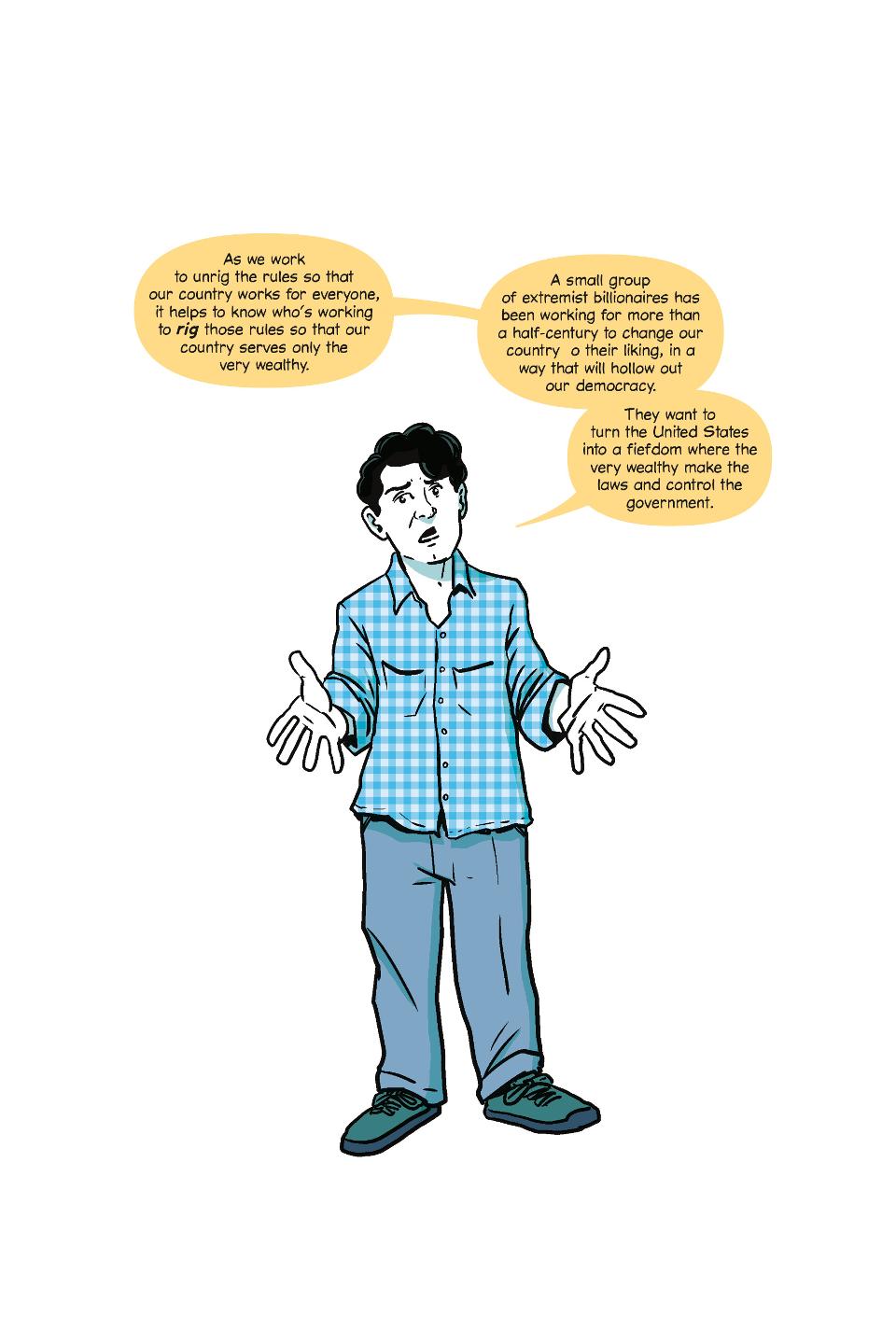 Rob Salkowitz at Forbes brings news of a publisher called First Second who’re releasing a series of political comics that may be similar to what was spoken of here earlier, and do seem influenced by the same liberal mindsets that currently despise President Donald Trump:

As America gets an extended civics lesson through televised impeachment hearings, one publisher is turning to another medium to illuminate the hidden corners of politics and government. First Second, an award-winning graphic novel press, today announced the debut of a new line called World Citizen Comics, which uses the storytelling power of comics to get people engaged around issues of governance, civil society and the Constitution. Each book is penned by a subject matter expert, paired with a professional cartoonist to render the work in comics format. 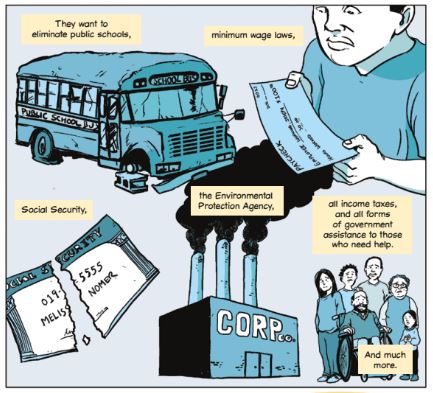 But are they left or right-leaning? If you can’t tell clearly from this article, one look at the sample comic that accompanies the Forbes article and following statements from the company’s editor gives some enlightening clues:

“We’re at a critical point now in our democracy,” says Mark Siegel, editorial and creative director of First Second Books. “These books are not necessarily a response to this particular moment in US history – although they are that – but intended as an offering for a new kind of citizen.” 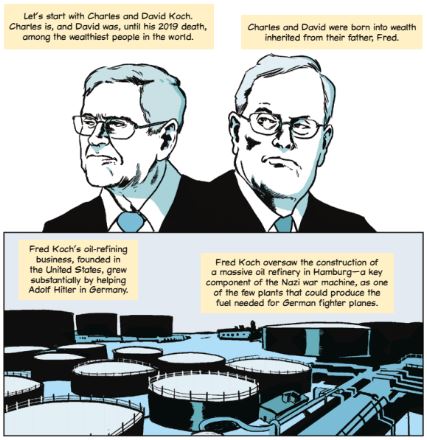 Yeah? What kind would that be exactly? Liberal or conservative? It’s funny how Siegel says what they’re developing isn’t “necessarily” a response to this Trump-led era, then he basically hints they are. This sample comic certainly bashes the Republicans and the Koch brothers. 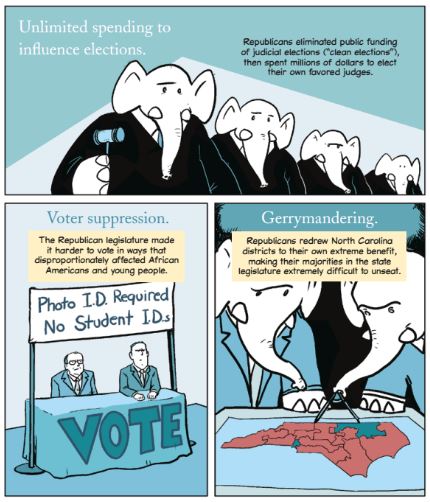 Siegel says that First Second, which does not usually publish overtly political material, is trying to stay above partisanship and leaning into work that encourages participation and awareness around a range of issues. “Schools don’t really offer a civics education anymore,” he says. “Because comics are so appealing, exciting and accessible, we want to use the power of that medium to equip people with tools to navigate today’s political system.” 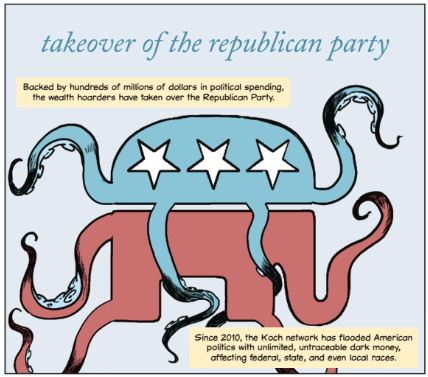 But here’s the problem – hardly anybody buys comics these days, blockbuster movie adaptations are still a thing, but not comics. So why should political comics be expected to do any better? And why should we assume this project will avoid partisan standings? I can’t tell if any of these projects are conservative-leaning, or if there’s any balance between the left and right in their planned output. I do notice at least one liberal journalist whose name I recognize among the list of contributors:

Other editions announced today include What Unites Us: Reflections on Patriotism by former CBS anchor Dan Rather and Elliot Kirschner, with art by Tim Foley; Citizen Journalist by political columnist and author Seth Abramson and Scott McCloud (Understanding Comics); Fault Lines in the Constitution: The Graphic Novel: The Framers, Their Fights, and the Flaws That Affect Us Today by Cynthia Levinson and Sanford Levinson; Re-Constitutions: A World Citizen’s Guide to the Rules of the Game by Beka Feathers, with art by Kasia Babis, and several more that examine the role of media and money on political participation.

Dan Rather?!? The same one who was later booted in disgrace for running phony news during the 2004 election campaign, such as the Killian controversy? And who later lambasted Trump for complaints of “fake news” when Rather himself already engaged in that very performance? Just who is Rather to tell us about patriotism, when there’s every chance his vision will turn out the worst? Anybody with that bad a record is unsuited to participate in such a project as First Second’s prepared, and is not an expert on the subject matter. 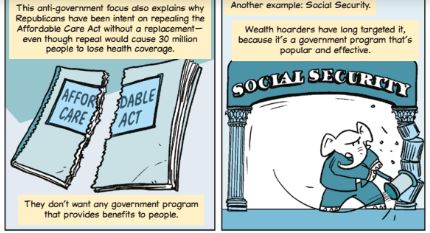 And I think this is telling something about just how reliable this political comics project really is. If they can’t hire a reporter who knows to avoid concocting Fake News, they haven’t prepared their project well at all. Comics as a medium won’t save democracy this way. One glimpse of the preview comic they’ve released shows exactly where they are truly coming from. 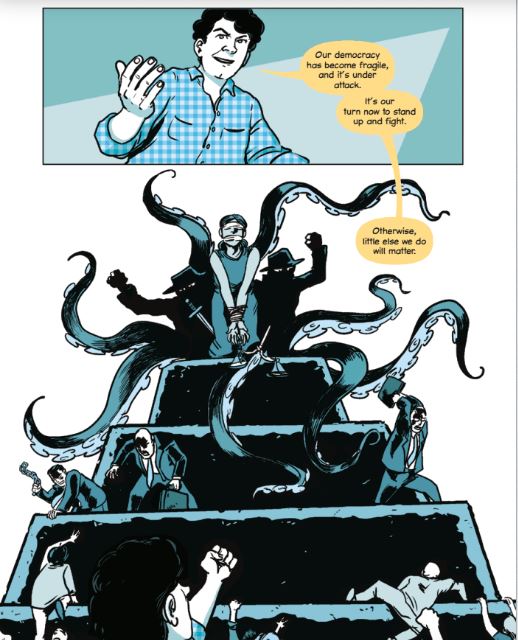