Here is What Really Killed Comics 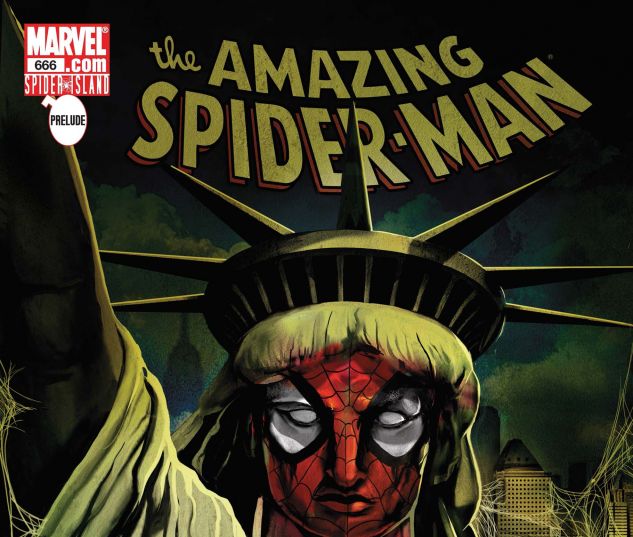 Everybody has a theory of how the American comic book industry died.

“It was the early 90s investor boom,” some say. “The glut of variant covers and similar sales gimmicks created a bubble, and when it burst it took out the direct market.”

Others lay the blame on publishers driving out seasoned writers and letting rock star artists run the show.

Still others fault “those pesky SJWs” for turning the Big Two comics publishers #woke–which, the saying goes, will soon make them broke.

Everyone has a pet theory, but few notice that none of these explanations are mutually exclusive. The comics industry has become like an elephant in the dark. Fans and marginally interested social commentators alike are groping it, searching for a definitive cause of death.

Perhaps comics fans don’t really want to know. The stage magician’s audience want to believe there are coins behind their ears.

Like an onlooker who happened to see the coin hidden in the magician’s palm, I have come into the knowledge of how the deed was done. 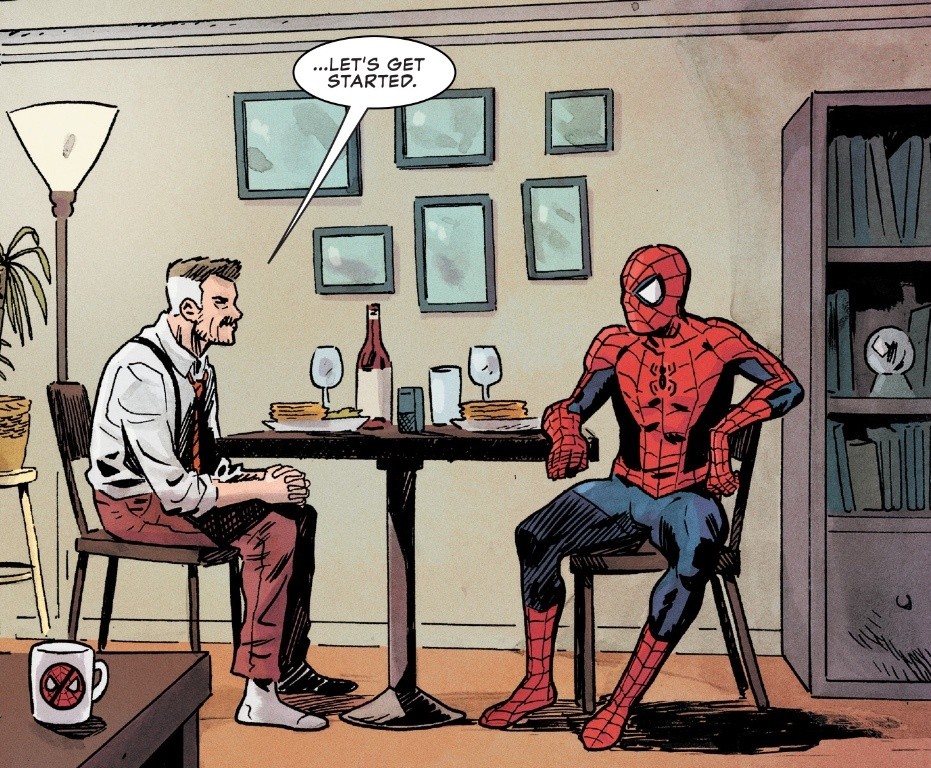 First, some necessary background. A close friend–we’ll call him Research Guy–has over the past few months embarked on an innocent quest to rebuild the long lost comic book collection of his youth. He created a spreadsheet of back issues he wished to buy going back to the 50s.

For easier identification, Research Guy added notes to his list, highlighting any significant events which took place in a given issue. He gave pride of place to famous character introductions, the first appearances of important concepts, and inclusion in major story lines.

Organizing many hundreds of comic books in this way yielded unexpected insights. My friend spotted a number of patterns running through almost all comic books within almost exactly the same time frames. It was as if the comics industry as a whole had an overarching life cycle.

This is the cycle Research Guy identified, using the timeline he observed for Marvel Comics, which gives a clearer representative sample.

Sharing many qualities of a superhero himself, my estimable concept artist ArtAnon swooped in with additional sources that shed bright light on the elephant’s graveyard.

It was the web site of Fantastic Four superfan Chris Tolworthy that finally put all the pieces together. Quite independently, Chris gathered supporting evidence for all of Research Guy’s observations.

Look at this chart featured on Chris’ site: 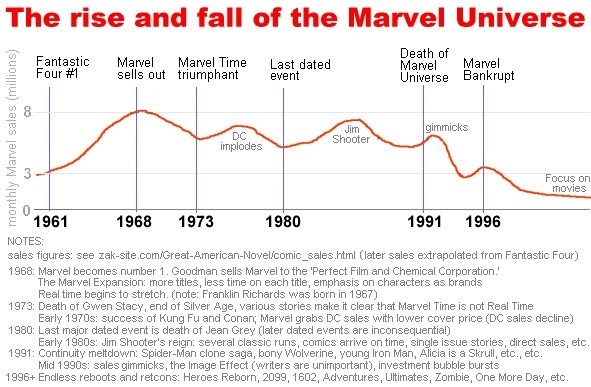 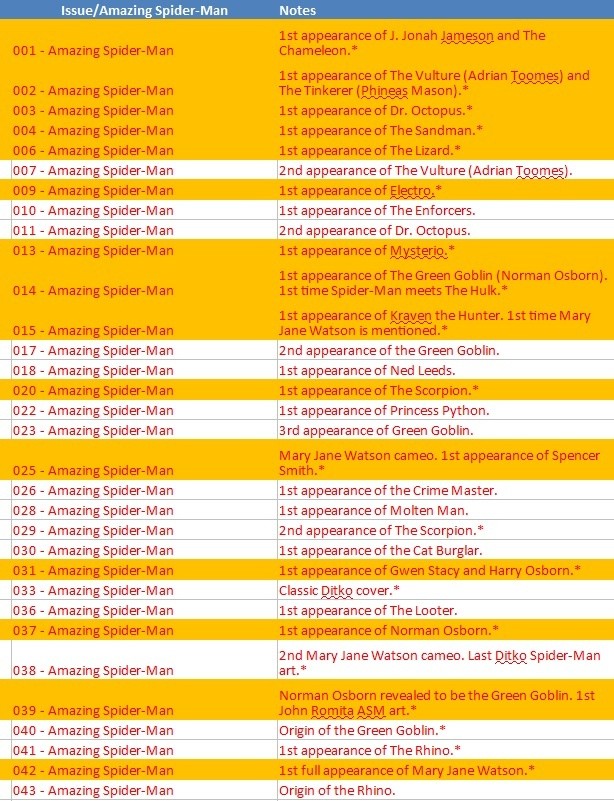 The one line of data Research Guy lacked was sales figures over the period in question, which Chris helpfully provides. As you can see in the chart above, the overall downward trend is pronounced.
Comics fans once read Marvel books for the sense of continuity, high-stakes drama, and relatable characterization. The Marvel Universe was like the corner bar where they could drop in and catch up with the neighborhood regulars. They watched those characters’ lives unfold over decades. And then the building was pulled down brick by brick to be replaced with a corporate chain joint. The prices rose while the quality dropped.
One caveat: The downward trend was temporarily reversed under the aegis of legendary editor-in-chief Jim Shooter. But the recovery on his watch only proves Chris and Research Guy’s point. Shooter revived Marvel by being a stickler for continuity and shipping quality books on time. Following that formula is all that’s necessary to bring comics back.
Don’t expect to see the Big Two embracing Shooter’s business model anytime soon. Marvel began its transition from a comic book publisher to a brand management company in 1968. That shift in focus would be concretized in 96 and made irrevocable with the company’s absorption by Disney.
As for DC, they’ve operated as a brand management outfit since the 50s. Marvel’s decline has rightly been described as them becoming a clone of DC.

That right there is your culprit. The Big Two got out of the comic book publishing business and into the brand management business. The editors checked out, and good writing became an afterthought. Flashy art and gimmicks became the order of the day. The resulting investor bubble popped, and woke capital moved in to pick the bones clean. They’re still at it now.
This creativity crisis isn’t limited to comics. I’ve chronicled how every branch of pop culture from novels to video games to film suffered a creative collapse–right in the late 90s time frame noted by Chris Tolworthy and Research Guy.

Revitalizing the culture will take a new generation of creators dedicated to telling high-stakes stories of engaging characters on a timetable audiences can rely on.