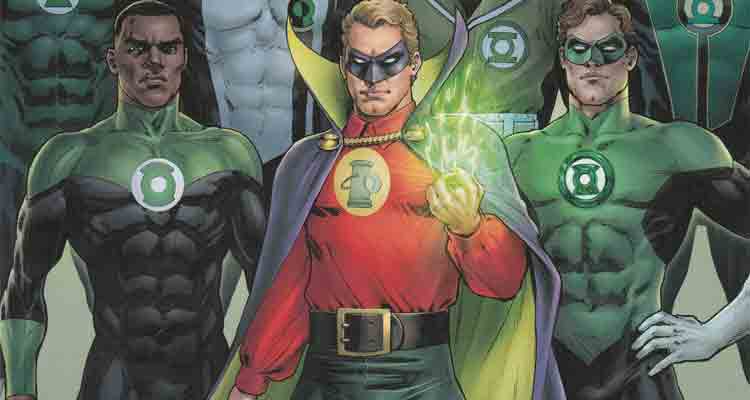 In this sugary Deadline Hollywood article about HBO’s new TV show based on the Green Lantern franchise (produced by none other than Greg Berlanti, among other shady folks), it turns out the only way a white character like the Golden Age’s Alan Scott is allowed to be cast in a modern SJW-themed sci-fi production today is to use the homosexual version, and in this case, going by what the overrated James Robinson brewed up nearly a decade ago in the abortive Earth-2 series from the New 52 monstrosity:

The drama will depict the adventures of a multitude of Lanterns, including Guy Gardner, Jessica Cruz, Simon Baz and Alan Scott — Earth’s first Green Lantern, who, true to the comics, is a gay man — and many more. The series will also include fan favorites such as Sinestro and Kilowog, and will also introduce new heroes to the ranks of the Green Lantern Corps.

Look how lacking in research this is – pretending Scott was always gay, even though in the Golden Age, he wasn’t, and there were 3 women he was involved with in decades past – Irene Miller, Molly Maynne, alias the Harlequin, and Rose Canton, the original Thorn, the latter who bore Scott’s 2 twin children, Jade and Obsidian from Infinity Inc, while Molly became the lady whom Scott later married. Also notice how, in another sign of social justice around the corner, they’re putting Geoff Johns’ Islamic propaganda creation in the cast, yet they’ll doubtless refuse to acknowledge Islam’s hostility to homosexuals. Wow, I’m sure Robinson is really having a ball knowing that his desecration of Martin Nodell and Bill Finger’s Golden Age creation is considered the superior one by today’s PC standards. This news compounds my opinion Robinson’s take on Starman was vastly overrated during the 90s, and ensures I won’t be buying anything with his name on it now.

Screen Rant makes things worse with their own gushing:

When DC’s New 52 initiative rebooted the DC Multiverse after the events of Flashpoint, there were several things that weren’t the same or were missing completely. One such element that was gone was the existence of the JSA altogether. In the new DC timeline, the Justice League were the first heroes to emerge in the world, only 5 years prior to when the New 52 begins. However, the New 52 did run a series titled Earth-2, which featured the members of the JSA in the modern era. Remarkably, Alan Scott got a major retcon to his sexuality, where he was revealed to have come out as openly gay.

While this reveal was in 2012, future comics featuring Scott and current iterations have held true to this retcon, even in stories featuring the JSA in the past. Given that the JSA was operating during the 1940s it would have been much harder for Alan to be as open about his sexuality, considering that before the 1960s, acts of homosexuality were treated as felonies punishable by imprisonment. This was a historic move on DC Comics’ part, one that was generally lauded as a positive and progressive move on the part of the publisher, and will be a featured element for Scott’s character in the upcoming HBO Max series.

If this is so, then clearly, we’re not missing anything. The site’s contemptuous writer wasted no time celebrating the retcon as the most spectacular thing that could possibly happen, lauding it as “historic”, despite how LGBT issues have long grown very old, and painting the 40s as worse than they actually were stateside. They sure love to use the word “progressive” too, don’t they?

This CBR item, which is also pretty bad, notes a most fascinating omission of characters from the cast:

My my, so Hal for starters, the Green Lantern whom they’d be claiming until recently was by far the most famous GLC member, has no part in this TV show, nor is John, who debuted in 1971? On which note, and before we forget whom the production crew is comprised of:

Executive produced by Geoff Johns and written by Seth Grahame-Smith and Marc Guggenheim, HBO Max’s Green Lantern series has yet to receive a premiere date.

This was the same man who claimed to be big on backing Hal as a star, yet here, he takes part in producing a TV show that so far is lacking the character, or at the least, marginalizes him. How fascinating. But whether or not Hal and John are present in this current iteration, Johns alone is enough to make me change the channel, or turn off the TV set. (Or, if this were broadcast on computer-based video frequencies, to turn off the web browser.) What he did to the Flash was terrible enough; I’m not going to waste time on the TV shows he produces, no matter what the tone or content they’re filmed with. 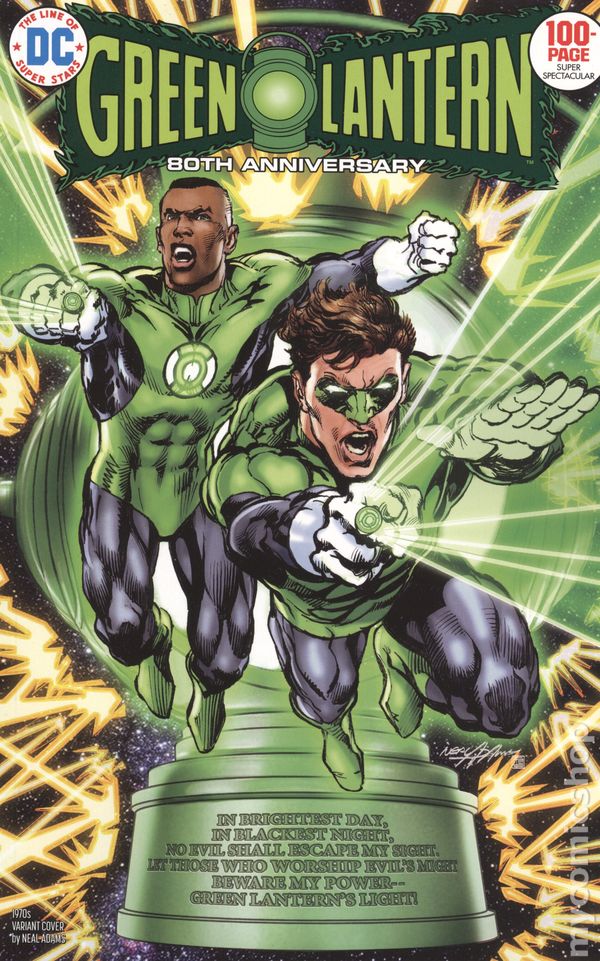 And in the end, again, you could make an argument the structure of these live action adaptations strongly suggests the only way a white man like Alan could be cast in such series today is if they’re characterized as homosexual. That’s how political correctness seems to work these days.
In addition, this further explains why I’ve become so disillusioned with anything Green Lantern-based, as they fell victim post-1988 to the worst political correctness possible that became considerably worse as things went along. As somebody who is a GL fan, it’s terrible to see characters and a comics franchise that once had enjoyability fall so hard to modern PC mentalities.