Harvey Comics Hopes For a Comeback With Upcoming Documentary

It’s no secret that D.C. and Marvel Comics have dominated American popular culture but, as you likely know, there are other interesting outlets that are seldom talked about in the media. Jonny Harvey, grandnephew of Harvey Comics founder Alfred Harvey, is taking action to change this through his new documentary that is currently in production titled Ghost Empire.

In Jonny Harvey’s journey to discover the lost history of the once-great comic book publisher, he examines the rise and fall of the Harvey Comics empire and its legacy in the comic book industry, having originated popular titles like Casper the Friendly Ghost, Richie Rich, Harvey Girls, and more. 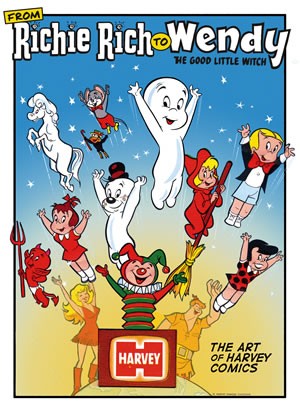 The documentary takes a unique look at how Harvey Comics is a forgotten giant of the comic book world and that it arguably laid the groundwork for the industry today.