A friend brought this to my attention with the words “I thought the headline was simply clickbait, but nope. It looks serious. May God forgive us.”

Had I been the editor at Bleeding Cool, I would have put forth a different headline, something more along the lines of this:

Marvel is a Brood of Vipers; How Shall they Escape the Wrath to Come?

Oddly enough, just this week I was rereading some Spider-Man comics from 1970, seeing Peter Parker putting a bag over his head so that he could clean his spider costume at the laundromat — because he wants to make a paid appearance on a late-night tv show, because he needs the money to date Gwen Stacy, daughter of the police chief who is close to uncovering his secret identity, but she is dating Flash Thompson, who hates Peter but adores Spider-Man, because Flash joined the army, while Peter stays stateside, disappearing whenever trouble is around — meanwhile Peter’s boss, the curmudgeonly editor J Jonah Jameson, on a crusade to defame Spider-Man, has hired the supervillain Electro to assault and unmask Spidey on live television by attacking him in the studio, before a live audience, during the broadcast!   But Peter cannot go to the show until his costume is cleaned, so … 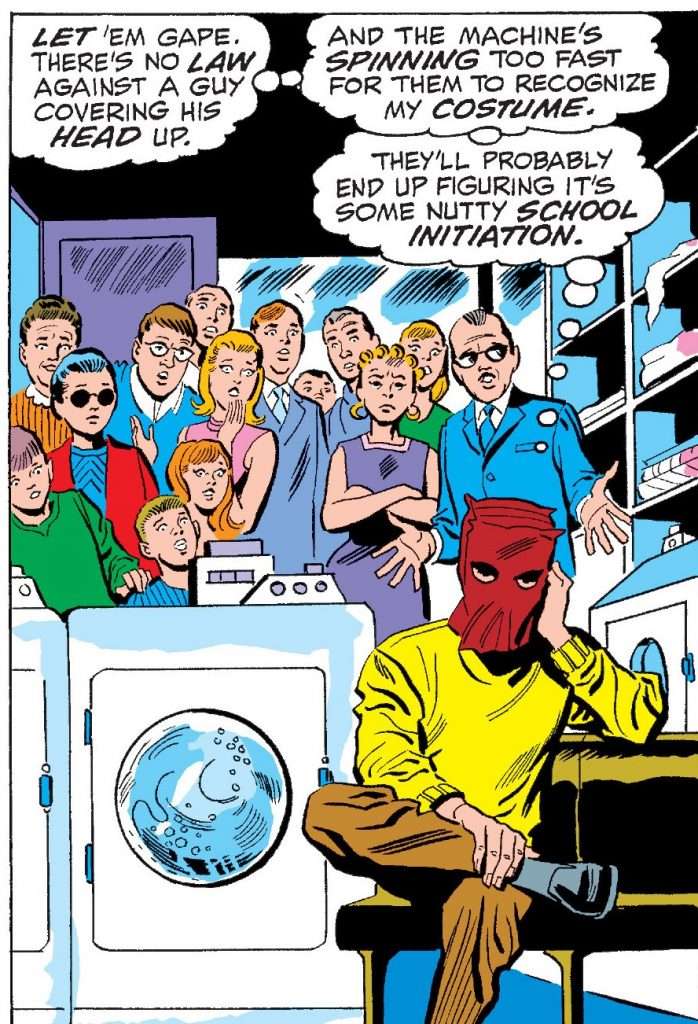 Sorry for rambling. My point is that comics used to be good, and any child, or adult not dead to childlike wonder, could read about heroic heroes, including poor workaday schlubs and schnooks and common folk with common problems like Peter, who, despite being unrewarded, unloved, libeled, and battered, continues the fight.

The modern Marvel is “woke” — which means they buy into a death-cult paranoid conspiracy-theory worldview, a view called Cultural Marxism. Cultural Marxism is the application of the Marxist theory of history to cultural values.

Marxism is the theory that all economic and political institutions are instruments of oppression by a diabolical yet privileged oppressor class, namely Capitalists, against a saintly yet disenfranchised victim class, namely Proletarians.

Cultural Marxism takes this same idiocy but applies it to culture, so that fine arts, popular entertainment, music, movies, comics are the instruments of oppression, and the victim class is any identity group, minorities, women, paynims, perverts, criminals, wetbacks, willing to undermine or overthrow Western civilization: English common law, the Roman Church, Athenian philosophy, Jewish scriptures.  The oppressor class is “whiteness” and “straightness”, i.e. Christendom, and the things of oppression are “White values” like courtesy, sobriety, decency, chastity, punctuality, and a work ethic.

Life is oppression, so they adore aborticide and euthanasia.

Love is oppression, so they adore fornication, adultery, polygamy, sexual abnormality, or anything that makes love shameful and sick.

Laughter they regard as problematical, if not hate speech, which is why their uncomical “comedians” utter applause lines, not punchlines.

Light they flee and loathe, for their deeds are evil, and if you speak of the inflated deaths from Wu Han flu, or Voter Fraud, or the Hunter Biden laptop, or the Clinton crime family, you will be banned, or silenced, or suicided.

Despite any rhetoric to the contrary, the point of Marxism, cultural or otherwise, is not to redress woes, revolutionize society, or establish utopia. The point is to justify any wickedness one might care to do in the name of redressing imaginary historical grievances.

Marxism justifies plunder and murder on an industrial scale. See the body count and bank coffers of Mao and Stalin for details, and hear what public adoration they decreed for themselves.

Marvel is now Marxist. In other words, Marvel is now evil and worships at the altar of evil. They hate straights, hate whites, hate life, love, laughter, light.

And evil is a jealous god, and will brook no rivals, so naturally the name of Christ must be blasphemed.

To them desecration is as natural as breathing. They may not even be aware of the reflex.

I remember older comics where the worship of evil was depicted as a bad thing. Those days are gone. 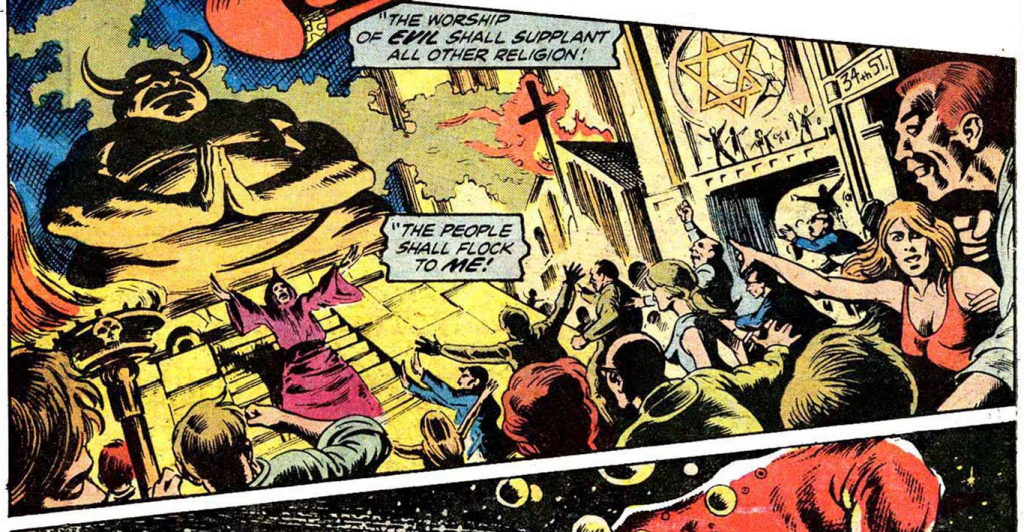