This time last year, a share of Walt Disney Co. stock was worth nearly $180. Today, it’s worth almost half that amount, around $97.

Red State says that conservative audiences are finally turning away:

No doubt the higher-ups at Disney heard that phrase at some point, likely reading it from people tweeting it at them in their Twitter feeds. It was a warning from would-be viewers and fans, but it was likely scoffed at. Disney was too big to truly feel the pain of any political activism. It’s Disney, after all.

Now, over the course of just a year, Disney stock has plummeted nearly 50 percent as their political-infused productions continue to turn away audiences and garner angry fan reactions.

Disney might be surprised but fans aren’t. Their mishandling of popular brands like Star Wars, Marvel, and Pixar has caused fans to shrug them off. Entire YouTube channels have created popular videos dissecting the failure of each, and while each of them may reach various conclusions as to how it got there the ultimate consensus is that the story writing has suffered greatly

It has, but those paying attention will know that the reason the stories have suffered is that leftist politics has infected everyone from Disney’s brass to their writing staff. 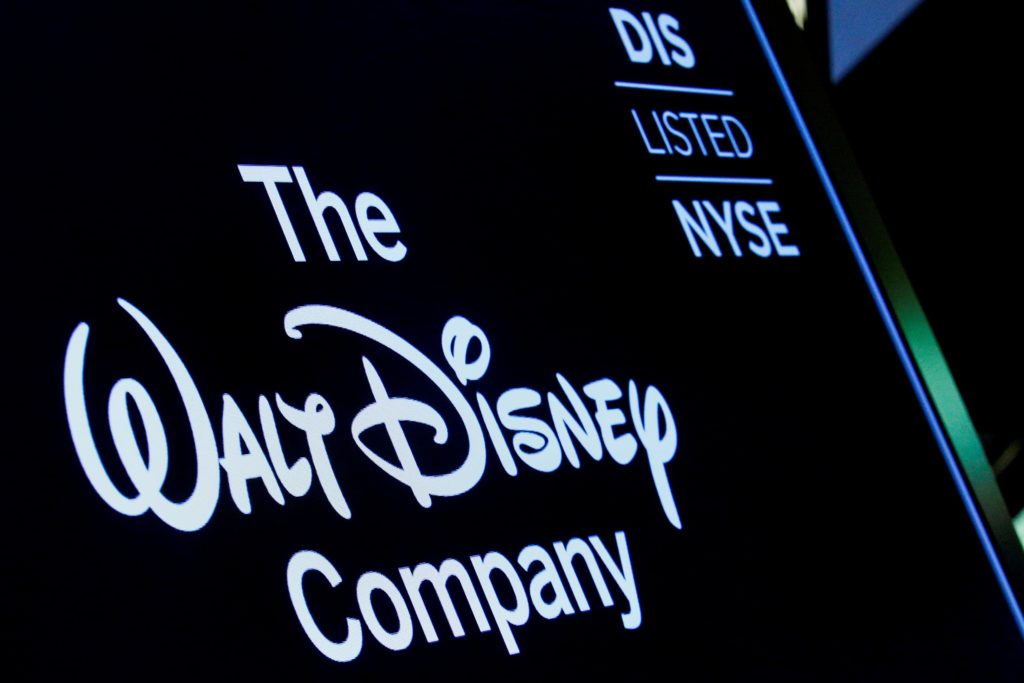 As we’ve been reporting, Lightyear has been a disaster of epic proportions for Pixar, due to both its unnecessary lesbian kiss, and star Chris Evans calling anyone critical of LGBTQ+ displays of affection in children’s films “idiots.”  But perhaps Red State and our friends at Bounding Into Comics don’t go far enough in getting to the real problem with this movie. As the Ace of Spades blog points out, the “gay kiss” in the movie is pretty incidental.

It wouldn’t have mattered if they deleted the gay kiss or not; the fact that two women meet, have sex, have a baby together (how, it is unclear), and grow old together is a key plot point in the movie, which could not easily be excised from the film.

The Gay Kiss just confirmed what was obvious: the two were in a long, long-term lesbian relationship.

Furthermore — spoiler alert for a children’s movie you’re not going to see anyway — the villain of the movie turns out to be Buzz Lightyear himself, a future version of himself anyway, who has come back in time and wants to go even further back in time to undo the mistake he made that caused them to all become stranded on the alien planet where the movie takes place. But undoing everything would also break up this lesbian couple and erase their baby, which presents a moral dilemma presented to the younger version of Buzz — is undoing a mistake worth it if it also wipes out the good that subsequently occurred in overcoming that mistake?

That sounds okay but I can’t help but notice what we have here is a case of Deranged white straight man wants to break up non-white gay relationship.

Oh, did I forget to mention the lesbians are, of course, non-white?

This is why the movie has been banned by so many countries — not just because of the kiss, but featuring a lesbian relationship so centrally, and kinda-sorta suggesting that men — fathers — weren’t necessary in a family.

And were maybe a threat to them.

So that is the film Pixar made, and the next film they have in the tube is Strange World, featuring the first teen boy-boy romance. (Buzz Lightyear featured an adult female-female romance.)

ThatParkPlace.com reports that this is not going to fly with Disney CEO Bob Chapek, now that Disney’s lost half its share value.

Expected originally to make more than one-hundred million dollars in its domestic debut and more than a billion in its full, worldwide release, Lightyear has released to an utter thud. If it manages to cross fifty million in its debut domestic weekend, it will be a miracle. If it doesn’t, we’re already far passed embarrassment.

And now, after to weekends, it barely made $79 million, still less than half its production costs, and not even touching its marketing costs. Consider that Disney may be looking at a film that only does something like three-hundred million total worldwide. If that is its final resting place, Lightyear will lose as much as it makes: $300,000,000.

The Walt Disney Company is a huge corporation. But even huge corporations can’t afford to lose those sorts of numbers more than on rare occasion. That means this is untenable going forward. Whatever made Lightyear fail can’t happen again.

The problem for Disney and for Pixar is that the failure of this film is squarely on the culture of those who inhabit Pixar. As an example, the same mistakes are on the docket for Strange World, the next theatrical release for Pixar. And the people at the studio are unlikely to accept defeat by pulling the problems out of the movie.

That means a fight is brewing, or if Disney is so lucky, a purge. For it was Pixar that used a divisive cultural moment to attempt mutiny against the Disney CEO, Bob Chapek, in order to restore a lesbian kiss to the Lightyear movie.

That meant that the film was marketed and discussed in the press as a movie central to the culture war rather than a children’s space ranger flick. Never mind that the movie’s narrative revolves around the lesbian couple who become pregnant and have a family — to the point that Buzz Lightyear becomes the villain for attempting to complete the mission and thereby (somehow) remove the situation in which the couple could come together. Parents were already going to be thrown for a loop when they needed to explain how two mommies can make a baby, the kiss was just Pixar’s coup maximus.

But none of that worked. Disney has become a deeply politicized and divisive company. The people who regularly said “fine, go watch something else” are finally getting their way, then standing in stunned silence as they try to rationalize why an audience didn’t materialize. The mainstream media and the woke punditry have devolved into putrid stupor, presenting ridiculous reasons as to what has occurred. Why should we listen to them? They didn’t foresee this, so why should they be given credence now?
…

The real reasons for why Lightyear has failed are simple. You do not need a PhD or an inside source to understand them.

Disney became political and alienated half their customers.

Half their customers (or less) came to Lightyear

This backlash has been largely hidden until now by streaming.

Disney management has likely seen this trend before the public saw it loud and clear via the box office.

Putting sexual orientation issues in a children’s movie in such a way that forces parents to have “the talk” isn’t the right way.

I believe this issue with Turning Red is that it’s all about a girl’s first period, which is not at all hinted at in the advertising. The title is a punny nod to the subject matter but you wouldn’t guess “Oh Disney made a menstruation movie.”

Parents left the theater now having to have an Uncomfortable Talk with their little daughters they were not prepared to have.

Can I also just say that I find it exceedingly funny that they released a movie that centers around a lesbian couple and the bad guy is a man who might accidentally erase their relationship… on Father’s Day Weekend.

[T[he only reason they didn’t see this coming is because they’re in such a bubble with who they talk to and where they live that they didn’t even know about the thesis we’ve been presenting here at That Park Place for months. They would have rejected it if they had known, but that they didn’t is enough to show you how insular their lives are.

He notes that Chapek will be emboldened to tell Pixar to make cuts to their next Woke project, and that Pixar will not have much of an argument to make in response — short of quitting.

But which other studio is going to gobble up a bunch of animators who quit their last job over the principle that their last boss wouldn’t let them indulge their Grooming itch to the fullest?

And it’s not just the fundamentalists or the conservatives who have a problem with the identity politics. It turns out the movie just isn’t very good on its own merits.

Lightyear SUCKS and I Need to Talk About it...

Disney is now toxic, is now harmful to your children, a danger to your kids, a grooming outfit backed by billions of dollars looking to twist your child into a psychologically-damaged sexual being it can exploit and abuse.

And now Disney is worth about half of what it was worth a year ago.

Americans are spurning Disney and the studio only has itself to blame.