Gerry Conway Concedes the Comics Industry is in Decline 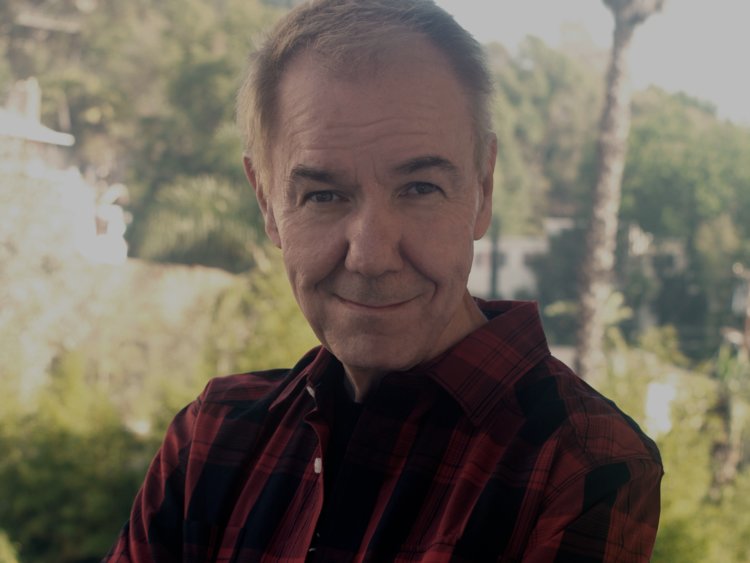 This Is Insider interviewed veteran Gerry Conway recently about the state of the comics industry, which he admits isn’t good, and looks like it hasn’t been in great shape since the mid-70s:

Over four decades later, “Captain Marvel” is rocketing toward $1 billion at the worldwide box office. The movie is more closely inspired by writer Kelly Sue DeConnick’s interpretation of the character, when she finally took the name Captain Marvel in 2012. But as Conway, 66, told Business Insider, he’s a “grandparent” to the movie.

Certainly, he was responsible for launching Roy Thomas and Gene Colan’s creation into a superheroic career. But does he (and Dave Cockrum) get any genuine credit for it? Hardly. Nor does he realize his fellow leftists aren’t going to thank him much, his politics notwithstanding. And he’s so far gone into leftism, there’s no chance he’ll ever lament deConnick brought Carol down to such an awful level as the “Carl Manvers” direction demonstrated.

Conway spoke with Business Insider about the Marvel Cinematic Universe, his career, and Netflix’s “Punisher” series. He also talked about the “grim” state of the comics industry, which he said is supported by a “fundamentally unsound business model.”

Which I believe to be lead by the continued use of monthly pamphlets instead of writing directly to paperback/hardcover format. Bob Layton’s also made the same argument, but does anybody listen to him? Alas, no. If the Big Two were to make the shift, it would force them to go more by story merit marketing for real, and deprive them of their ability to force company wide crossovers and other events upon their shared universes at the expense of talented, stand-alone storytelling. Jim Shooter was a talented editor, no doubt. But his resorting to the approach used with Secret Wars ruined everything in the long run, and it’s clear the Big Two don’t want to let go of the concept so easily.

Clark: “Black Widow” will probably be a spy thriller.

Conway: Right, and there are genres they haven’t even tapped into yet. It’s very smart. What they did is they separated themselves early from the idea of the superhero genre, and they’ve always recognized that that’s a limited field in which you can operate, so they’ve basically created an excuse to do all of these movies. You could even say that one of the brilliant things about “Captain Marvel” is that it’s like an independent, women’s self-realization film, which is an entire genre, right? That’s what all of these films do. If you want to watch a superhero movie, you’re watching a superhero movie. But for those who don’t, they’re not bored. 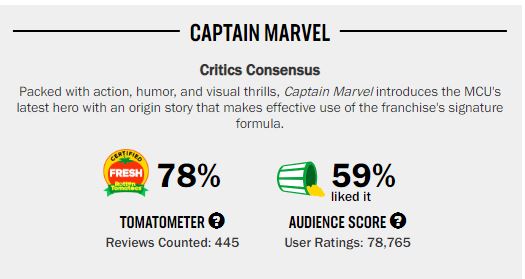 I guess we shouldn’t be surprised he won’t admit artistically, the Captain Marvel movie’s a dud. It’s not so much a woman’s self-realization tale as it is a tale about how men are the root cause of the leading lady’s problems.

Clark: What are you thoughts on the surplus of superhero movies today? There’s not just the MCU. Do you think audiences could succumb to “superhero fatigue”?

Conway: Well, for one thing, we can eliminate Fox as a competing player in the superhero genre. Any movies that are going to come out featuring the characters Fox owned will probably be through the MCU. At least from what I understand, very smartly, [Marvel Studios president] Kevin Feige is slowing down. We’ve had three Marvel movies the past couple years, and next year we’ll have two. And even if that’s only for a year, you’re giving the audience a breather and building up anticipation for the next one.

I get the feeling the CM film could be the start of the trip downhill for the Marvel movie franchise, having seen some people feeling discouraged about seeing Avengers: Endgame, so it won’t make much difference whether they scale back development. What matters is that Feige suggested they’re on their way to employing more social justice elements, not unlike what CM used. Now, let’s turn to the sales subject of the 70s:

Clark: Was there a lot of anxiety back then about the state of the industry?

Conway: Oh yeah, by the mid-’70s we were seriously wondering whether we’d be around at all. Sales were collapsing. When I first started working in the comic business in the late ’60s, “Superman” was selling a million copies a month. By 1975, it was down to probably 400,000. That’s a big drop. The price was going up because the cost of printing had gone up, but the amount of income coming in per book was dropping dramatically. Advertising revenue was down. We knew it was the baby-boomer generation that made comics sell in the ’60s, and as that generation was aging out, we really didn’t see a future.

Wow, it’s just as I figured. As comicdom moved on into the 70s, sales sank below a million copies for almost every title, and if it happened to Superman, Spider-Man couldn’t have been far behind. And nobody wanted to try and seek ways to make things easier, like what me and Layton argued. From what I know, Marvel’s forays into trade collections may have begun as early as the late 60s, but it was only in the mid-80s they began to capitalize on trade collections for real, and even then, still wouldn’t abandon the serial pamphlet approach, and mostly relied on what they consider the most popular stories for paperbacks, while more complete collections were relegated to the hardcover Masterworks (there were paperback Masterworks for a time, but they were discontinued recently in favor of the Epic Collections). Sure, it’s a shame sales and audience went down. But if Conway and his peers wouldn’t make the argument why something needs to change or be fixed, they failed their own arguments.

Clark: What changed that?

Conway: Phil Seuling, who was the owner of a comic-book store in New York City, came up with the idea of a direct sale market. The way that distribution had worked was by selling books to the newsstand, and the newsstand distributors had the right to return what they didn’t sell. You’d end up in a bad situation where you’re printing twice as many books as you’re going to sell, so your printing costs are ridiculous. What Seuling offered was a no-return sale. He got together a group of comic stores and said to the publishers, “We’ll order 1,000 copies of your books but we want them at a discount.” It started out as a small portion of the market, but it eventually became the market.

Clark: And that’s why pre-orders are so important for retailers, because they have to know how many comics they need to order because they can’t return any.

Conway: Right, and retailers are getting up in arms now because publishers are offering deals that are non-negotiable where they’re told, “You have to buy this number of these books before you can get this book that you know you want.” So they’re being forced to buy books that they know they can’t sell that they basically have to eat the sales on. A lot of retailers are struggling and going out of business, and if you lose that market, you have nothing if you’re a comic-book publisher. There is no alternative market yet. Comixology has some presence in the sales rankings, but not much.

They should have resisted the no-return policy in the first place. It goes without saying Seuling owes an apology for leading everyone into such a quagmire.

Clark: I was going to ask what your thoughts were on the comic industry today …

Conway: It’s pretty grim. There’s going to have to be something that happens that’s comparable to what happened in the ’70s with the direct-sale market. That resulted in a redefinition of the distribution methodology and the market that you’re aiming the books at. Both of those changes came hand-in-hand and resulted in a dramatic difference. What we’ve seen over the last couple decades is an increasing reliance on cheap tricks for profits to support a fundamentally unsound business model.

There may be 50,000 comic-book readers in the country. That’s my estimate based on what we see are the best-selling books. The best-selling books barely break 100,000 these days. You end up with a business that is basically trying to take as much money from 50,000 readers as you can by offering multiple variant covers of books so they get people to buy the same books five times, and constant reboots so people are forced to start their collections over. It’s totally unsustainable. Instead of broadening your audience, you are basically defining your audience down to the most desperately fanatical people that will take anything you do. To reach those people, you have to do stuff that’s more and more narrow focused to their interests, which has been the problem with the direct-sale market from the start. You abandoned the newsstand readership that was a broad readership for a specific audience. Within that audience, you’re narrowing it even further on fans who are willing to spend four bucks on 20 pages of entertainment.

Conway: It’s a very expensive hobby. It’s an addiction for people who do it, they can’t break the hobby. But you’re not going to get anyone new because the bar for entry into that market is so high now. My daughter is a big fan of superheroes. She’s 22 years old. She doesn’t read superhero comics. She watches the movies, she reads up on the stuff, she’s interested and wants to know more. But she doesn’t read the comics because there’s no way for her to get into it. She can’t afford it.

Well luckily, some people have broken the hobby, as the closure of so many stores in the past few years has proven. Nevertheless, this is reprehensible when practically any and all publishers keep resorting to the variant cover gimmick, right down to the exclusive-to-store units and they won’t even try to build a business model relying on paperbacks/hardcovers only.

But Conway and his ilk fail to consider one more thing that’s driven away consumers: heavy-handed leftist politics. Isn’t that a form of narrow interest pandering? Of course it is, but I suspect Conway’s so sold on his liberalism, he just won’t go far enough to condemn all the horrific leftism that practically turned Captain America into a Nazi-Hydra agent 2 years ago, all for the sake of one of the worst types of crossovers ever, Secret Empire.

“I voted for Trump. Now his wall may destroy my butterfly paradise.”

Another in the pathetic “Had I but known Trump was exactly the idiot monster he appeared to be” apologias by supposedly mortified Trump voters.

To make a difference, you have to have the guts to speak out, and not be worried about blacklisting. Unfortunately, Conway’s not somebody who’s proven the most effective in conveying the tour de force arguments needed to put an end to the cancer that’s eaten comicdom, and failure to speak out against men like Joe Quesada and Dan DiDio for the harm they’ve caused is another letdown.