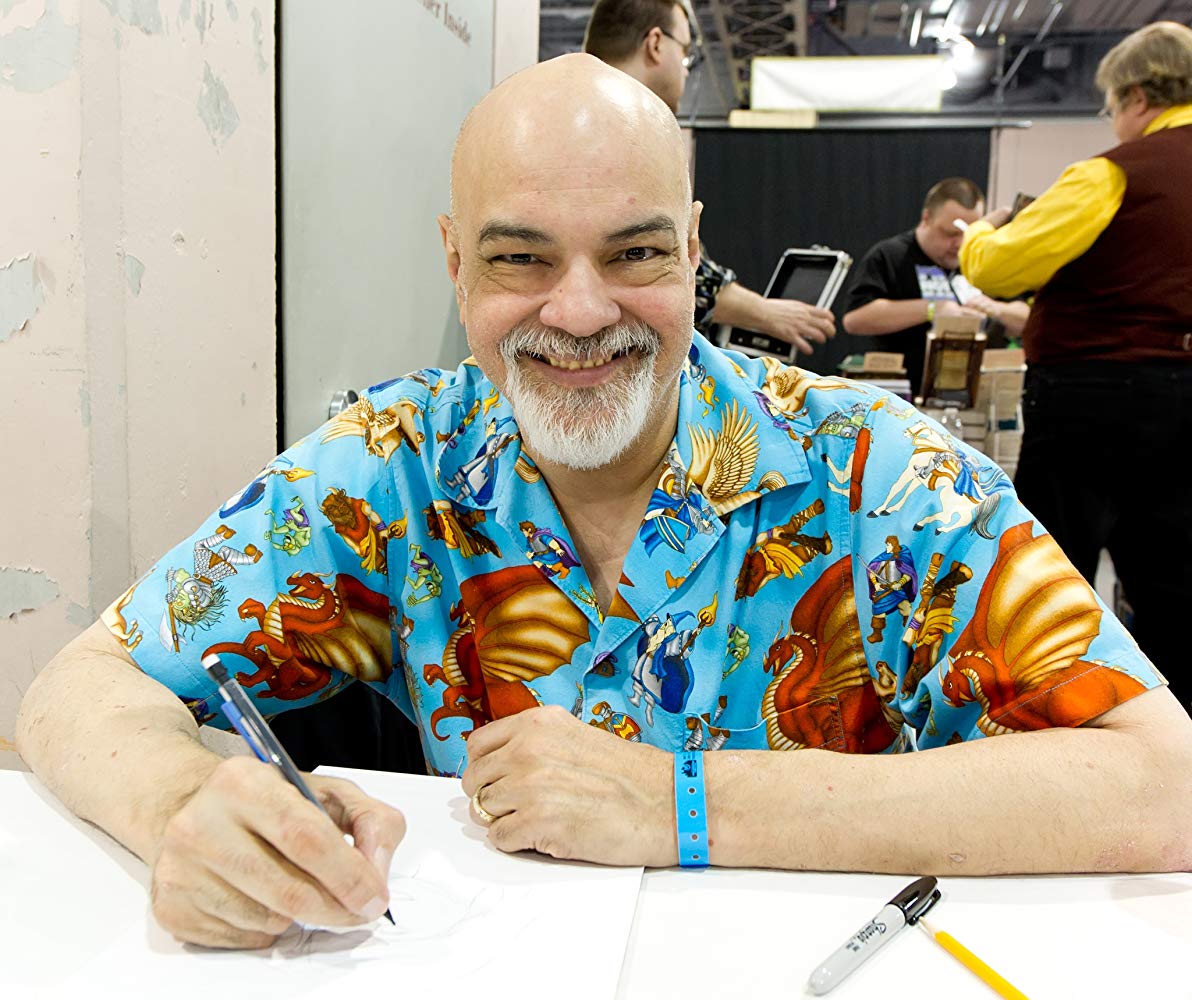 Famed artist George Pérez, who’s all but retired these days, spoke at a convention about DC sabotaging his scripts for the New52 take on Superman, and how this led to a fallout that soured his milk for corporate owned superheroes:

Prolific comic book creator George Pérez says his short-lived stint on Superman, relaunched as part of DC Comics’ New 52 in 2011, soured him on “corporate comics” and marked the first time in his decades-spanning career he “didn’t care.”

“I think the only time I had any bitterness or uncomfortable feelings working was more recently. Because the fact the industry has changed so much, and now it’s corporate comics. We’re sometimes being asked not to create comics, but to manufacture comics,” Pérez said at Niagra Falls Comic Con.

“And that bothered me during my run on Superman, the New 52 Superman. It was a book being done by committee, and I don’t think I really got a chance to really create as opposed to, you know, ‘follow the dictates of what we have in mind, put your name on it,’ and yet they couldn’t make up their minds what they wanted from day to day. So that started to sour me.”

Pulling double duty as writer and penciller for the book’s first three issues, Pérez stayed on as writer for another three issues. By its seventh issue, Pérez was off the book entirely.

“I would send in the script, and then they would do the editing and whatever changes and send it back to me, until finally I just said, ‘Here’s your script. However it’s printed, whatever the final product is, it’s your job. If the fans love it, fantastic, my name’s attached to it. If they don’t like it, I can’t help that, even though my name’s still attached to it,’” Pérez said.

“And that was, for me, the nadir of my career, because for the first time working in the industry, I didn’t care. They made me not care. And I don’t blame the people at DC for it — they’re following the dictates of Warner that now has a much more hands-on policy.”

On this, I would partly disagree. Sure, Time Warner’s clearly become a bad lot, like many other corporations with no respect for their properties, serving up an example why it’s bad for famous universes and franchises to be owned by corporations and conglomerates. The same goes for Disney as owner of Marvel. But to say only Warner’s responsible ignores the shadow of Dan DiDio, who’s just as reprehensible. I remember there were some early cases told of Marvel rewriting their freelancers’ scripts in the early 2000s, including Jon Ney Reiber on the Marvel Knights Captain America, and it’s entirely possible Joe Quesada’s staff played a part in making them awful, though in hindsight, it would be ill-advised to let Reiber off the hook for his role in the early destruction of Captain America. And the point is – if Quesada could tamper with scripts, so could DiDio and Bob Harras. Let’s not let them off the hook.

Still, this does echo the recent reports of DC ripping off writers with creator-owned projects who wanted to publish their wares under the recently closed Vertigo label. It’s clear that so long as DC is owned by TW – and Marvel by Disney – they’ll suffer horribly until the bitter end that’s bound to come sooner or later. And that’s why I consider it regrettable nobody tries to buy out the publishing arms.