One of the interesting things about the new argument about George Lucas not having any plans for Star Wars “either” is that it’s a silly argument since George’s plans have been published and we can look at them. 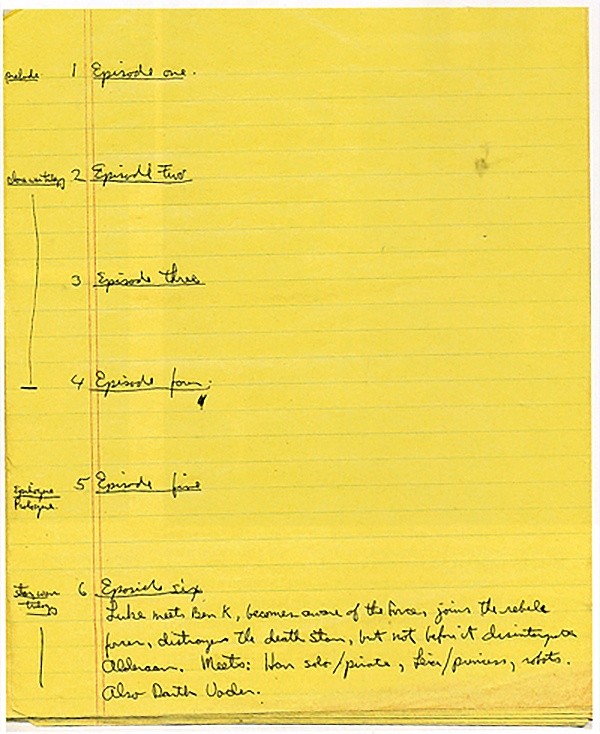 Many of the arguments you’ll read cite the early changes to the story in the Starkiller days, which have been published in The Star Wars. 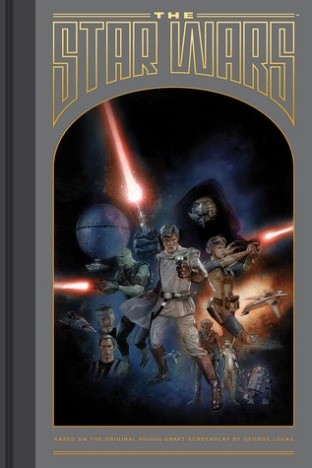 Those arguments will talk about Han Solo being an alien, or Luke Starkiller being a seasoned warrior instead of a naïve youth.  But these are the normal early stages of the writing process. 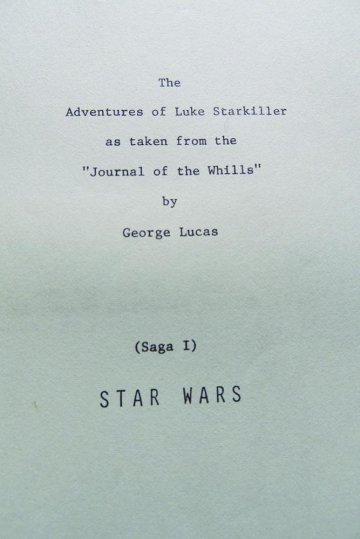 Yet, it isn’t very often that screenplays such as the one for The Last Jedi are shot with a first draft.

The Last Jedi was made from First Draft

Regardless, all of the basic elements were in those early versions.

George Lucas has often been noted saying that his original final screenplay was too big, so he chopped it up in three parts, and the first part became A New Hope.  He didn’t know if it would be a success, and would allow for the ambitious sequels.  So he made contingency plans for a low budget sequel, which became the Splinter of the Mind’s Eye novel. 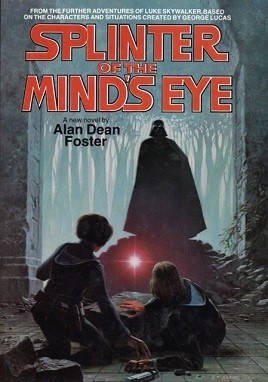 Many making this argument will cite the changes made in the Original Trilogy, such as Leia becoming Luke’s sister, or changing the Wookiees into Ewoks.  But those are small details that don’t really affect the main core of the story.  So that isn’t really comparable with The Disney Trilogy, which marketed the mystery of Rey’s lineage as a primary reason to become invested in the character.  Whereas Lucas made changes for deliberate story reasons, the changes to Rey’s lineage appears to have been made by rolling a D20 during the production of the 3rd act of Rise of Skywalker.  There were some changes made in the OT during production to be sure, but all of the basic bones were there from the beginning.

In the novelization for A New Hope published in 1976, we can read George’s plans for the Prequel Trilogy in the prologue. 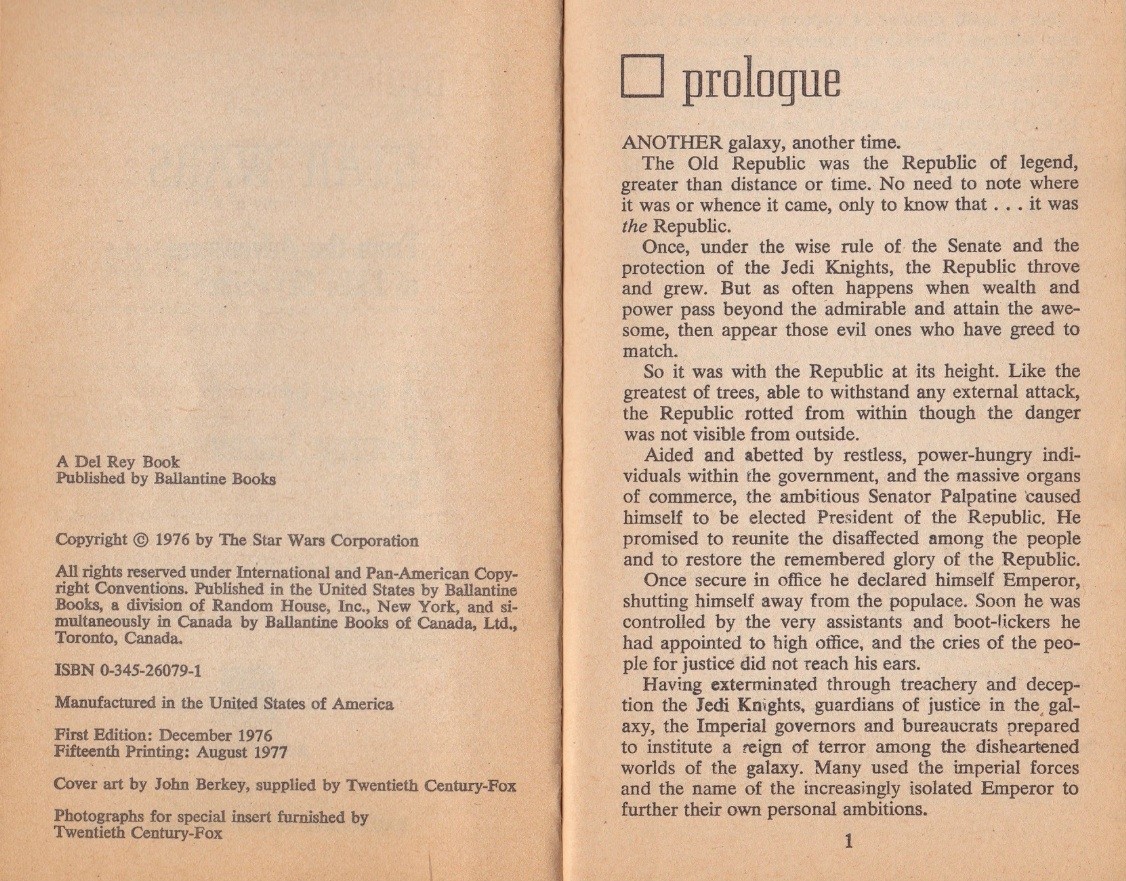 Later in 1981 during a story conference for Revenge of the Jedi, George Lucas discussed how Anakin and Palpatine would come together, indicating further plans for the Prequel Trilogy. 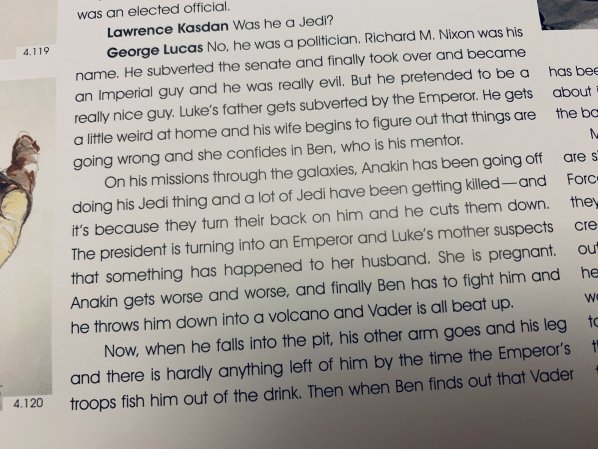 And then of course there were George’s plans for the Sequel Trilogy, which I’ve gathered information on for my documentary:

So the questions that everyone should be asking are, if George didn’t have any plans, then why would he feel “betrayed” when Disney didn’t use those plans?  Why would Bob Iger talk about Kathy, J.J., Alan, and himself not feeling that George’s plans were the way to go?  Why would J.J. Abrams claim that Disney didn’t want to go in the direction of George’s plans?  And why would Kathleen Kennedy insist to Slashfilm in 2015, that they didn’t make a “wholesale change” to George’s plans? 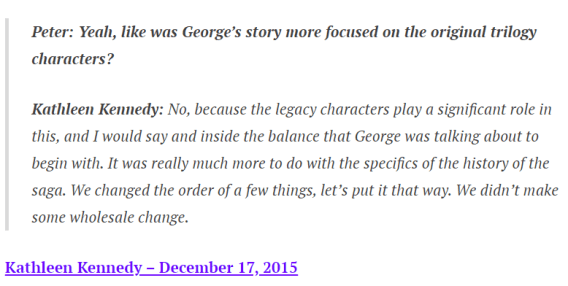 First Fans are old enough to remember reading George Lucas talk about his plans in Starlog Magazine and other periodicals 40 years ago.  It’s one of the primary reasons that the Sequel Trilogy was so anticipated; First Fans had been reading and hearing tidbits about George’s plans for a very long time.

So ultimately this entire argument that George Lucas never had any plans is pretty silly, when those plans can be posted in a simple blog post like this.