We’ve already looked at John Wick’s backup weapon, so today we will take a closer look at weapon of choice, the Heckler and Koch P30L.

One of the telling details about John Wick is his decision to use a full-sized combat pistol with muzzle compensator as his primary weapon.  Yes, we all know he’s a wizard of improvisation and handy with whatever firearm chances his way, but even a man with his man talents ultimately has some preferences, and Wick’s both have German accents.

To put it another way, given his options, the HK P30L was the primary weapon he decided to pour the concrete over as his final resort.

Wick could have gone with the basic P30, which is the compact version of the same model, but a man of his immense skill knows that the P30L will give him a little more control and the compensator will further reduce felt recoil to the point that he can rip through goons like a chainsaw through cheese. 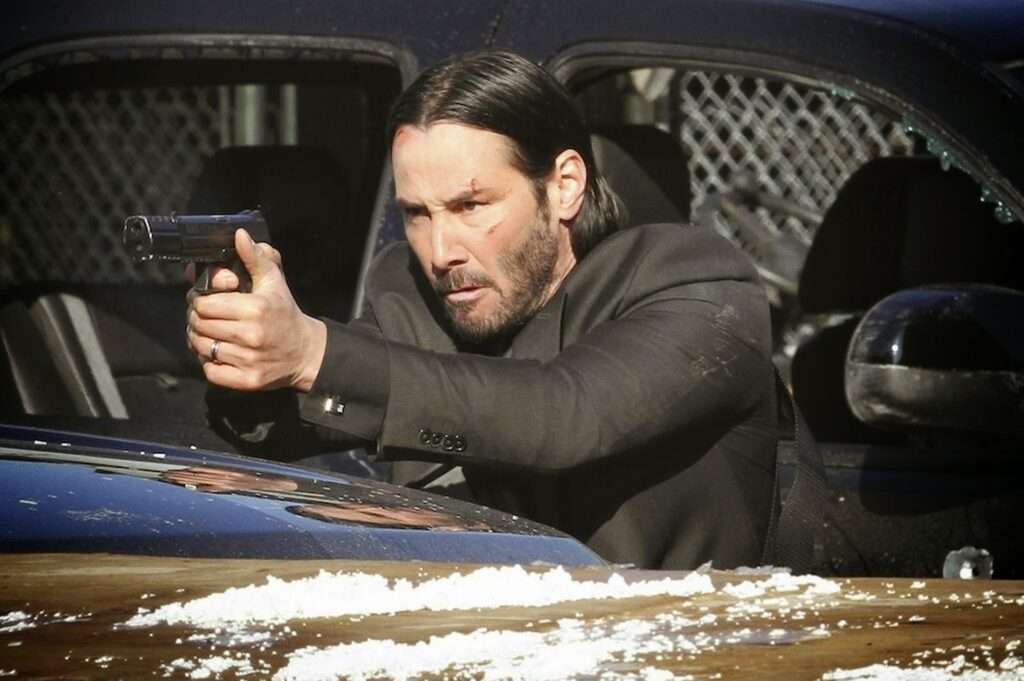 Hollywood can usually be trusted to get guns wrong (spectacularly so in Wanted) and one way they do that is by upselling the weapon by implying that it’s so good that even a total novice can shoot like an expert.  This is the sort of thing salesmen have been offering since the beginning of time and while tool quality makes a difference, user skill is still the most important part of the equation.

This is particularly the case with handguns.  You wouldn’t know it from the movies, where impossible feats of marksmanship are commonplace, but it’s ridiculously easy to miss.  Even the highest-quality weapon is useless in the hands of someone who doesn’t know how to load it or properly align the sights.  Conversely, it’s possible for an expert to use an average weapon to shoot the center out of a target.

That is why the most formidable combination is a master and a master-crafted tool.   What’s fun about the John Wick movies is that the production team has made it clear that Wick is a master who appreciates elite-quality weapons.  Just ask the Sommelier. 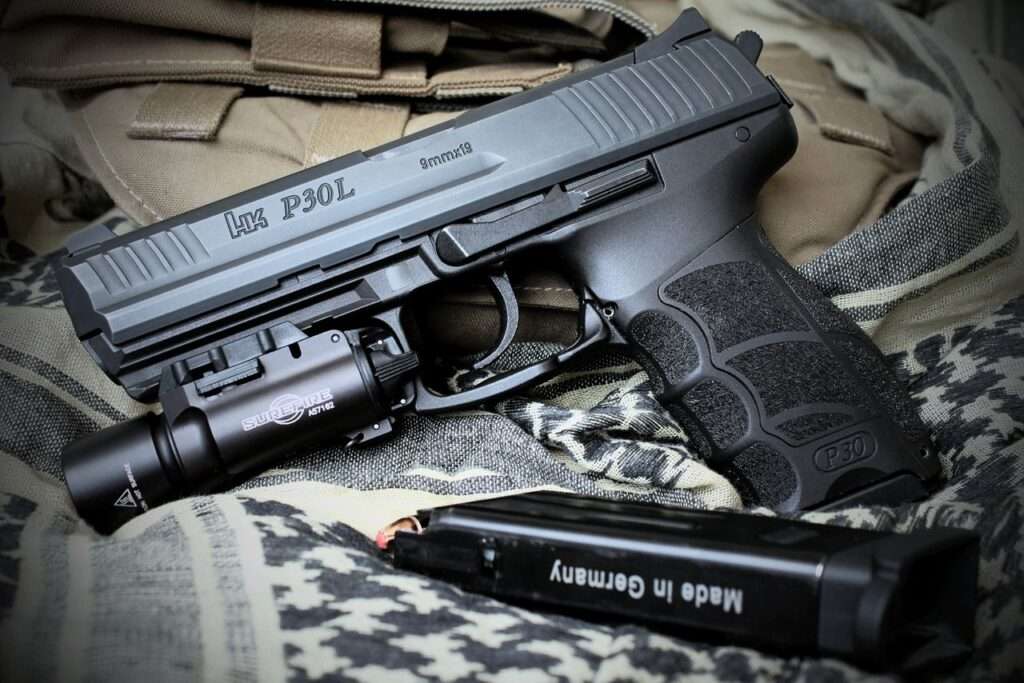 Getting back to the P30L, it is in some ways unremarkable.  It has the standard steel slide/polymer frame combination that’s been the norm for years.  The P30L is a classic “wonder nine” with 15 round magazines being the standard configuration.

What sets it apart is that it’s simply better.

Handguns by their nature are intensely personal.  Unlike stocked weapons, which benefit from a steadier hold and a longer sight radius, the fit of the pistol in the hand is essential.  Aesthetics aside, I disdain Glocks because they don’t suit my grip – they don’t feel right.  One can do well with them (and many people do) but I’ve encountered a lot of shooters that respect the reliability of the Glock but don’t care for the fit. 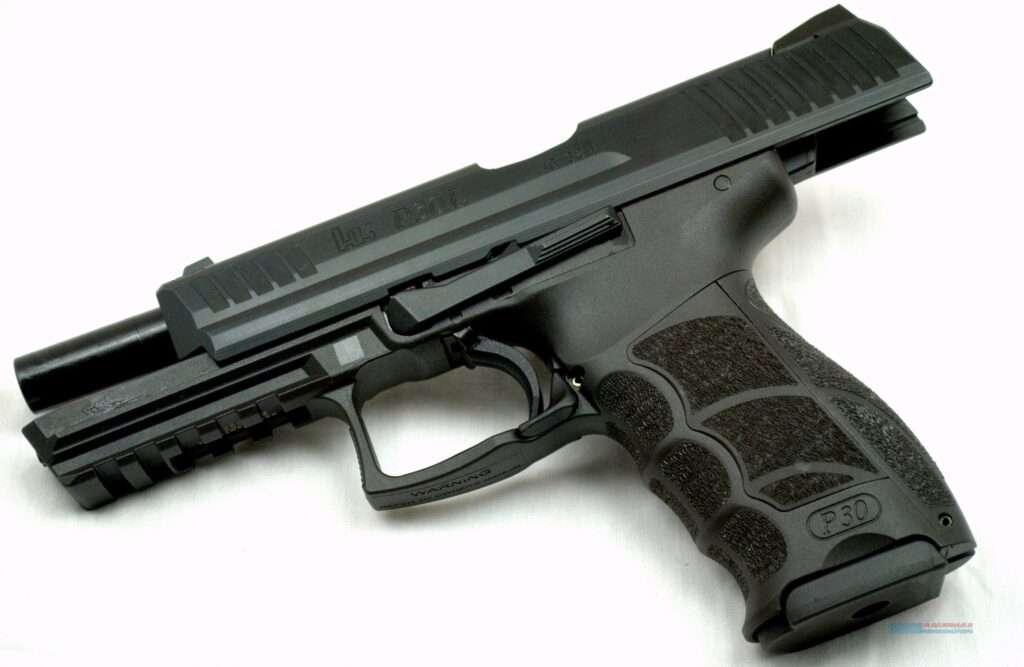 The P30L does not have that problem.  The engineers at Heckler and Koch have found something close to the Platonic ideal of grip angle and backstrap contour.  The trigger is sublime.

I am by no means an expert marksman, but when I got a chance to shoot the P30 (the full-sized being unavailable), I was amazed at its ease of handling.  As for accuracy, it was embarrassingly good.  In fact, it was so good it was boring – it as almost as if a team of HK experts were standing there guiding the bullets for you.  There are vanishingly few handguns this nice.

That quality comes with a hefty price tag and – in the present age – limited availability.  Glock may be Austrian for “Hi Point” but HK prefers to identify itself with Mercedes rather than Volkswagen.