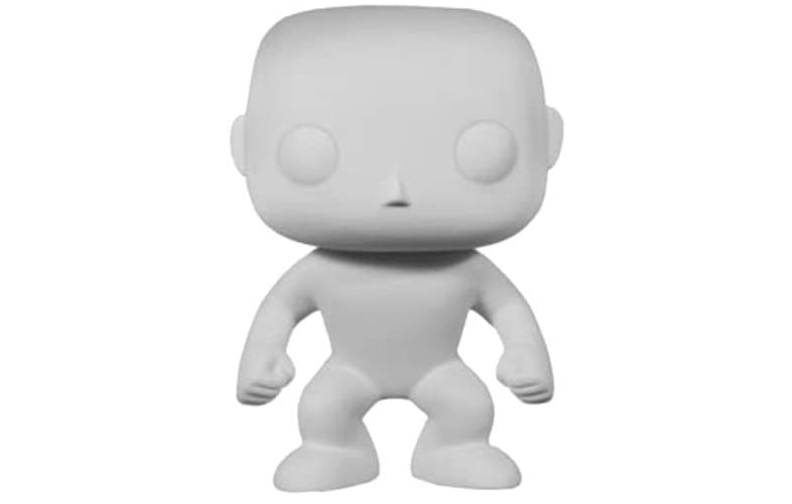 Every so often, a Twitter thread comes along that perfectly encapsulates the degeneracy of our age.

Such a thread drew notice in counterculture circles for blowing the lid off the Pop Cult icons known as FunkoPops. 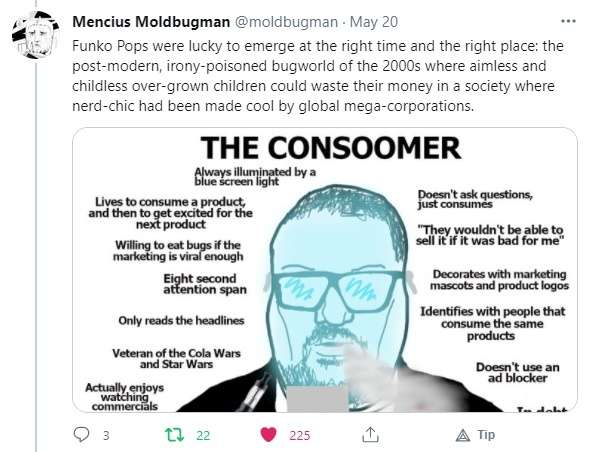 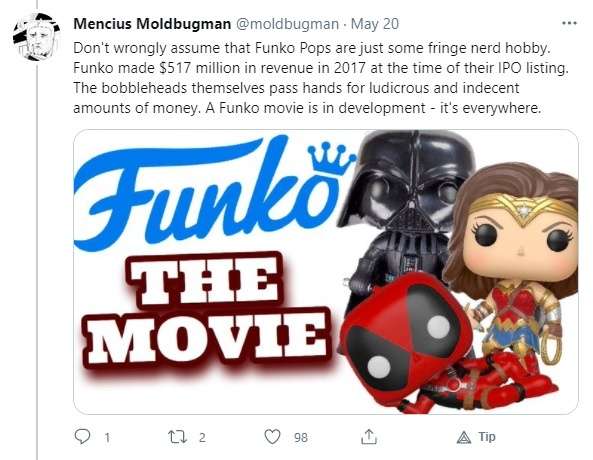 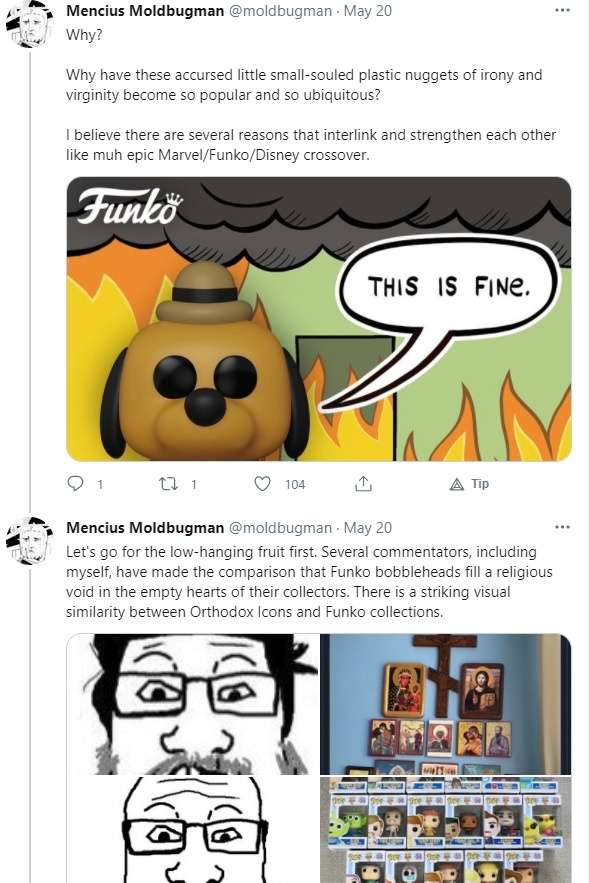 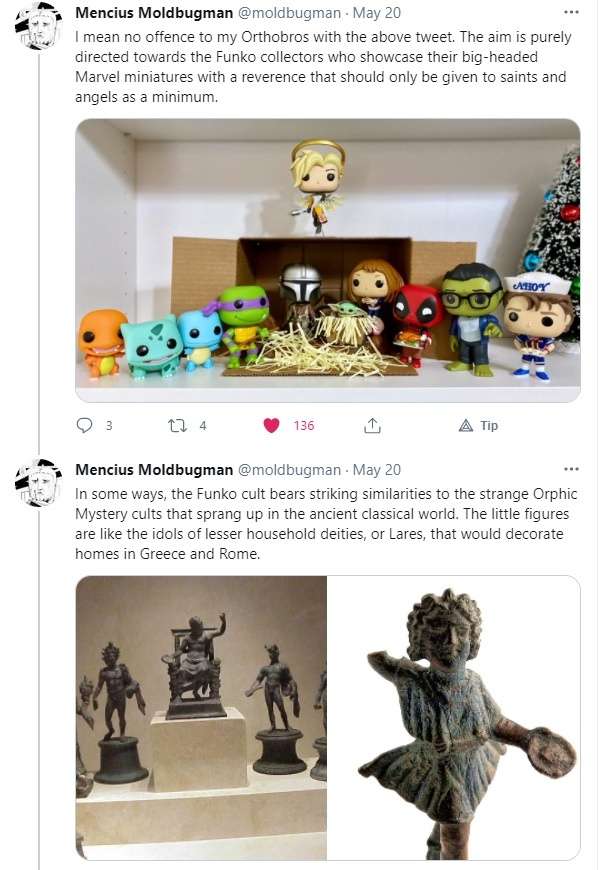 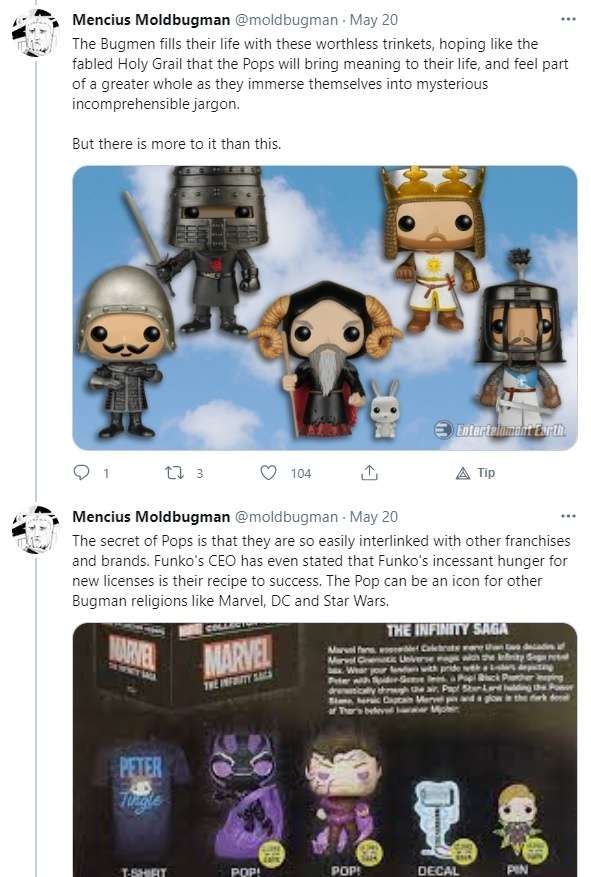 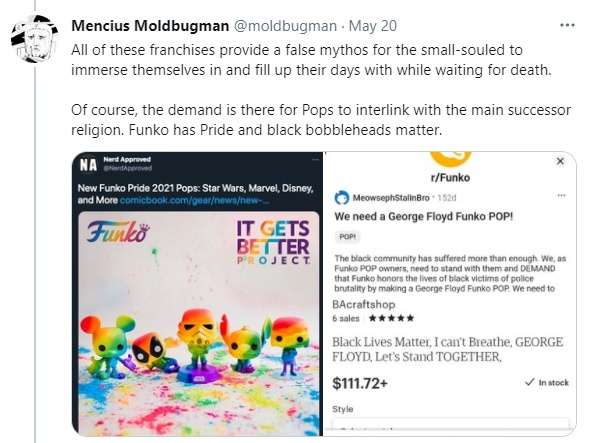 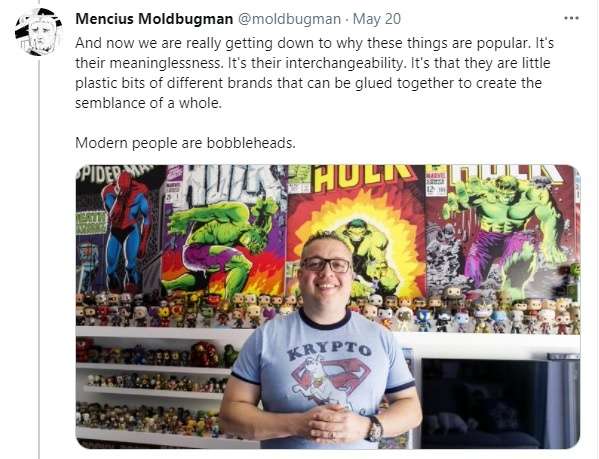 A reused Superman head here. A leftover Batman torso there. Glue them together and sell it as Jim Hopper from Stranger Things or something.

No different to the bugman who assembles his identity from a mishmash of LGBTQ, Marvel fandom, Shake Shack, Switch and Harry Potter books. pic.twitter.com/nynK2GUsuN

All their claims of material objectivity and evidence-based secular rationality notwithstanding, the bugmen have not in fact excised the religious impulse from their small souls. They have instead invested the piety once reserved for sacred objects in disposable lumps of branded plastic.

In this way, Pop Cultists fall below noble pagans who actually believed the gods could intervene on his behalf. He has even degraded himself more than primitive animists who believed every tree, stream, and rock held conversant spirits. The bugman acknowledges nothing transcendent. Instead of using ritual, totems, and icons to comport his life with his people’s self-defining myths, he uses fetish dolls to project himself into focus-grouped narratives woven by megacorps around Big Brand X. 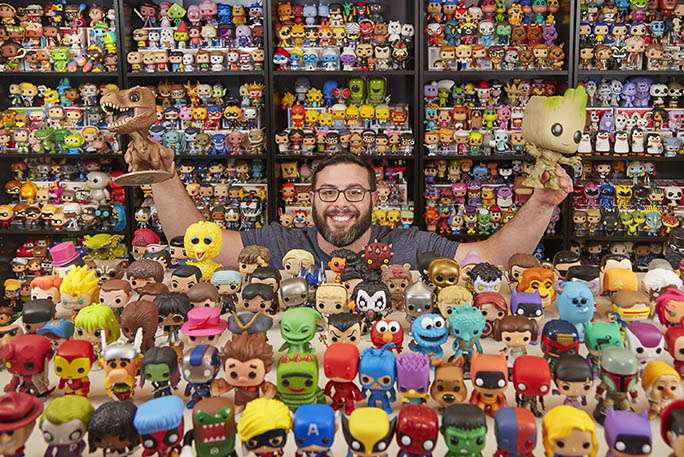 That is the final tragedy of the bugman. Like the addict who pushes away anyone who could help him conquer his addiction, he builds a cell out of meaningless corporate product to make sure his his starved soul never tastes the meaning it craves.

Reject Pop Cult icons. Feed your soul on truth. Don’t give money to people who hate you.