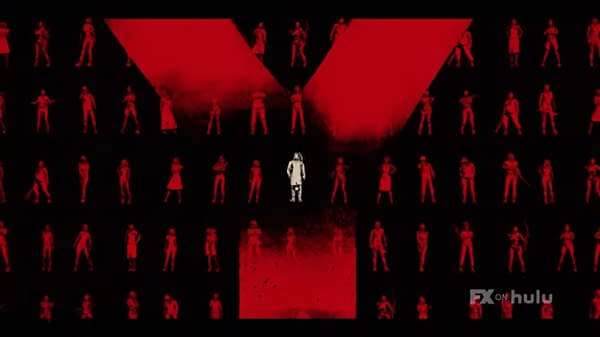 Warner Todd Huston spoke about a new live action adaptation of Brian Vaughan’s Y: The Last Man, which builds not just on LGBTQ ideology, but also on an insulting slang for biological men who don’t subscribe to transsexuality:

FX — the network behind the Emmy-winning series Handmaid’s Tale, which depicts a society where women are forced into a sex slavery caste system — has released a trailer for its latest drama airing on Hulu, Y: The Last Man, which, according to actress Amber Tamblyn, imagines “a world without cisgender men.”

The abortion activist and cast member on the series, celebrated the FX project, tweeting “Hold onto your husbands — We’re about to bring you into a world, unlike anything you’ve ever seen before. A world without cisgender men.”

Hold onto your husbands— We’re about to bring you into a world unlike anything you’ve ever seen before. A world without cisgender men.​
​
Welcome to a wild and dangerous new world run, ruined, rebuilt and rebirthed by women.​
​
39 days until #YTheLastMan premieres on #FXonHulu. pic.twitter.com/k28ET52u1x

I don’t think the original graphic novel built on this, if that’s what they’re signaling (though it certainly did build on anti-Republican propaganda), but it’s hardly a shock the production staff who coughed this one out would decide the original premise didn’t go far enough, so they made current PC alterations. Either way, look what else is supremely silly about the production crew:

But already some leftists are raising alarms that transgender people are not included in the subject matter. For one, Jezebel blogger Harron Walker wants to know if the series intends to kill off men who claim to be transgender women, too.

“We are making a show that affirms trans women are women, trans men are men, and non-binary people are non-binary. The show is asking questions about what is gender, what is identity.”
– Eliza Clark (EP, Showrunner, Writer) #YTheLastMan #FXonHulu

I wonder if this kind of fuss would be made if the series intended to kill of women who claim to be transgender men? Maybe not. What this does demonstrate is how PC advocates ultimately dictate from the outside what filmmakers can or cannot do, another reason why modern filmmaking is collapsing. For now, this is another example of how Hollywood’s not only come to rely far too much on comics as a wellspring, they’ve come to rely on far too many books to boot. When there’s not enough original material around, that’s another sign of artistic bankruptcy.