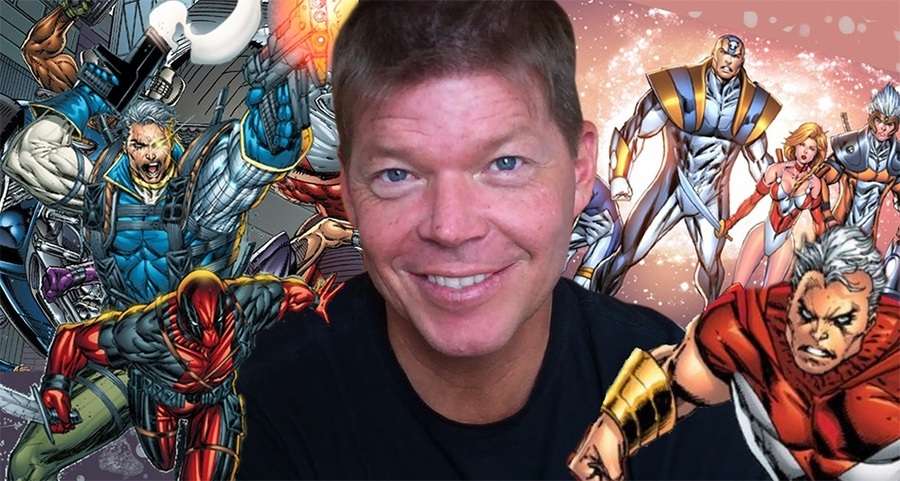 Wouldn’t you know it, Forbes’ Rob Salkowitz is taking a very unobjective look at the career of Rob Liefeld, who spoke with him about 1990s nostalgia, and an X-Force special he’s working on for the 30th anniversary to the time Marvel originally launched the series that spun out of its predecessor, New Mutants:

Love him or hate him, Rob Liefeld has been one of the most bankable names in comics for the past three decades. His testosterone-powered, in-your-face art style defined the look of the top selling superhero comics of the 1990s; his swaggering, in-your-face persona and meteoric rise made him a polarizing figure to fans and fellow professionals. When he and other superstar artists including Todd McFarlane and Jim Lee left Marvel to form Image Comics in 1992, it upended the comics industry forever. Since then, his ballyhooed arrivals and stormy departures on various titles have all made news, even if the days of multi-million sales of comic book single issues are long in the rearview mirror.

Wow, how much, truly, did his “contributions” make in dollars? I’d read what author Sean Howe told a decade ago, that copies of the premiere issue for sans-adjective X-Men from 30 years before gathered dust in crates upon crates, no matter the quality of the story or art, and today we have a repeat broadcast where many faux-journalists simply aren’t willing to dwell on whether these books are actually selling out at the stores, for whom the returnable option often isn’t available? 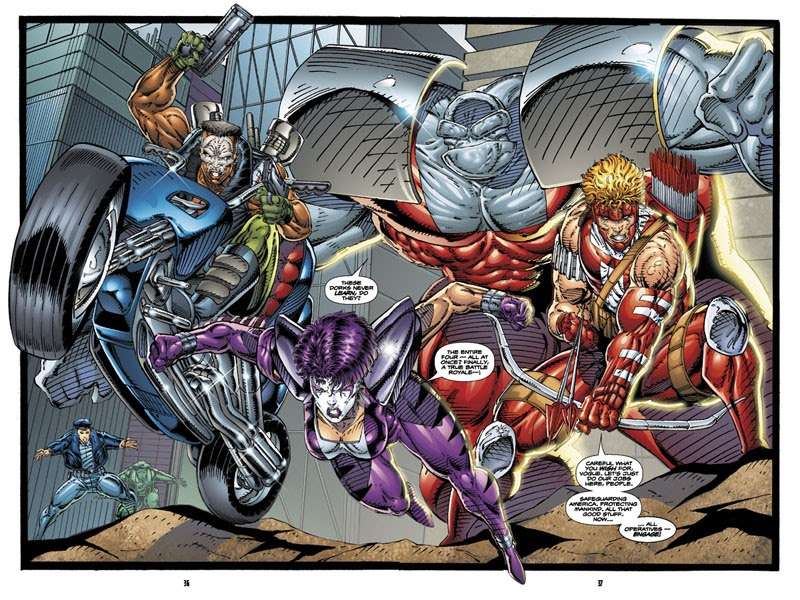 And did the formation of Image really “upend” the industry eternally? I’m not even sure what that means. What’s disappointing is how Salkowitz won’t dwell on the merit of Liefeld’s art, which ranges from mediocre to plain dreadful. Not to mention most stories he scripted himself weren’t much better.

Last week, Marvel announced Liefeld would be returning to X-Force, the book that made his early reputation, for a 30th anniversary celebration issue, X-Force: Killshot, due out in November. This is a big deal for fans of a certain age: the 90s kids who had their worlds rocked by the bold style of Liefeld and his cohorts, and who are now in their 30s and 40s, with steady incomes and a desire to recapture the passions of their youth.

Just don’t call it a comeback. “Here’s the thing,” said Liefeld. “I never leave but I’m always returning. Those characters are a part of me.”

Be that as it may, it doesn’t make his art special. Though I do find it troubling how there’s a certain segment out there who fail to judge based on merit, and they’re the reason why we’ve arrived at such a dire strait in today’s industry. That’s apparently the reason why they’re willing to rehire him again for special assignments, because they believe it’s actually worth banking on, not unlike some of the more recent social justice-themed tales with far-left politics. It’s certainly not a “comeback” he’s made, though. Because the real problem here is bizarre nepotism.

Back in 1989, Liefeld, a rising young artist who had proven himself on a remake of DC Comics D-listers Hawk and Dove, took over a slow-selling title in the X-Men family, New Mutants, and wasted no time introducing a slew of new characters including Cable and the wiseguy assassin Deadpool, who quickly became fan favorites, and, in Deadpool’s case, much much more.

For Liefeld, that was a life and career-changing moment. “I was an X-Men fan my entire life,” said Liefeld, now 53. “Marvel brought me in to refresh New Mutants, which wasn’t selling well. They asked me if I want to introduce a new leader, and so I submitted this Cable character. And then, a whole bunch of new villains, called the Mutant Liberation Front, and this mysterious character named Stryfe. Sales turned around. We sold a million copies of the last issue without any gimmicks – no variant covers, no scratch-and-sniff, no polybags, just the story and art. That’s my proudest achievement, when people ask me.”

But how many were actually cleaned out in the stores by customers, and didn’t sit around gathering dust, to the point they’d have to put them in bargain bins? Well it doesn’t improve with the following:

Marvel decided to capitalize on the success by relaunching the series under a new title, X-Force. The debut issue sold 5 million copies – a record that was only surpassed later that year by X-Men #1 (7 million copies.) To put that in perspective, today, periodical comics top the sales charts with sales of 100,000 or less, and the sales of BRZRKR, the Keanu Reeves comic from Boom! Studios that has sold more than half a million, are considered titanic.

But as mentioned above, Howe once revealed in Marvel: The Untold Story that much of the supply for X-Men remained in the stores without selling as much as was ordered by the managers, so how do we know X-Force didn’t experience a similar case? One could also wonder what the point was of cancelling New Mutants in order to replace it with X-Force to boot. And isn’t it disappointing if modern sales sell as terribly as less than 100,000 copies at any level of business? And of course, no questions asked whether anybody took issue with the poor quality of Liefeld’s art, which even today remains pretty uninspired. 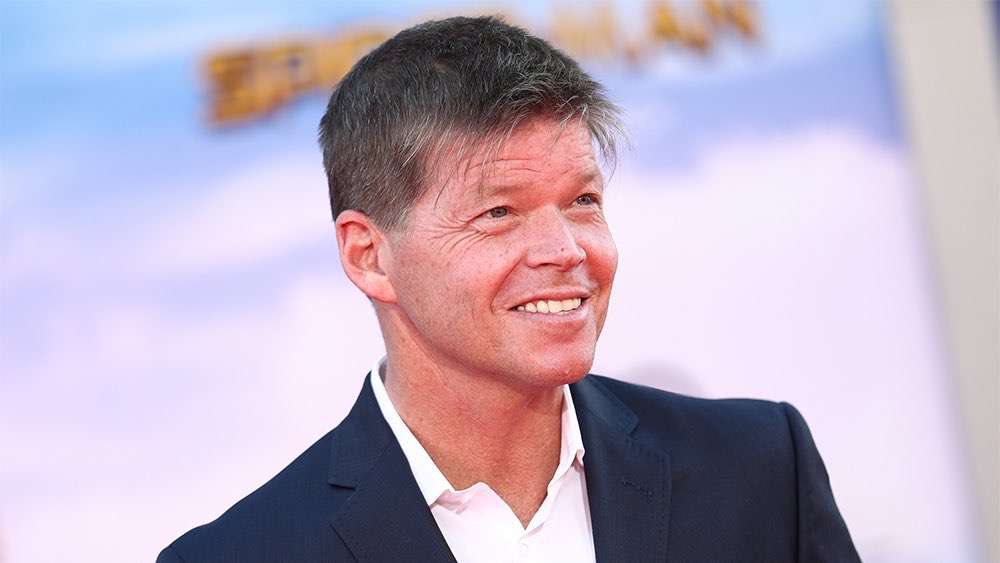 After discussing his return to Marvel for this project, he says:

“It is ridiculously spectacularly awesome because I feel like it may be my last shot to do something really memorable and impactful with the characters,” he said. “I’m not a young guy anymore. I mean, I lost my glasses last night at the Black Widow premiere and I had to call in the prescription today so I could see while I was drawing, and it’s a reminder that, hey man, you may you not be able to draw soon. I’ve told [Marvel editor-in-chief] C.B. Cebulski that I’m approaching this like I may never draw these characters again.”

With the way the whole business is declining, that might just make sense. How much longer can the publisher go before their sales really are way down the toilet and they have to fold? That could be one of the reasons he took this assignment.

Liefeld says that while some creators harbor lofty ambitions, he prefers to stick to stories that maximize the visual impact. “I did the best-selling GI Joe book in 20 years [GI Joe: Snake Eyes, from IDW Publishing] that’s because people like the candy that I sell, ok, and I am definitely selling candy. I am not going to give you Maus. I’m not going to give you a romance comic. That’s not my intention.”

And how much were sales figures on that item? They remain pretty evasive here too. I’m not buying his GI Joe special, that’s for sure. But how funny they speak of Liefeld as though he were selling sky higher than every other artist on the block, including the far superior Netho Diaz, who’s also illustrated GI Joe material. That’s boasting in a bad way, and honestly doesn’t look good for the industry image.

This may be a business magazine that ran the interview, but it makes little difference; merit has to factor into these products, and in my mind Liefeld didn’t offer much at all. I’ve got a bad feeling the choice to interview him, of all artists, when there’s plenty more out there both old and new who could surely offer a better view of how to best market comicdom, was entirely deliberate, and that’s the problem. Clearly, these mainstream propagandists do want to tarnish the image of the industry by relying on the most dreadful contributors to supply a viewpoint, historical or modern.