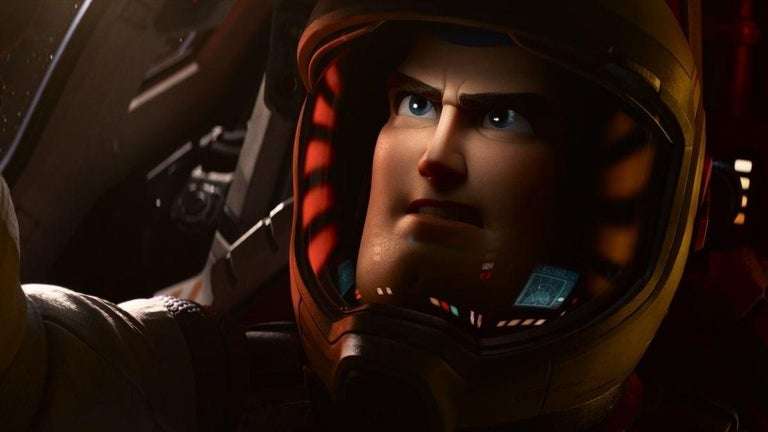 On a busy weekend at the box office, Pixar’s Lightyear dropped to fifth place, earning only $17.7 million, suffering a 65% drop in its second weekend in theaters.

The Federalist reports that the latest installment in the Toy Story cartoon series, Lightyear, has fumbled at the box office because the wokeness now becoming prevalent at Disney corporation affected the receipts at movie theaters:

“Lightyear” didn’t come close to breaking infinity and beyond at the box office during its opening weekend after the radicalized Disney lost its magic with average families.

The latest installation in the “Toy Story” franchise earned only about $51 million in North America on its opening weekend, failing to dethrone “Jurassic World: Dominion,” which sits at No. 1 for the second week in a row. And that’s pretty low for a movie that surely cost a lot based on the animation technology it employed. Somewhere in the range of $200 million, and likely more when you consider the marketing/promotion going into investment along with it.

Hollywood newsletter The Ankler scrambled to explain the faceplant on Monday, pointing to every possible explanation except Disney’s recent doubling down on pushing its sexual agenda on children. They attribute its failure to its lack of appeal to girls, an unrelated tie to the original Toy Story movies, and the harm that putting Pixar films on Disney Plus has had.

Chris Evans, who voices the titular character and replaced the right-of-center actor Tim Allen who originated the role of Buzz Lightyear, has called critics of the movie’s use of an animated same-sex kiss to further Disney’s LGBT agenda “idiots” who will eventually “die off like dinosaurs.”

It never dawned on The Ankler, Evans, or Disney defendants that the reason the entertainment giant is losing stake in American households is that many parents do not support the over-sexualization and indoctrination of their children.

In a poll conducted by The Trafalgar Group in April 2022, 68 percent of respondents were turned off by the entertainment company’s increased focus on creating content that exposes children to sexual ideas.

After learning what Evans did, it makes me glad I never spent money at the theaters to see his performances as Captain America in the Marvel movies in the past several years. At this point, it’ll be difficult to overlook the moral damage Evans’ contributed to with his statements. But, this does give an idea why Evans replaced comedian Allen as the voice of Buzz Lightyear: right-wingers today are taboo in Hollywood, and voice performance is no exception.

This cartoon is reason enough to end the whole Toy Story franchise before more woke damage can be done to it, but alas, if Disney’s modern politics are any suggestion, they may continue this worthless charade for a lot longer before they really lose money on it.