Final Trailer for Star Wars Episode IX: The Rise of Skywalker is Here! 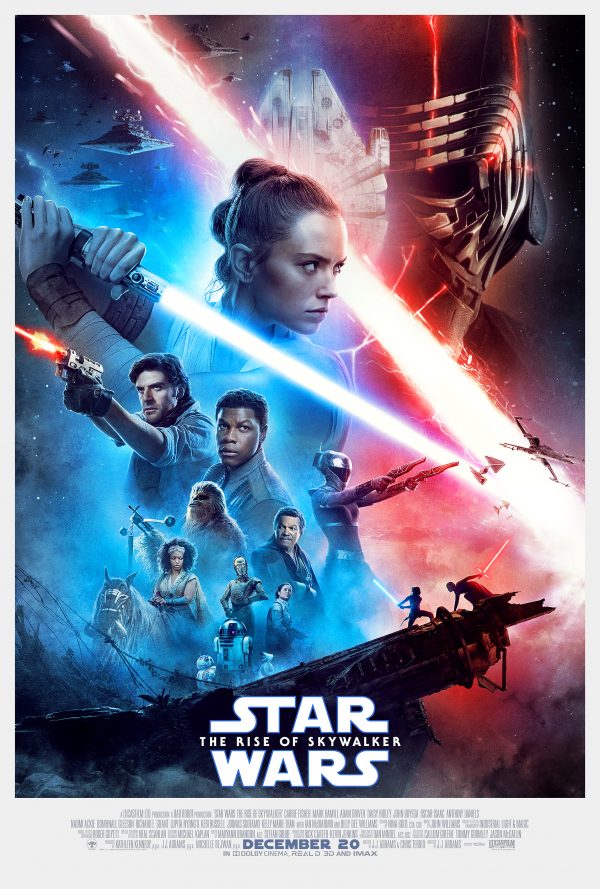 The 42 year journey comes to an end December 20, 2019 when Star Wars: The Rise of Skywalker is released in theaters. The saga that began in 1977 with A New Hope will come to its epic conclusion.

Disney and Lucasfilm released the final trailer for the film during Monday Night Football on ESPN and released tickets just after the trailer aired.

Tickets are now available at all major outlets including Fandango, MovieTickets.com, and Atom Tickets.

Lucasfilm and director J.J. Abrams join forces once again to take viewers on an epic journey to a galaxy far, far away with Star Wars: The Rise of Skywalker, the riveting conclusion of the seminal Skywalker saga, where new legends will be born and the final battle for freedom is yet to come.

Reviews: Even Ignoring All the Wokeness, Disney's 'Willow' Sucks
Just Like Star Wars, Kathleen Kennedy Will Destroy Indiana Jones
Report: Hundreds of Thousands Have Lost Faith in Disney's Star Wars
Was Disney Caught in the FTX Crypto Scandal & Can Apple Save Them?
Why 'Strange World' is Disney's Biggest Bomb in Years
Top Gun: Maverick Makes Current Movies Look Like the Trash They Are
Woke Disney Expected to Dominate Thanksgiving Box Office Weekend