I took a look at what Zub is saying about the Covid19 vaccination situation in Canada, which sadly isn’t being handled well, and he said, for example:

_4 months_ between vaccine shots in parts of Canada.

Nowhere else is doing that as far as I know.

It’s certainly not something that’s been tested or recommended, it’s just what they’ve decided to do because of vaccine shortages. https://t.co/6AnT9bWoPv

Decades ago a previous Conservative government got rid of Canada’s domestic vaccine production in favor of privatization and it all vanished.

Now, Canada got commitments from other countries for Covid vaccines but they’ve massively shorted shipments and we have no recourse. https://t.co/jPYFT4vUGI

Couple that with the Ontario provincial government acting like this vaccine rollout is some kind of surprise they couldn’t plan for while they punt responsibility to each region and you have all the ingredients for a complete clusterfuck.

I mean, honestly, what kind of leverage does Canada have when a vaccine producing country fucks us over?

No maple syrup for you!

Once the America First stuff is done and all you’re left with is anti-vaxxers hopefully the ol’ U.S. Capitalism Overdrive Instinct kicks in and you’ll sell shots to the rest of the world.

Now I think it’s regrettable the Canadian government, provincial and national alike, are doing such a terrible job, making things worse by ways of the lockdowns, and even shutting up medics with differing views, but scapegoating capitalism and making it sound like he’s blaming the US for all their ills in the great white north does nothing to improve a terrible situation. Is he saying the Canadian government was literally the sole specialist in making medicine, vaccines et cetera, and Canada never had any private institutions for the same? Very peculiar.

For now, he’d do well to state clearly whether he believes premier Justin Trudeau has to shoulder accountability for the dreadful situation in the country. And consider that sometimes, government-made products can be quite dreadful. The Russian-made Lada cars certainly weren’t much to write home about in past decades, and China’s vaccines, bound to be government-made too, are not considered great either. I know this isn’t the same thing, but still, I’d be wary of medical equipment that’s altogether government-made.

(Update: it would seem Zub erased the 2 most eyebrow-raising tweets. Wow. He must’ve realized they were controversial enough as it is. Still, I think he could’ve easily avoided such bizarre rants if he’d wanted to.)

I also noticed Zub resurfacing some tweets he’d written earlier about Dungeons and Dragons, and other such RPG products, which he’s been contributing to with creative input for guidebooks as well as the comics:

When I in high school I would tell my gaming group how incredibly valuable roleplaying games were for building confidence and friendships while igniting creativity and a love of reading.

My friends agreed but also laughed at how intensely I spoke about it.

RPGs were a niche hobby.
The general public was never going to come around to this stuff.

But, what if they did?
How would I explain the hobby and get people excited about the possibilities?

These books, in one form or another, have been percolating in my mind for a long time.

The idealistic enthusiasm around RPGs that looked a bit naive and silly more than 20 years ago is now central to my creative career.

D&D is bigger than ever.

While I think the genre of RPGs and the D&D franchise is a great venture, and think it’s impressive if he’s enthusiastic about it, I have to wonder what he thinks of the recent lurch to political correctness by Wizards of the Coast, who’ve been absurdly altering the Orcs – and possibly the Drows – in a supposed attempt to fight racism, even though these are entirely fictional races and species. Surely the biggest problem is the awkward position it’s going to put the company in:

The idea that orcs serve evil in the game is not racist, and never has been. But now Wizards of the Coast is going to answer questions about why it tolerated racist ideas, and fans will see the game design changed to answer a non-existent problem.

Unfortunately, that’s pretty much the problem for practically several years now. And I can’t help wondering if dear Mr. Zub by any chance adheres to such political correctness in the guidebooks he’s been working on. So far, it doesn’t look like that’s the case (though I noticed he worked with Andrew Wheeler, who once had been a writer for the now defunct far-left Comics Alliance). But if it did turn out to be that way, then I can’t see why he’d ever associate with the franchise in the first place, if he really believed it was that insanely poor in its approach to morale.

If anything, what the current publisher WOTC is doing now is smacking original publisher TSR’s co-founder Gary Gygax in the face, after all the hard work he did to prove the game wasn’t an influencer of evil, and now, the succeeding company makes a joke out of themselves by failing to do as he did and defend the game, and make clear it was never what modern PC lunatics are making it out to be. Bounding Into Comics wrote a topic about obnoxious woke activists who’ve been trying to devastate the whole franchise, and at least one of Zub’s comic adaptations is cited in a coverscan. Which should serve as a reminder that, if he really values his work, along with the whole D&D franchise, he’d do well to make sure he gives his full backing to it, and doesn’t kowtow to political identitarians.

One more little item I noticed that I may as well comment on is this post he wrote about artist Netho Diaz:

I’m still amazed Netho has not been snapped up by Marvel or DC.

I keep telling editors he’s the real deal. Some day they’ll see and wonder why they waited so long. https://t.co/YsSkjMBFlk

Indeed, they could, right? But I get the feeling the reason they’re not hiring the guy is because his style doesn’t meet their PC standards of the now, which is very poor. Based on how bad their editors are, that’s why if I were in Diaz’s shoes, I wouldn’t worry about not getting jobs at the Big Two, if it turned out they’d sabotage his work for PC’s sake, and until they’re bought out by more reliable owners, that’s one more reason why it’s better not to crave a job with DC/Marvel.

Editor’s Note: If you’re looking for further reading about skeptical responses to the current vaccine push, click below: 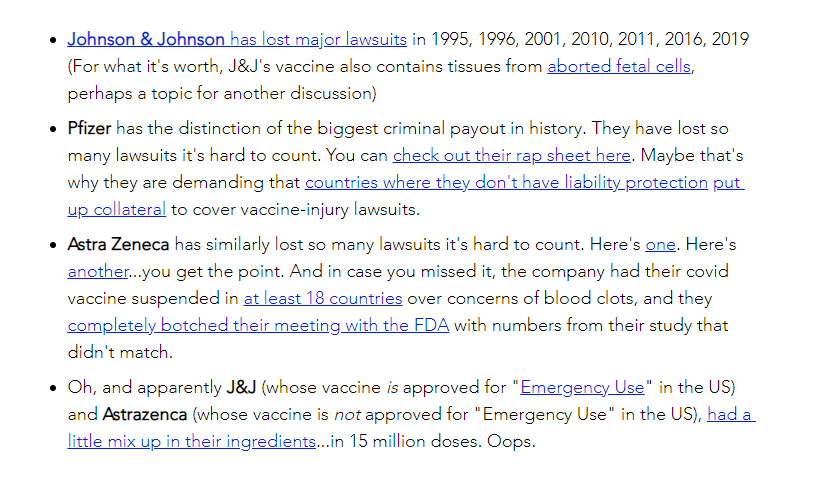