The Fabulous Furry Freak Brothers are the most iconic and enduring underground comix characters ever created, having sold over 45 million comics in 16 languages. Fantagraphics has just announced that it is collecting all their drug-addled adventures in a new series of four volumes under the series title The Fabulous Furry Freak Brothers Follies with the first volume being The Idiots Abroad and Other Follies. The Freak Brothers will also find a new audience in their upcoming animated series starring the voices of Woody Harrelson, Pete Davidson, John Goodman, and Tiffany Haddish.

We premiered one mini-episode last year. 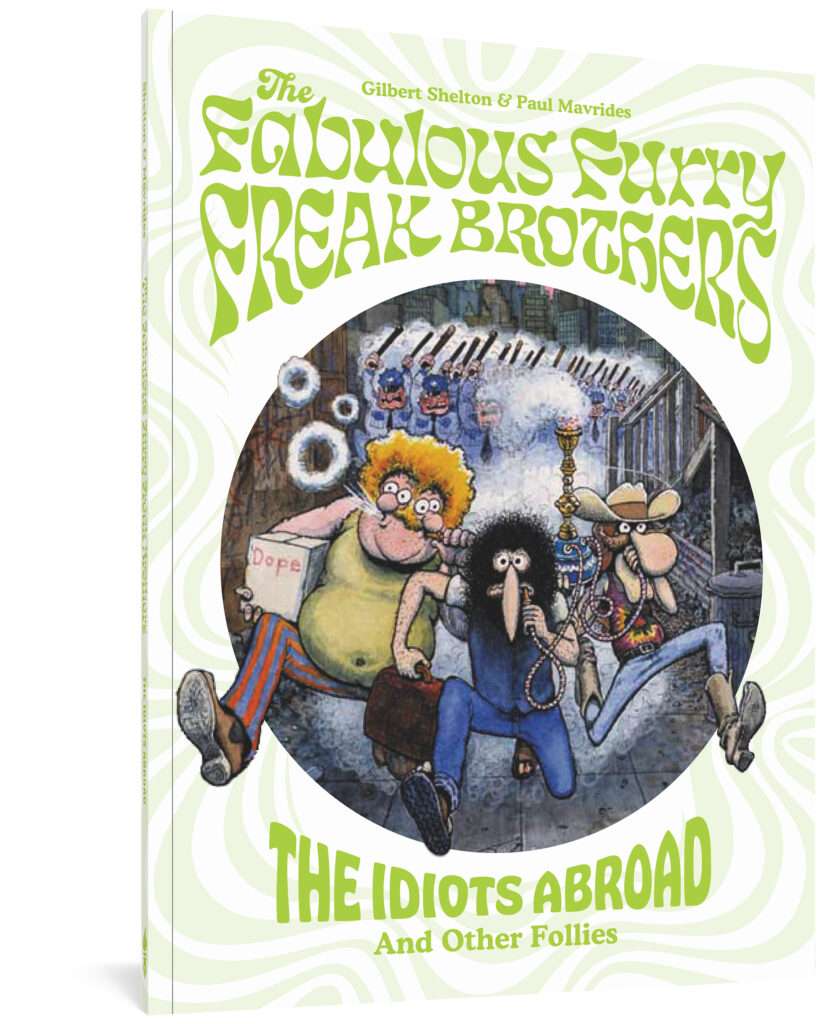 Created in 1968 by Gilbert Shelton, widely recognized as one of the funniest cartoonists who ever lived, the Freak Brothers’ rollicking and hilariously self-destructive escapades are comedic masterpieces of farce and satire. Our first volume leads off with “The Idiots Abroad,” a relentless novel-length tour de force of slapstick, screwball humor, showing off Shelton’s gift for weaving together an intricate plot with droll dialogue and pitch-perfect visual timing.

The Brothers — Freewheelin’ Franklin, Phineas, and Fat Freddy — embark on a trip to Colombia to score some cheap dope (their guiding principle) but, as always, things go awry, and they are separated and scattered around the world — to Scotland, Moscow, Africa, South America, and the Middle East — where they encounter nuclear terrorists, slavers, pirates, and religious fanatics, yet somehow never seem to make it to Bogotá. The Comics Journal named “The Idiots Abroad” as one of the “100 Greatest Comics of the Century” and The Guardian, citing its “graphic quality,” called it “astonishing” and said it “recall[s] Hergé in … accuracy and detail.” Rounding out our first volume is another 70 pages of Freak Brothers short stories.

The Freak Brothers, an animated series set in modern San Francisco starring the voices of Woody Harrelson, Pete Davidson, John Goodman, and Tiffany Haddish, is scheduled for release in 2021.

The Fabulous Furry Freak Brother will hit stores in January 2022.