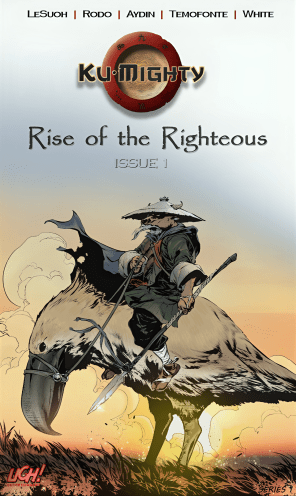 The Batavian (NY) published a press release about a comic called Ku-Mighty, that an author named Scott Wakefield is co-working on, along with at least one veteran writer of the 1990s. But, there’s a problem:

The Ku-Mighty is a deeply-developed story world co-created by acclaimed Starlight Runner Entertainment that taps into our Earth’s mythology, legends, and secret societies, and turns them all upside down. Several species and god-like entities populate a planet much like Earth and share a common lineage to be revealed as the story unfolds.

[…] “The Ku-Mighty world is sprawling,” says Scott, “with deeply developed characters, and huge stakes on the line, which will give readers an immersive, thrilling story. Without spoiling too much, my writing will focus on a seafaring storyline – which I’m in love with – and will also include developing portions of the book from the antagonists’ point of view. I’m excited to see how it all grows and winds back together.” 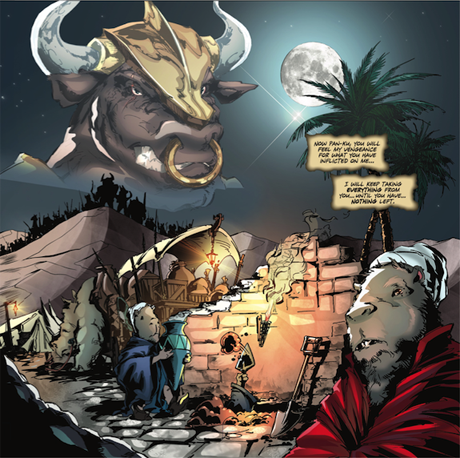 […] Scott Wakefield joins story creators Scott and Todd Housel, both United States Navy veterans, who collaborated with storytellers Fabian Nicieza, Jeff Gomez, Richard Garfield, and many others to bring this story to life.

The part that bugs me is when Wakefield says they’re going to tell the tale from the villains’ viewpoint. After all, there’s been too much of that in the mainstream superhero fare these days, and to do it even here takes a risk of validating the criminals’ views as a result.

It’s interesting though, that Nicieza’s participating in an indie venture like this. It seems like a lot more veterans of the mainstream are doing that nowadays, since said mainstream isn’t proving to be artistically profitable anymore.

Check out the comic at ku-mighty.com.