In this fluff-coated Captain Comics column in the Indiana Gazette, Andrew Smith continues to fawn over some TV adaptations of notable comics and other pop culture items that’ve already been revealed as pretentious:

“Lucifer” Season 6 (Netflix, Sept. 10): This series took the bare bones of the titular character from Neil Gaiman’s “Sandman” and turned him into a police detective. Because that’s what TV does. But it’s been a fun ride anyway, especially thanks to the deliciously smarmy and self-involved performance of Tom Ellis.

“Y: The Last Man” Season 1 (Hulu, Sept. 13): I had some problems with the original Vertigo comic book series, among them that the lead character seemed more of a writer’s construct than a plausible everyman. That still stands. But my fellow fans loved this series, which should have been subtitled “Women Behaving Just as Badly as Men.” Because they do. But you should watch anyway, if for no other reason than the marvelous performance of Diane Lane.

Must we also watch the Y-title for the sake of the “woke” ideologies it’s going by? And if Lucifer contains any of the same, are we expected to embrace that equally unquestioned? I always find it funny how these propagandists say they had problems with the original, yet somehow the adaptation is actually better?

“He-Man and the Masters of the Universe” Season 1 (Netflix, Sept. 16): I put this animated show in here just to see if you’re paying attention. Or if you have kids. 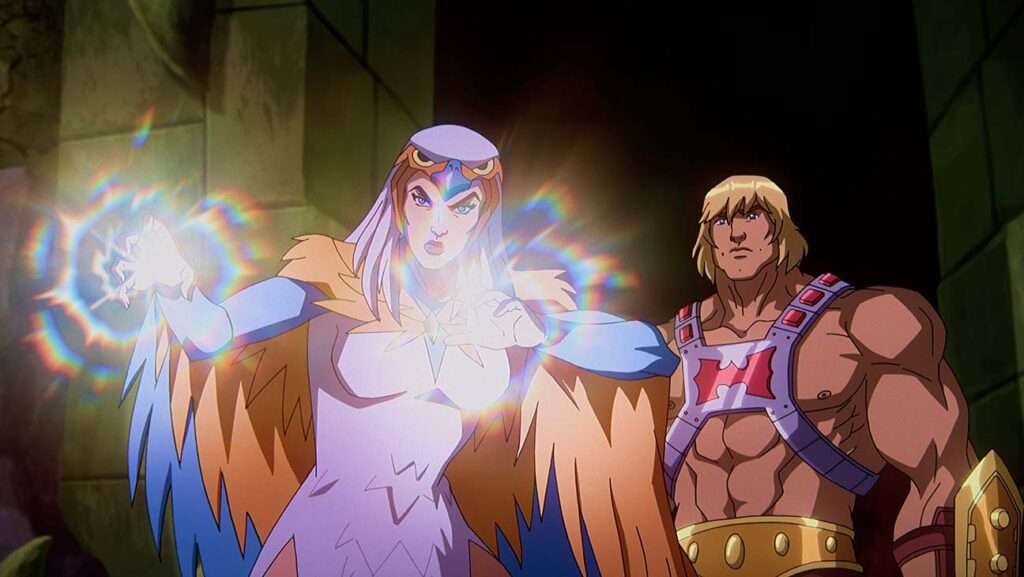 There’s all sorts of reasons why it’d be better not to pay any attention, and why it may not be good for kids either. Naturally, you couldn’t expect Smith to acknowledge that. I will say though, that it’s downright bizarre when the new He-Man cartoon at least boasts better animation than the new She-Ra cartoon. But that’s not enough to compensate for the dreadful setup.

“Spidey and his Amazing Friends” Season 1 (Disney Junior/Disney+, Sept. 22): You may remember the original “Spider-Man and His Amazing Friends” from 1981, which co-starred mutants Firestar and Iceman with the Web-Slinger. This new take co-stars spider-people from parallel worlds, Ghost Spider (Gwen Stacy) and, uh, other Spider-Man (Miles Morales). And for some reason, they’re all chibis. Or maybe Funko Pops. Or maybe misshapen children, you decide.

It sounds like this won’t be all that different from a recent take on Thundercats, which had pretty dreadful animation without being creative. I wouldn’t trust these western animators to do a good job with the way things are going today. Japan’s cartoonists do a far better job with chibi expressions than they do.

“Doom Patrol” Season 3 (HBO Max, Sept. 23): If you thought the first two seasons were off the wall, wait’ll you sample season 3. My partner asked, “Are the comics this weird?” Yep. It’s not all capes and cowls, folks. Sometimes it’s sex ghosts and sentient ambulances.

Yet that doesn’t mean it won’t fall victim to social justice ideology, so even if I weren’t already boycotting a lot of mainstream adaptations, I’d still want to give this a firm pass.

“Foundation” Season 1 (Apple TV+, Sept. 24): I remember reading Foundation when it was still a trilogy and thinking, “Wow, what big concepts! But no human beings.” There were characters with names and everything, but they all seemed like plot vehicles more than actual people. There was a special dearth of significant female characters, IIRC. For that reason (and sheer scope), “Foundation” was deemed un-adaptable to the screen for decades. But hey, the first two episodes have recognizable human beings, and most of the major characters are female. Not to mention eye-popping special effects. Good start, Apple. 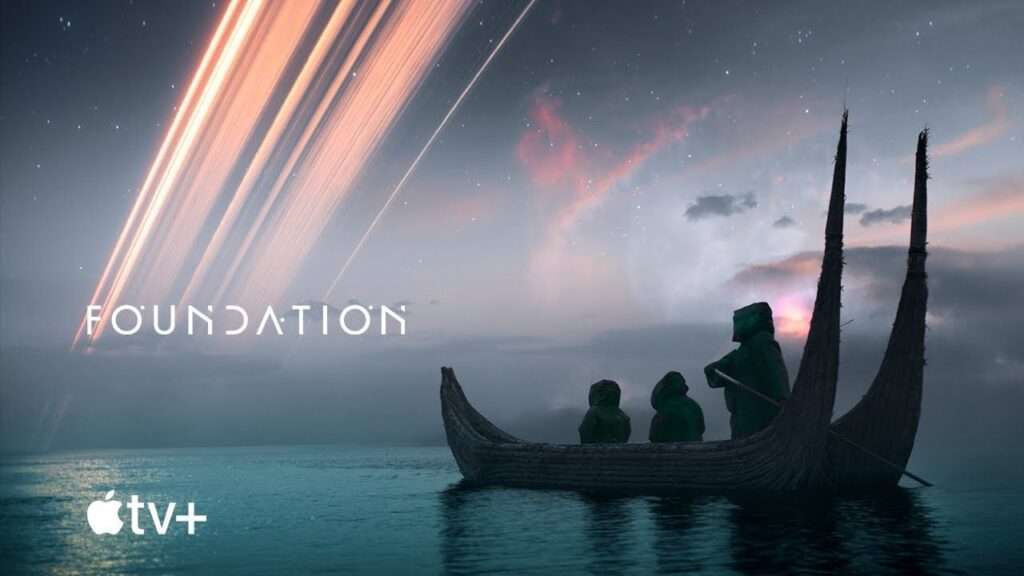 Well I already took note of this, based on David Goyer’s involvement with the production, and wasn’t impressed by the emphasis on “non-binary” characters. Something curiously not made clear in this puff piece. What’s so “recognizable” about that? Pathetic. How can that ensure “recognizable humans”, let alone alien humanoids? And I’m not enticed by special effects either. Hollywood already sank into way too much of that in the past 20 years.

“Batwoman” Season 3 (The CW, Oct. 13): To be honest, I found the first season so dreary it took me a while to get into the second, especially since the lead actress quit, which is usually the kiss of death. To my relief, Javicia Leslie turned out to be a better Batwoman than Ruby Rose. And the upcoming season promises some expansion into the Bat-mythos, including Poison Ivy (Bridget Regan) and Batwing (Camrus Johnson).

All of which is cool and all, but when are we going to get a real, honest-to-Alfred Batman TV show instead of near-misses like “Batwoman,” “Birds of Prey,” “Gotham” and “Titans”? Seriously, all this dancing around the Big Guy is getting tedious. What’s Ben Affleck doing these days?

Considering Batman’s been overused, why does this matter? For now, this too is pretty sugary commentary, all the more reason to avoid what’s become another wokefest.

“DC’s Legends of Tomorrow” Season 7 (The CW, Oct. 13): I only watch this show intermittently, because it really is just a comedy where the status quo is always in flux. But it’s a really well-done comedy, and I can roll with whatever team is present when I tune in.

I’m not sure how a TV show that’s succumbed to as much leftist ideology as the Supergirl show can be that funny, and that’s why I’m not tuning in. 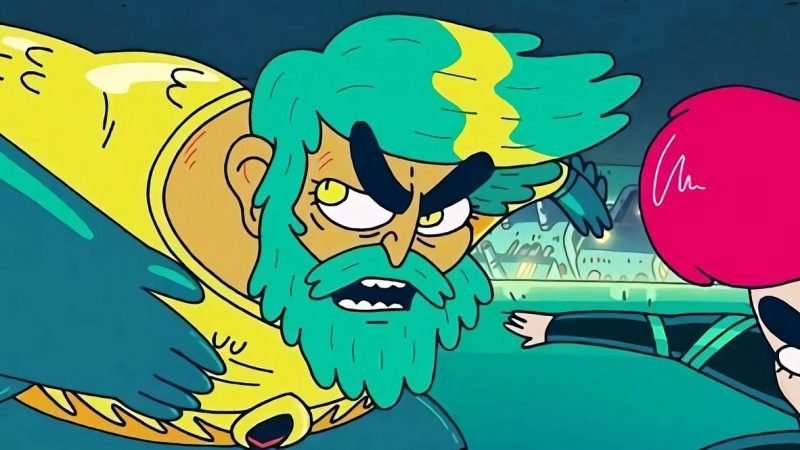 “Aquaman: King of Atlantis — The Animated Trilogy” (HBO Max, Oct 14): This three-episode series features some wackadoodle animation and a bizarre Aquaman with a blue beard. Could be some serious aqua-fun.

I’ve got a feeling it’s not, if only because, not only is there a possibility this too’ll be a wokefest, it could be just as lethargically animated as the Thundercats Roar cartoon.

I vaguely remember a time when Data the android in Star Trek: The Next Generation said during the 3rd season that the popularity of television didn’t last beyond the year 2040. For all we know, that might end up being a prediction, based on the way things are going on TV with all these overwrought adaptations.