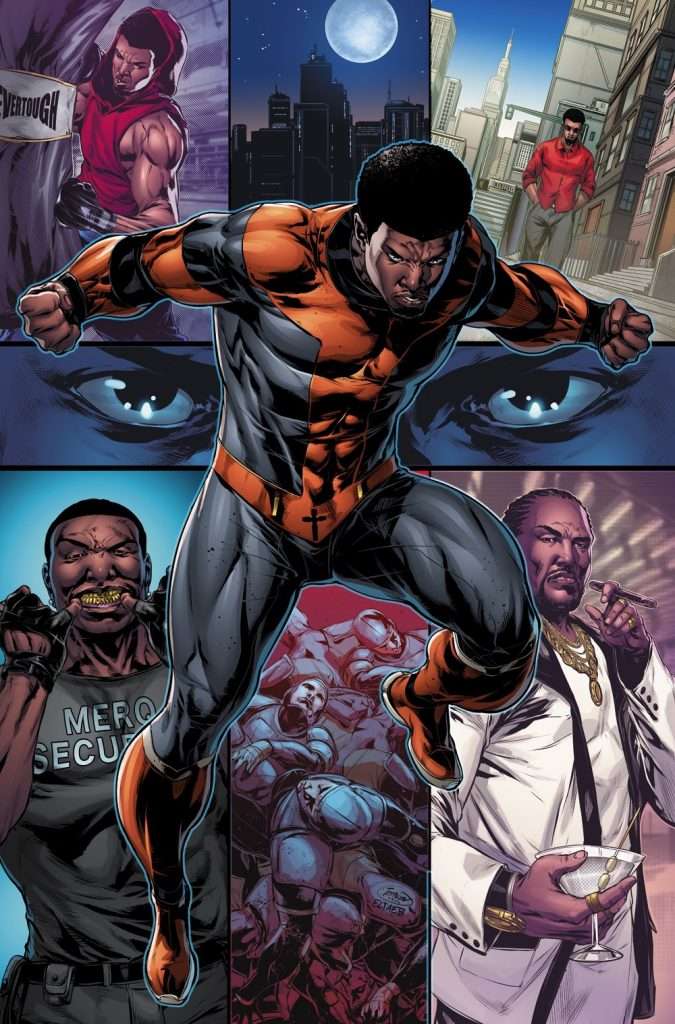 The Daily Signal’s written about podcaster Eric July’s success with his new independent comics venture, and they point to how, after all these years of dumbfounding neglect by conservatives, now the entertainment landscape as we know it is seeing a renaissance by right-wingers who’re developing their own entertainment products:

This shift from woke content comes as conservatives experience a renaissance in the creative space. Conservative cartoonists like George Alexopoulos spread their work to burgeoning audiences online, while outlets like The Daily Wire are working on creating a conservative film empire on the backs of films like “Run, Hide, Fight” and “Terror on the Prairie.”

But until “Isom,” comics have been mostly ceded to the left. Which is a bit weird when you think about it.

Comics seem like a natural haven for pro-American and conservative values. Superman and Captain America exist as avatars for the best the country can be.

Superman is hugely powerful and could destroy the planet if he wanted to. But as someone who stands for positive American values, he instead uses his powers for good.

Why have conservatives allowed the left to corrupt these stories and make superheroes yet another mouthpiece for their woke propaganda? Americans clearly enjoyed comics featuring pro-America superheroes in the past and are avoiding new leftist content like the plague.

The proper response to this resurgence in conservative, non-woke media is to cultivate it. Buy a comic made by someone who doesn’t toe the woke line. Support them financially because they won’t get any help from the radical leftists in charge of comic titans like Marvel or DC.

Now that’s an excellent query alright, and author Matt Walsh provided an answer some time before. Simply put, conservatives for many years abandoned only so many mediums and industries of all sorts to the left, when here, they could’ve set up their own publication outfits specially for comics in the 1980s when businesses like Dark Horse were getting started, and instead, conservatives just vehemently refused to make any serious efforts to establish themselves en masse, while those who did get into the entertainment biz were virtually left to fend for themselves. Come to think of it, another good query the Daily Signal could’ve raised is why conservatives who can afford it don’t seek to purchase existing businesses, build them up with potential, and thus improve the dire state of affairs we’re in now? Well I hope in the forseeable future, we’ll be seeing right-wingers actually discuss buying already existing properties and businesses and improve their status so that in the future, those who admire Jerry Siegel, Joe Shuster, Joe Simon, Jack Kirby and Stan Lee’s creations will be encouraged to buy the output again without having to feel concern the finished products will be blatant excuses for conservative bashing and worse. Come to think of it, I hope there’ll be indie creators in the meantime who’ll be willing to tackle serious issues plaguing the world like Islamic terrorism, LGBT propaganda, sexual/drug abuse and free speech issues. Why, these kind of subjects shouldn’t even have to be viewed as political in the sense they’re literally wrong to be focused upon at all. Cowardice in dealing with the topics is exactly why they remain prevalent problems. Anybody who continues to allow the current atmosphere of political correctness to impede upon creativity is not going to turn around an already dire situatioin. Those conservatives who really do care should consider these issues as the subject of a comic book too.