Economic Upheaval: How Comics Are Managing During the Pandemic 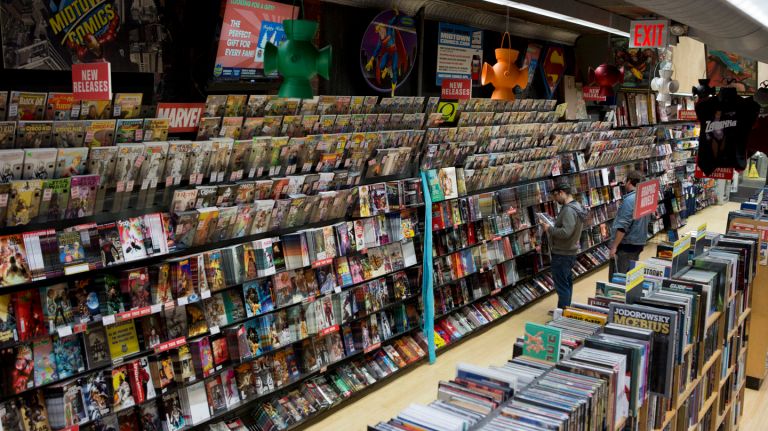 The Seattle Times has another article about another district in the USA where comic specialty stores have suffered problems because of the Coronavirus pandemic. It also begins with a comment by Dark Horse’s manager that bothers me:

The list of economic upheavals that Mike Richardson, publisher of Milwaukie, Oregon-based Dark Horse Comics and owner of the Things From Another World comic book store, has managed to overcome in his 30-plus years in business is harrowing.

The coronavirus pandemic is just the latest.

“There was ‘Black September’ and the crash of the black-and-white comics in the late ’80s, the speculator bust of the mid-’90s, the dot-com bust of the early 2000s, 9/11, and the Great Recession of 2008,” Richardson said. “We made it through those events, and though this is far more serious, we’ll make it through this one, too.”

I don’t like how he implies that 9-11 wasn’t as serious a situation as Coronavirus. That’s taking an awfully big risk there. We had a situation in the USA where violence was visited upon innocents by followers of a violent religion, and he has to run the gauntlet of making it sound like 9-11 wasn’t a much worse situation? I’m sorry, but that’s not very responsible thinking. Just like the following isn’t very respectable of the medium, eyebrow-raisingly enough:

The pandemic has many fearing for the future of the comic book, that beloved but increasingly anachronistic driver of modern pop culture. We live in one of that industry’s great hubs, with four of the top 20 publishers and a high density of creators, so what matters to the comics industry matters in the Pacific Northwest.

In what way is comicdom “anachronistic”? In terms of the format? I’m getting vibe somebody doesn’t really appreciate the art form, and to discover a press paper – mainstream or otherwise – making a statement so contemptible is disgusting.

Now, shutdowns mandated in the wake of the virus have exposed, and exacerbated, just how fragile the comic book ecosystem is.

Gig-working creators are largely out of work and waiting for checks, while the very limited printing and distribution system handicaps publishers who compete for space like mushrooms in the shadows of the big two, Marvel and DC, which control about 80% of the industry.

At least on this they’re telling what went wrong with the business. Very few distributors and printing facilities available, to say nothing of a failure to find more, or to adapt to formats most distribution services would find more profitable.

…North America’s two specialized comic book printers — both located in Canada — shuttered, as did the only major comics distributor, Diamond Comic Distributors, which handles about 75% of the comic books sold in the U.S. Already-printed comics got trapped in distribution warehouses, too.

See, this would have to symbolize the problem further. Only 2 factories dedicated to this kind of format, both located outside the USA, and nobody seems interested in setting up another one, because the cost is too much. But that’s not all:

The fear is that at some point the margins will become so thin, creators will start getting out en masse.

And Norman has a paying gig. He’s under contract at Vault Comics and is involved with a creator-owned project. But he’s tired of waiting on checks.

The pandemic has also sidelined an important source of cash for creators — the convention. The biggest, San Diego Comic-Con, has been canceled and many others were postponed, including Emerald City Comic Con, which has been rescheduled to August.

“Ultimately, I think a lot of creators are screwed because I’m not going to a convention any time soon,” Norman said. “And, from people I’ve talked to, I think everybody’s going to be scared because for years now, going to a convention, comic book creators would get their disinfectants out and their Purell and talk about the ‘con crud’ or the ‘con flu.’ So that’s a big problem I see for creators.”

So now, there’s a worry, with validity, to be sure, that some will exit the business because it just isn’t paying well. Though I do think it’d be ill-advised to let illnesses discourage one from going to conventions, because all that does make us all look insecure. Besides, aren’t video game conventions also a place to worry about the same? 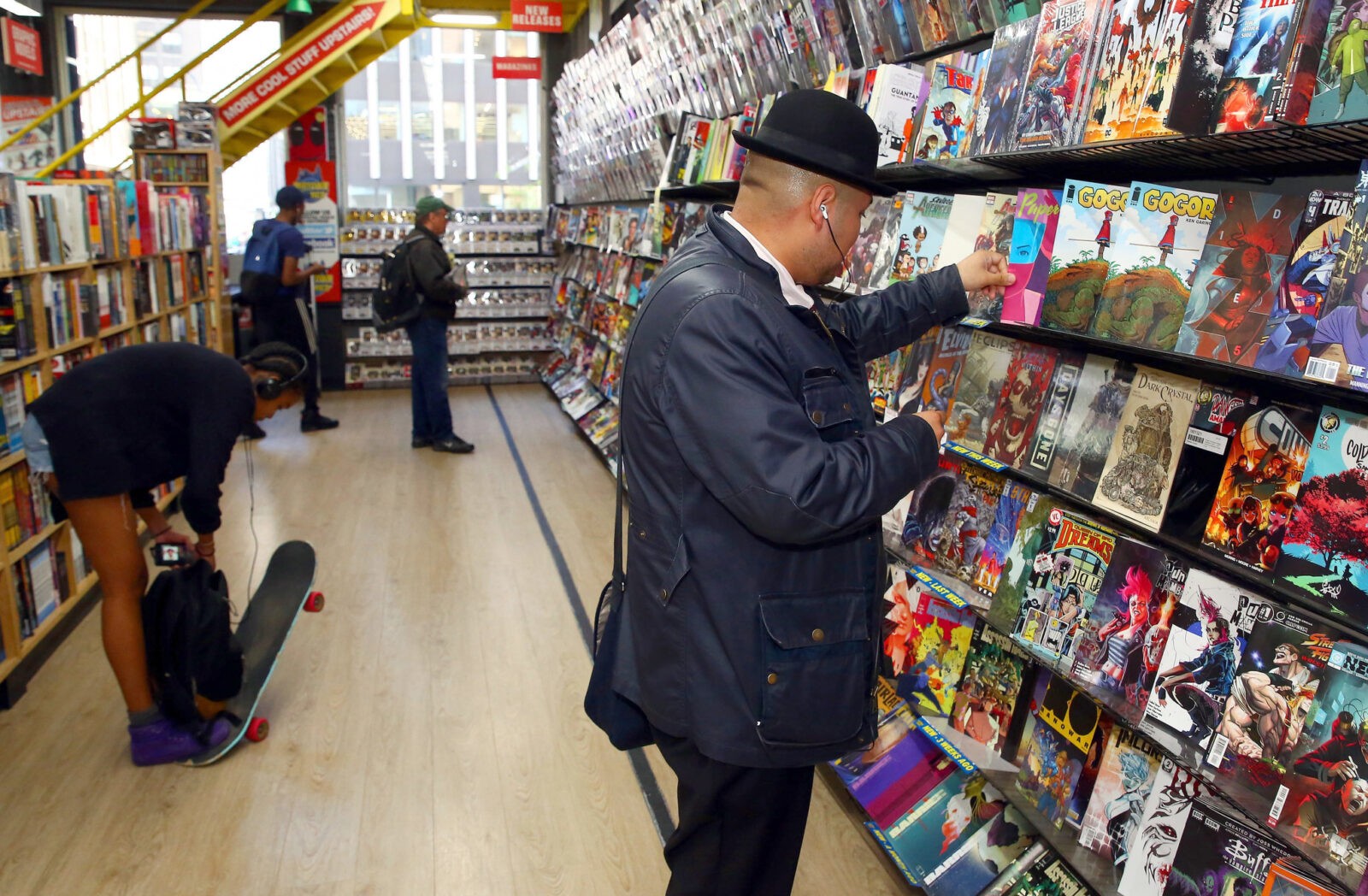 Image’s publisher, Eric Stephenson, also had quite a fascinating argument to make regarding the disappearance of comics from grocery stores:

Distribution problems aside, Stephenson believes publishers have brought a lot of the current problems on themselves.

“Diamond is neither the cause nor the solution to our industry’s problems,” he said. “The fact that comics aren’t carried in convenience stores or groceries or newsstands anymore isn’t Diamond’s fault — it’s the publishers’ fault.”

Indeed. Just like it’s their fault they made the pamphlets unreturnable. It’s all part of their alarming veer towards insularity, which hurt the industry’s image badly. But, surely Image isn’t just as guilty, if they’ve made no more effort than other publishers like them to get their own products sold in groceries?

Stephenson pointed to Marvel’s decision last year to restart the X-Men franchise with a stunt, as an example. The company put out two separate, six-issue series that had to be read together to get the complete story. By the time readers were done, they’d spent $60 on 12 issues.

“You could get five months of Netflix for that, and continuing to produce comics that require that type of investment isn’t a blueprint for continued success,” Stephenson said. “If the industry is going to survive, let alone evolve, we need to get back to providing inexpensive entertainment that focuses on what makes comics unique as an artistic medium, and make that product available as widely as possible.”

One solution may be to finally liberate the industry from the “pamphlet” or “floppy” format. Fantagraphics has a model that relies on graphic novels rather than installments, and it has given them much more flexibility during the pandemic. Graphic novels and other book formats like manga are easier to print overseas, often cost less to produce than a single issue of a comic book and (perhaps most importantly) are carried by a wide number of distributors, including the world’s largest.

Well at least here, towards the end, somebody’s speaking reason. It’s laughable whenever you see various publishers vehemently refusing to change their business model, sticking with pamphlets till the bitter end, and in hindsight, I think it’s regrettable if some of the early veterans never took steps to have the formats changed for the better. Well, it’s time for modern workers to do what their predecessors failed. 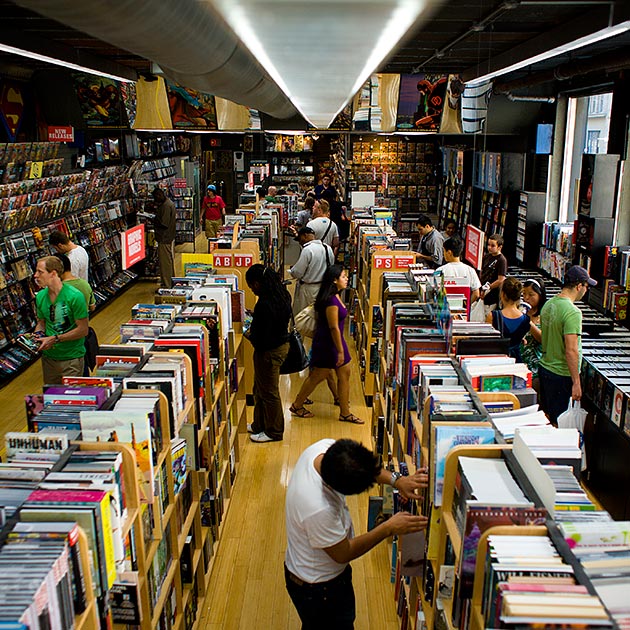 And business marketing isn’t the only vital step needed. There’s also artistic merit required. Even clearing away all the phony, disastrous “continuity” of the past 2 decades in Marvel/DC is a serious must, and bad employees/contributors have to be ousted. Otherwise, the books won’t sell. An important artistic step that could be made in any format as a sign of respect for readerships is to restore the Spider-marriage in Marvel. Even DC has got messes that, if they haven’t been cleaned up yet, it’d do a lot of good to get started. Similarly, crossovers need to be jettisoned, and I assume that until now, most publishers relying on them balk at ceasing because that could serve as a way to put an end to their tasteless mandatory control over the products. Oh, and lest we forget, they have to stop with all the rabid leftist politics.

So is anybody going to heed good advice, which Fantagraphics and Image seem to be? Only time is going to tell, and we can’t be shocked if they don’t.