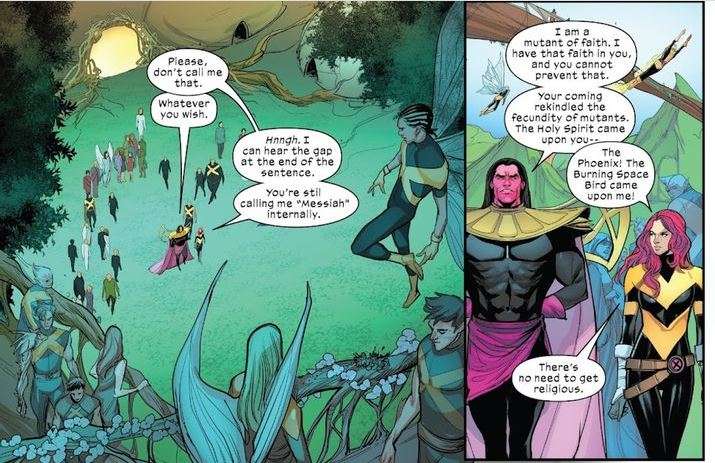 Bounding Into Comics told of the latest head-shakingly ridiculous path taken in the X-Men, as Jesus Christ is portrayed as a mutant, as though it weren’t already implausible enough Moira MacTaggart were subjected to the same:

In a move that surely has no possibility of backfiring, Marvel has confirmed in the premiere issue of Immortal X-Men that, at least within their 616-continuity, the miracles performed by the Christian savior Jesus Christ were not the result of his Holy existence, but rather a latent X-gene.

It’s also written by Kieron Gillen, the same writer who nearly a decade ago retconned Tony Stark’s background so Iron Man was no longer the son of Howard and Maria Stark. So now, he’s mocking religious history, as though that’s going to solve anything. This does nothing to improve upon Gillen’s past record of shameless retcons, as now he’s venturing into what could be considered even more religious/political territory that’s not bound to appeal to anybody. 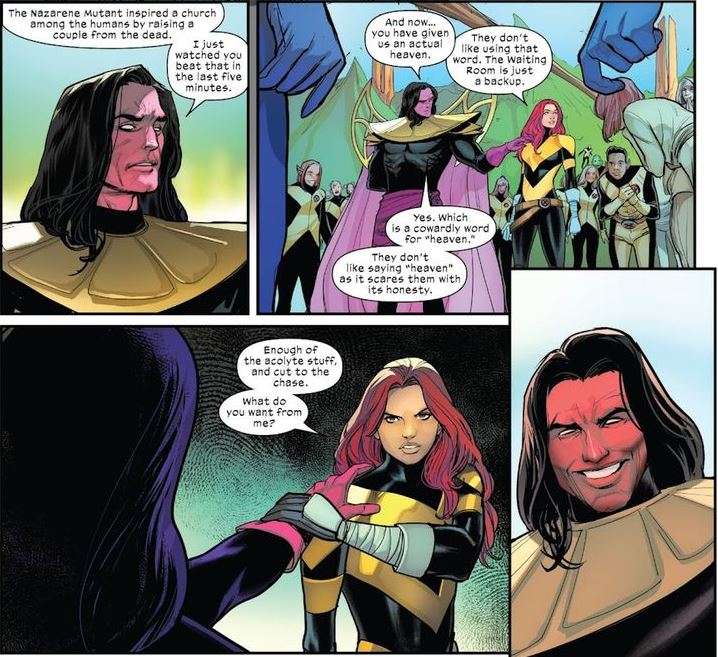 What it does make clear is that Gillen’s another bad writer at Marvel who needs to be let go, along with Dan Slott and Jason Aaron, to name but some more bad writers in their stables. Unfortunately, nepotism to date’s ensured that no matter how wretched their writing is, the editorial won’t take them off the payroll.